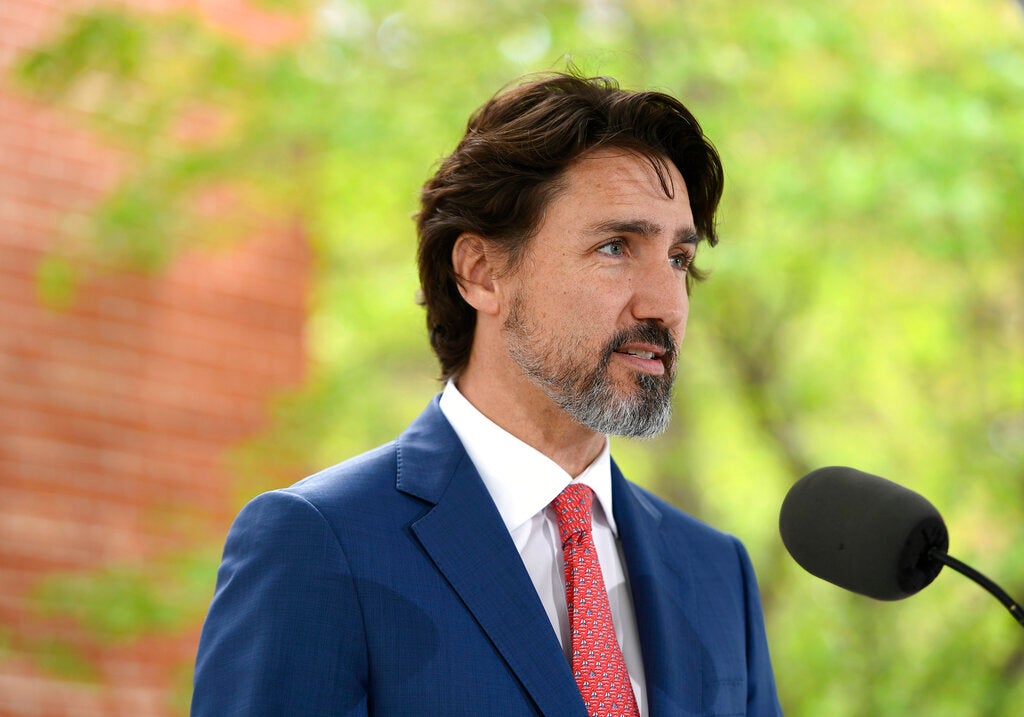 TORONTO — Canadian Prime Minister Justin Trudeau said Tuesday that Canadians are watching what’s unfolding in the United States with “horror and consternation” and he paused for 21 seconds when asked about U.S. President Donald Trump and the use of tear gas against protesters to clear the way for a photo opportunity.

Trudeau has long been careful not to criticize Trump as Canada relies on the U.S. for 75 percent of exports. But Trudeau, who is usually quick to answer, paused and struggled to come up with the right words when asked about Trump calling for military action against protesters and the use of tear gas for a photo opportunity.

“We all watch in horror and consternation at what is going on the United States,” he said. “It is time to pull people together.”

Police violently broke up a peaceful and legal protest by several thousand people in Lafayette Park across from the White House ahead of a speech in the Rose Garden by Trump on Monday. The protesters had gathered following the police killing of George Floyd in Minneapolis a week earlier.

Afterward, Trump strolled out of the White House gates and walked across the cleared Lafayette Park to make a surprise visit to St. John’s Church. Trump, standing alone in front of cameras, raised a Bible. He didn’t mention Floyd, the church or the peaceful protesters police had just cleared away.

In the same question Trudeau was also asked what message he is sending if he didn’t comment about Trump’s actions.

“Clearly, Trudeau was not expecting this pointed question. I think he was considering whether to respond at all, which could have been taken to mean he was not going to criticize Trump,” said Nelson Wiseman, a political science professor at the University of Toronto.

“His comments are a criticism of Trump without naming Trump,” he said.

Wiseman said Trudeau was wise not to mention Trump directly.

“Trudeau is smart enough to know that. Trump has shown that he can blow a fuse even if he isn’t mentioned directly, as happened at the end of the G7,” Wiseman said.

Trump vowed to make Canada pay after Trudeau said he wouldn’t be bullied in trade talks at the conclusion of the G7 meeting in Quebec in 2018. Trump called Trudeau “weak” and “dishonest.” He threatened tariffs on cars and slapped them on steel. 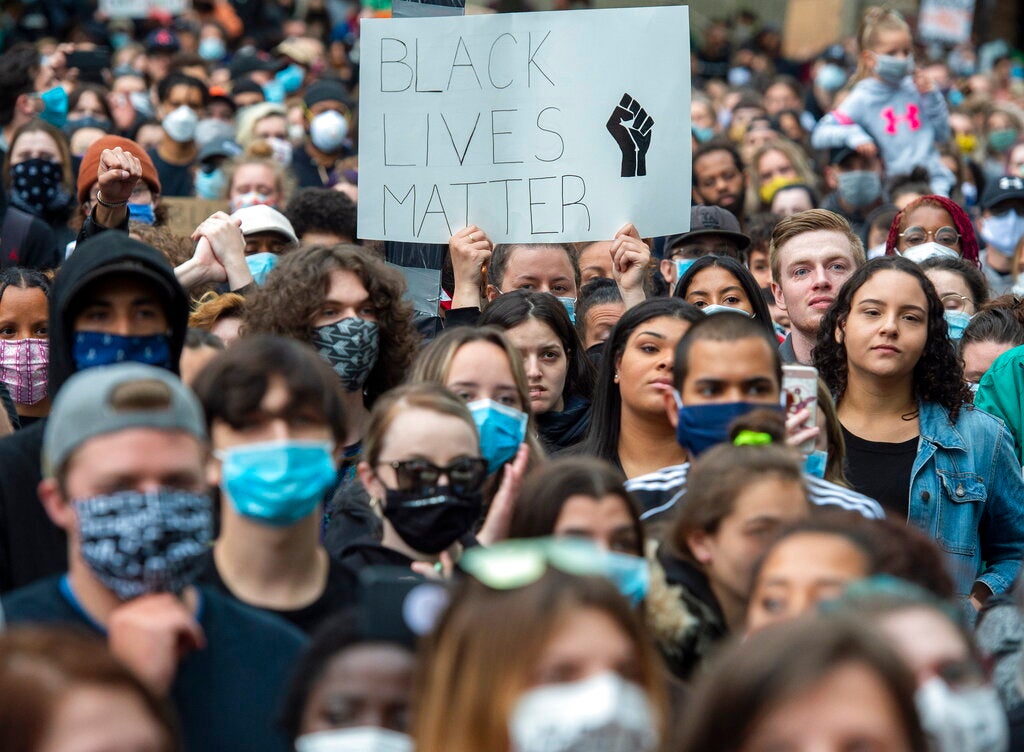 Protesters demonstrate against police action in the death of George Floyd and others in Halifax, Nova Scotia on Monday. (The Canadian Press via AP)