Low pressure builds up near Aurora 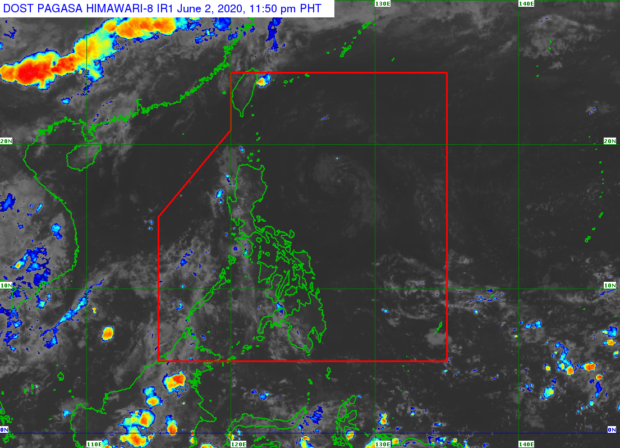 MANILA, Philippines — A low pressure trough has been seen east of the country, but is not expected to develop into a tropical depression, the Philippine Atmospheric, Geophysical and Astronomical Services Administration (Pagasa) said on Tuesday.

As of 4 p.m. on Tuesday, the weather system was estimated at 690 kilometers east of Casiguran, Aurora province.

The trough, which is not affecting any part of the country, is expected to dissipate in the next 24 to 36 hours, said Pagasa weather specialist Ana Clauren.

The intertropical convergence zone, however, may bring partly cloudy to cloudy skies with scattered rain showers or thunderstorms on Wednesday over Western Visayas, Mindanao and Palawan.

Localized thunderstorms, meanwhile, may also cause isolated showers in Metro Manila and the rest of the country.

Pagasa earlier reported that two or three tropical cyclones might form this month and enter the country’s territory, based on the weather bureau’s historical data.

Weather forecaster Ariel Rojas said these cyclones could either recurve back to the Pacific Ocean or hit Eastern Visayas or Bicol region.