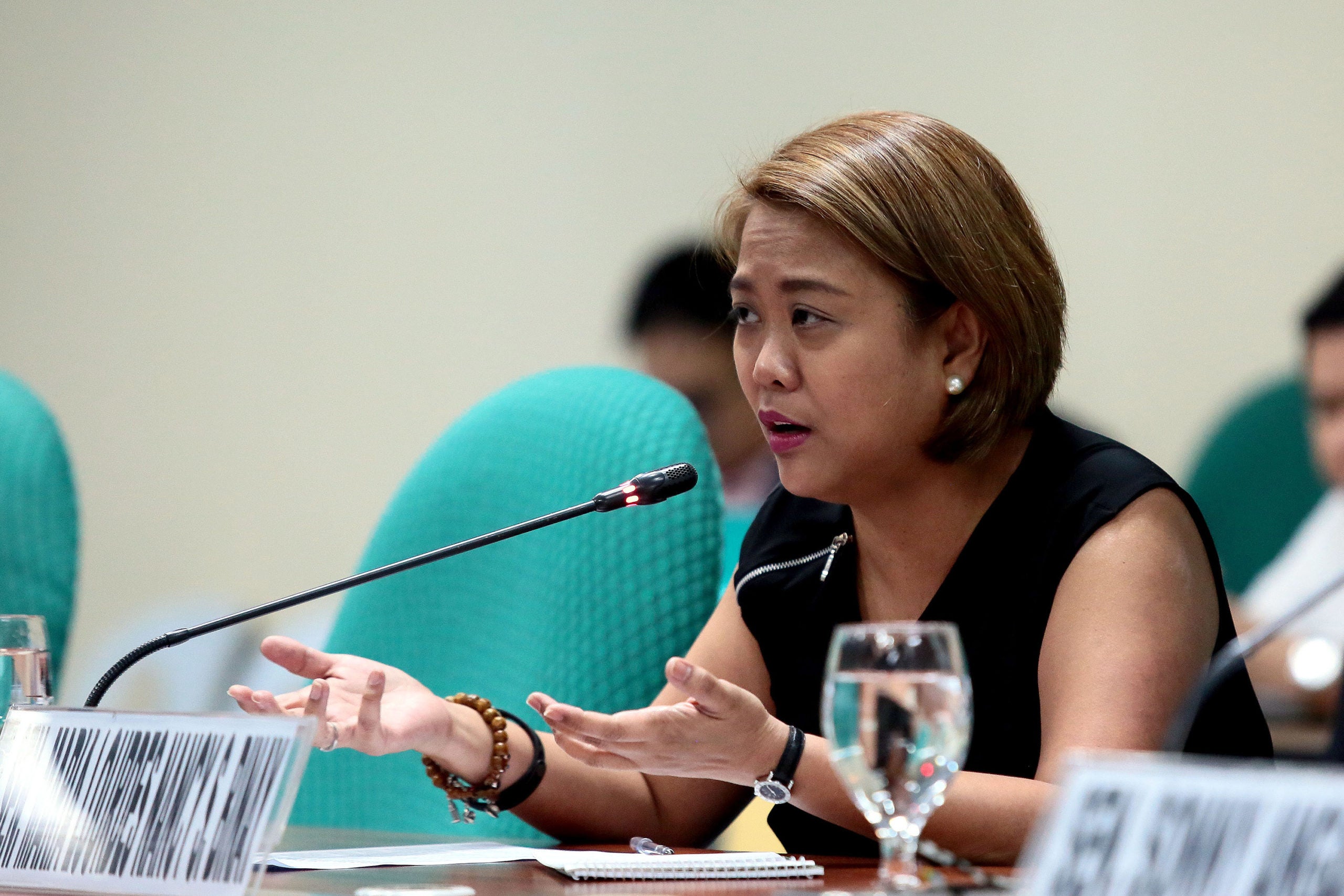 MANILA, Philippines — Senator Nancy Binay on Tuesday dared the government transport executives to commute to experience for themselves the guidelines they have enforced under the general community quarantine (GCQ) and to understand the daily struggles of the riding public.

Binay posed the challenge to transport officials and policy-makers, saying that Metro Manila’s shift to a less strict GCQ “without a clear plan for the commuting public only added to the chaos, misery and confusion.”

“Ano ba talaga ang plano ng DOTr sa (What really is the plan of the Department of Transportation for) commuters? Three months under ECQ [enhanced community quarantine] and still they have no clear plan in place. What happened to foresight? Mabuti sila’t aircon ang mga sasakyan (Lucky for them their cars have aircon),” Binay said in a statement.

(Why don’t DOTr officials try to commute from their homes to their offices? They should experience for themselves the challenge being faced by the commuters. They won’t be able to plan well if they don’t feel and understand the people’s daily struggles).

Binary believes the government was “not prepared” to manage mobility requirements under a GCQ scenario “since there were no adequate buses or public transportation to ferry commuters to and from work.”

(It is so unfair for the commuters that those with private vehicles have no restrictions. They have very limited choices. DOTr knew that Metro Manila and the rest of the regions will soon be transitioning to the new normal).

“They knew that 30% of those in NCR [National Capital Region] will start going to work by June 1—tapos ang idi-deploy eh truck ng libreng sakay (then they will deploy trucks for free rides) which compromise and breach all health protocols particularly physical distancing,” she added.

She also warned that commuters in areas under the GCQ or the modified GCQ will continue to face “chaos” and “travel miseries” should there be no “holistic and realistic” public transport plan in place.

(Not everyone going to work travels through EDSA or Commonwealth. Banning jeepneys on the streets is unrealistic, anti-commuter at anti-worker).

“Obviously, DOTr is favoring a certain segment of the mass transport sector, while ignoring and isolating the biggest public transport segment which the majority of the commuting public depend on,” she added.

Binay also said that with many jeepney routes left unserved, the government has abandoned “one of the most vulnerable sectors that move people and economy.”

“When you exclude the jeepneys from the equation, you also have abandoned 250,000 families—and their children are the ones who suffer the most,” she stressed.