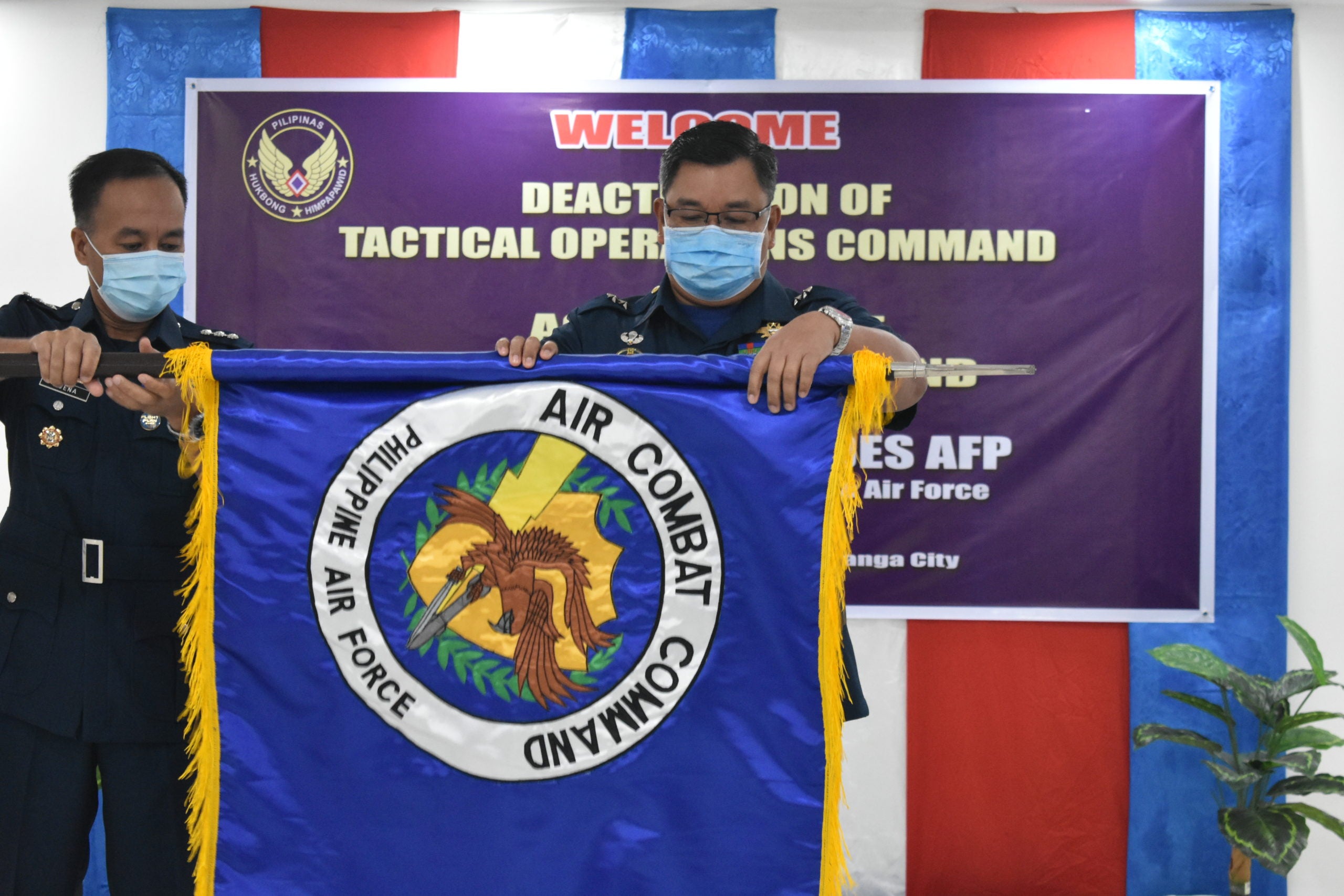 In a video teleconference, Air Force chief Lt. Gen. Allen Paredes on Monday (June 1) presided over the activation of the new unit, which followed the deactivation of the Tactical Operations Command.

Command and control of the 15th Strike Wing and 710th Special Operations Wing were transferred to the jurisdiction of the Air Combat Command, said Air Force spokesperson Lt. Col. Aristides Galang in a statement.

The 530th Air Base Group was likewise handed over to the Air Combat Command.

“This significant change is our definitive response to ensure that our units are dependable and functional to support the increasing combat demands of the Armed Forces,” Paredes said.

Tactical Operations Wings was placed under the control of Paredes.