In a letter to Speaker Alan Peter Cayetano Monday, Duterte certified as urgent House Bill No. 6875 which amends the Human Security Act of 2007. 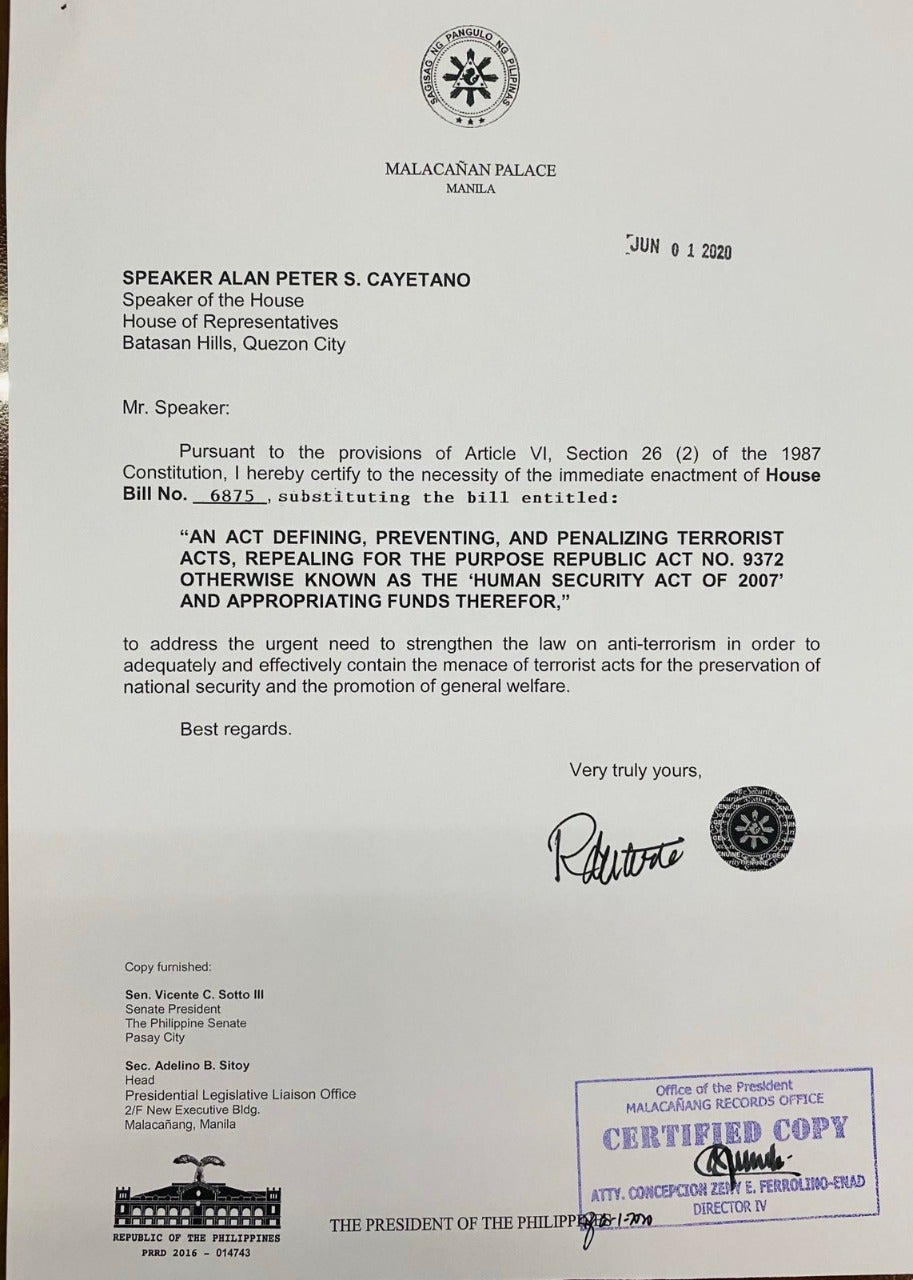 Duterte in his letter said the passage of the measure is to “address the urgent need to strengthen the law on anti-terrorism in order to adequately and effectively contain the menace of terrorist acts for the preservation of national security and the promotion of general welfare.”

Both the House Committees on Public Order and Safety and on Defense and Security adopted the Senate version of the bill last week.

Any person who shall voluntarily and knowingly join any organization, association or group of persons knowing that such is a terrorist organization, shall likewise suffer imprisonment of 12 years.

The same penalty shall be imposed on any person found liable as an accessory in the commission of terrorism.

Further, the measure exempts law enforcers from liability for illegal detention or failing to present an arrested person to a court within the prescribed period.

The bill was met with criticism from lawmakers and even netizens who made “#JunkTerrorBillNow” climb up the trending topics on Twitter Philippines.

Bayan Muna Rep. Carlos Zarate, who voted against the measure, said it may cause a spur of human rights violations in the country.

Sen. Francis Pangilinan who also voted against the bill in February said the measure would allow law enforcers to keep an eye on private individuals.