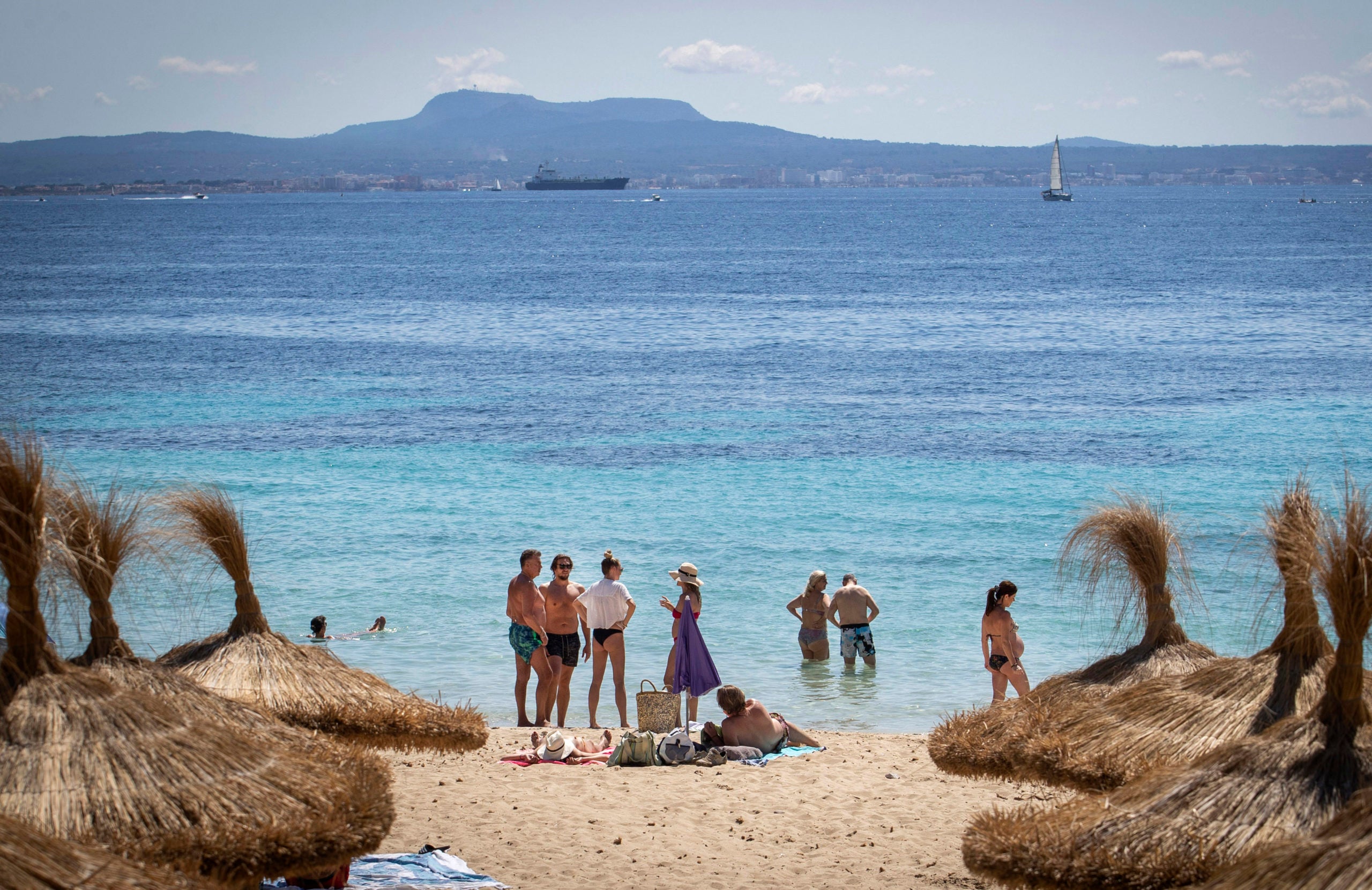 People sunbathe at Illetes Beach in Calvia on Mallorca Island on May 30, 2020. – Spain’s government on May 31, 2020 said it would seek parliament’s approval to extend the state of emergency by another fortnight, until June 21, which would allow to keep on restricting people’s mobility during deconfinement process. (Photo by JAIME REINA / AFP)

MADRID – Prime Minister Pedro Sanchez said Sunday he will seek parliament’s approval to extend Spain’s state of emergency one final time, which would keep the coronavirus lockdown in place until June 21.

The current emergency is set to expire on June 7, and the Socialist premier told a press conference that one last two-week extension was required while welcoming that his hard-hit nation is “on the verge of arriving safely” out of confinement.

The sixth extension since March will need to be ratified on Wednesday by the 350-seat parliament, where Sanchez’s coalition is in a minority.

But he can count on a Catalan independence party to abstain, as well as the support of Basque nationalists, under deals which he sealed on Saturday.

In mid-May, Sanchez tried to extend the state of emergency for a full month but was forced to reduce the request to two weeks to secure the support of the center-right Ciudadanos party.

Announced on March 14, the state of emergency has allowed the federal government to control the response in a country where regional governments hold great sway.

Spain has been one of the most affected countries by the pandemic, but as its numbers of new cases and deaths have slowed, it has gradually lifted the lockdown.

The measures are expected to be fully lifted in late June or early July, depending on the region.