Won’t you please, please help us?

The country’s film and entertainment industry on Friday appealed to the government to come to its aid as the COVID-19 pandemic rendered its 865,000 workers jobless and was expected to result in revenue loss of P100 billion for the sector this year. 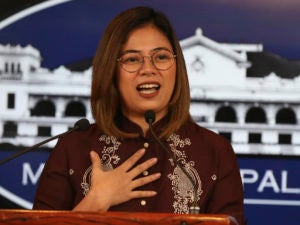 Liza Diño-Seguerra, the Film Development Council of the Philippines (FDCP) chair, said the closure of movie theaters, concert halls, bars, hotels and other venues since March 14 had brought the entire entertainment industry to its knees.

She noted that a study done by the National Economic Development Authority revealed that the arts, entertainment and recreation sector was the “hardest-hit business sector,” eclipsing the devastating economic effects of the pandemic on tourism.

“We humbly pray that our industry will be given space in the economic stimulus package that our esteemed legislators are working so hard for,” Seguerra said during a seven-hour online Senate hearing.

The hearing, presided by Sen. Sonny Angara, was held to discuss seven proposed measures seeking to provide financial assistance to various sectors bludgeoned by the health crisis and to extend the period covered by Republic Act No. 11469, or the Bayanihan to Heal as One Act, up to at least Sept. 30.

“We were the first to be canceled and we are going to be the last to recover since our industry [requires] mass gathering,” Seguerra said.

“This industry, while we are considered now as nonessential, has been integral in our daily lives. And now we are in danger of significant collapse without government aid and support,” she said.

Seguerra said the FDCP had distributed a total of P20 million in financial subsidy to freelancers, artists and other members of the audio-visual industry, who each received up to P8,000.She said the Department of Budget and Management did not grant its request for a P50-million budget for the subsidy.

Since four out of five workers in the entertainment industry were considered self-employed and members of the informal sector, she said they were not able to benefit from the cash aid from the Department of Labor and Employment and the Social Security System.

Seguerra said workers in the movie industry would need cash subsidies for at least six months.

“Our trajectory to perform work in full force will be gradual even if the sector will commence and start to conduct business activities,” she said.

“There are a lot of strict health and safety protocols to mitigate COVID-19 within our community and employment will still be limited,” Seguerra added.

“That is something that [producers] continually pay except, I think, during the film festivals,” Poe said.

“If they cannot suspend the amusement tax or defer it at this point, I think that can be utilized to fund the cash assistance that the FDCP is extending [to entertainment workers],” she added.

Revilla said freelance workers in the industry should also receive cash aid from the second tranche of the government’s subsidy program.

“Informal workers who have not yet received any aid from government will be prioritized in the second tranche [of the distribution of cash aid],” Angara said.