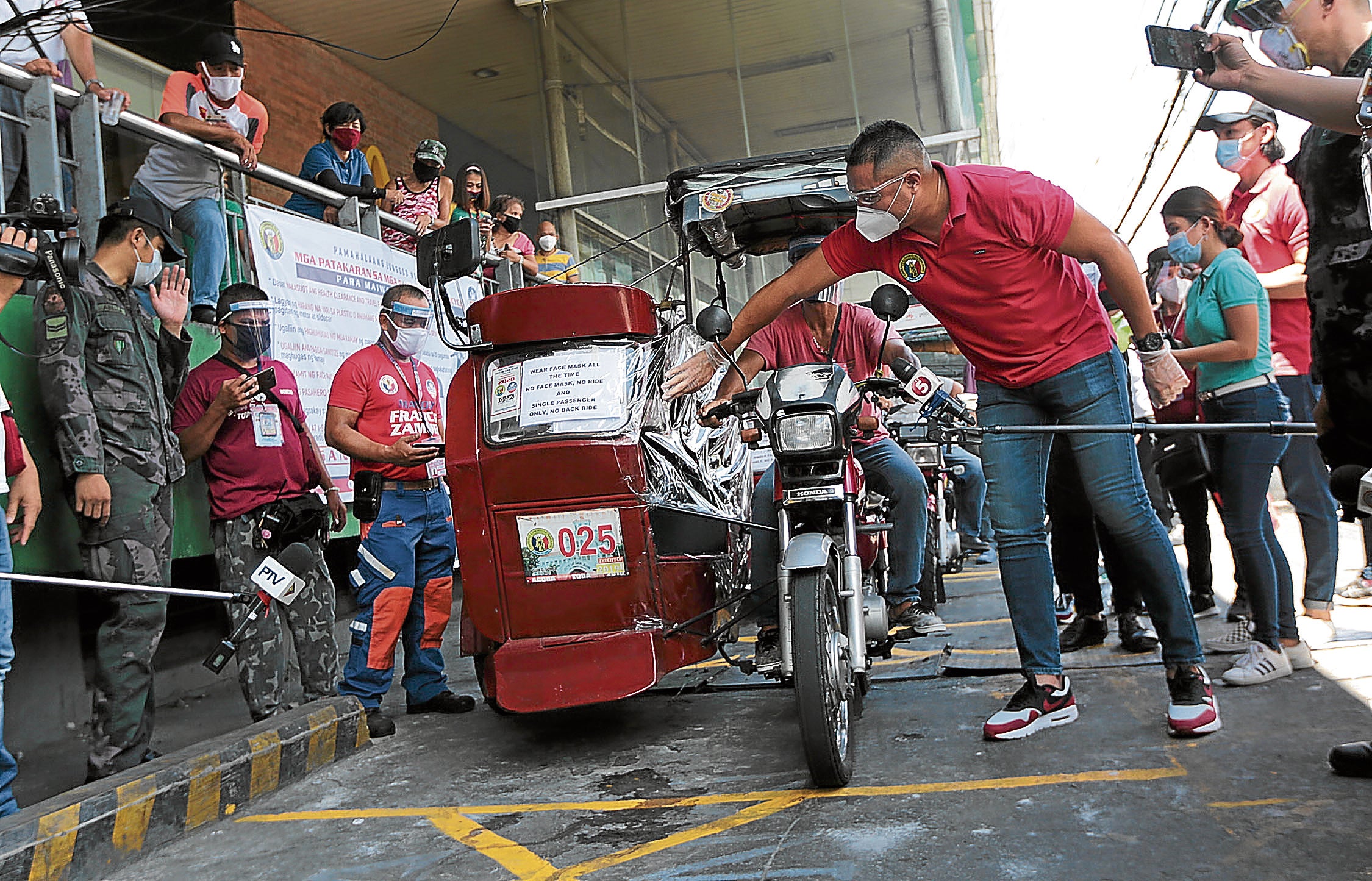 Tricycles resumed operating on Thursday in San Juan City, while four tricycle drivers in Marikina City were confirmed positive for COVID-19 amid the city’s aggressive testing program for returning workers.

San Juan Mayor Francis Zamora told the Inquirer that while testing was not a must for the city’s 900 tricycle drivers, he had ordered mandatory physical examinations at the city health office, which would also perform contact tracing to determine possible exposure to COVID-19 carriers.

Only drivers “deemed fit and healthy” would be issued a health pass, which the drivers were required to wear as they plied the city’s roads. Other measures that have been uniformly adopted, like a one-passenger limit and installation of plastic dividers, were also ordered.

Zamora said he was wary of deploying rapid testing kits being used now to test tricycle drivers in cities like Mandaluyong, where at least 277 drivers tested positive, because they are known to be less accurate than the gold-standard PCR (polymerase chain reaction) tests.

“If any drivers feel they have symptoms and want PCR tests, we will give it for free,” he said.

Marikina said four of its tricycle drivers were found to be infected after undergoing PCR tests.

It is one of the few cities that have used government funds to undertake an ambitious mass testing program, which has benefited 5,465 tricycle drivers and 5,912 factory workers.