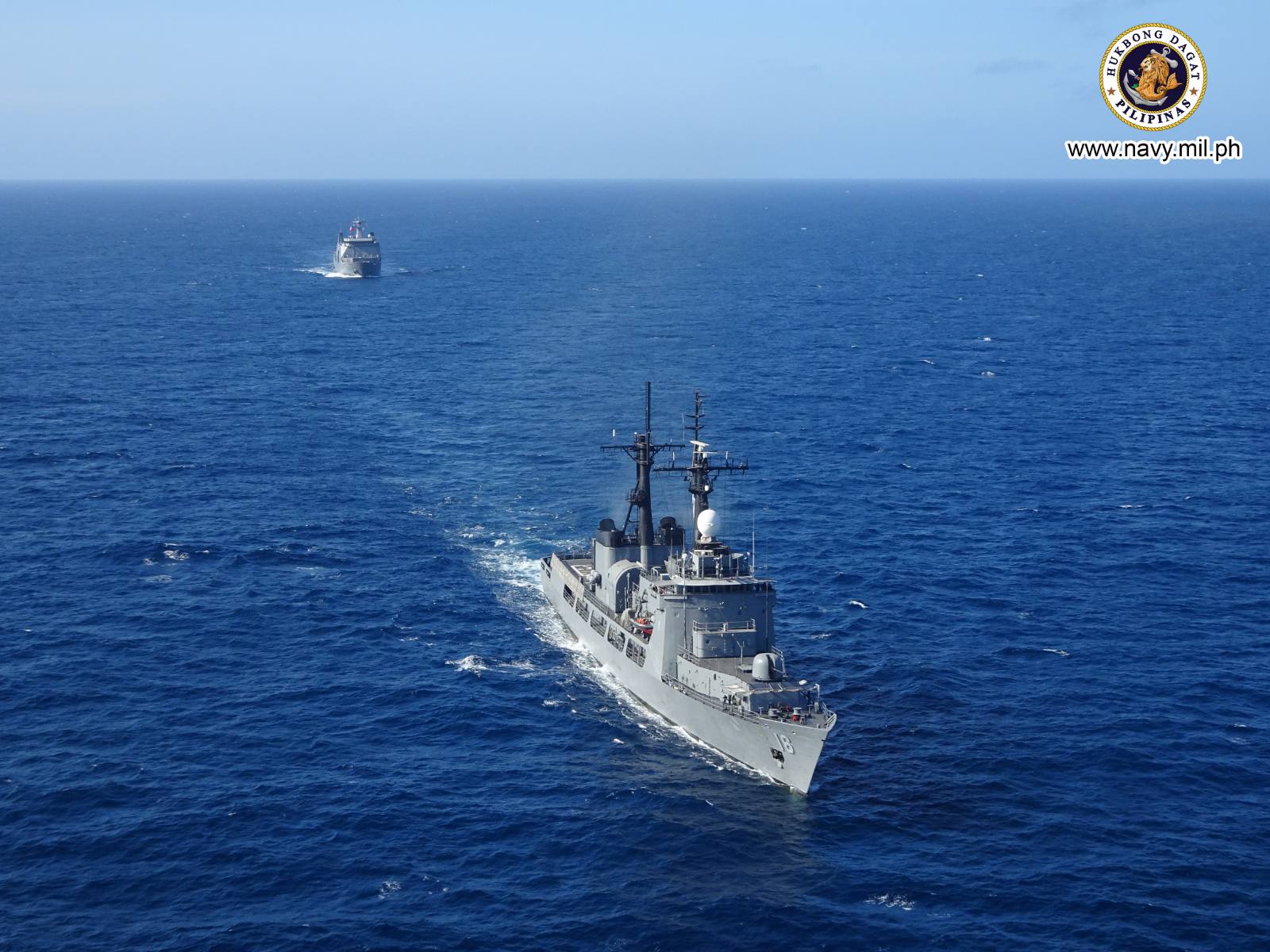 Two Philippine Navy vessels delayed in coming home from India by different reasons have already left the port of Cochin, India on Wednesday (May 27) and are on their way to the Philippines. NPAO

MANILA, Philippines—Two Philippine Navy vessels delayed in coming home from India by different reasons have already left the port of Cochin, India on Wednesday (May 27) and are on their way to the Philippines.

The BRP Ramon Alcaraz (PS-16) and BRP Davao del Sur (LD-602) were supposed to return home to the Philippines on May 7 yet, after making a short stop in India to pick up stranded tourists and donations of personal protective equipment.

But fire broke out in the main engine room of BRP Ramon Alcaraz five hours after it left the port, forcing it to go back to India along with BRP Davao del Sur.

As the fire-damaged ship was being repaired, BRP Davao del Sur sailed alone on May 9, but a brewing storm, Amphan, forced her to go back to Cochin, India on May 11.

The BRP Ramon Alcaraz has been restored to being seaworthy, the Navy said.

It said the Philippines’ defense cooperation agreement with India allowed Indian authorities to provide help in fixing the BRP Ramon Alcaraz, leading to the repair of the Philippine ship’s main propulsion engine, generators, auxiliary systems and other essential pieces of equipment.

The Philippine Navy statement said the “pandemic situation” made the transport by air of “material support from the US Naval Sea Systems Command” unavailable.

But experts and logistics, the Philippine Navy said, “will be available” at Subic Freeport when the Alcaraz arrives there.

The Alcaraz and Davao del Sur would drop anchor at the Port of Colombo on May 29 to pick up 12 Filipino tourists and overseas workers stranded in Sri Lanka by travel restrictions in place as a result of COVID-19.

The 12 Filipinos, the Navy said, would join 19 repatriates from India “in separate rooms” in the Davao del Sur “with 24-hour monitoring” by a medical team on board the ship.

The Philippine government deployed the two ships to Oman last January to help repatriate overseas Filipino workers, who would want to return home following the assassination by the United States of top Iranian general Qasem Soleimani, which drove tensions close to a full-blown war in the Middle East.

Tensions have eased in recent months and OFWS have opted not to return to the Philippines. The ships, however, were ordered to stay put and remained in Oman for almost three months until April 21.