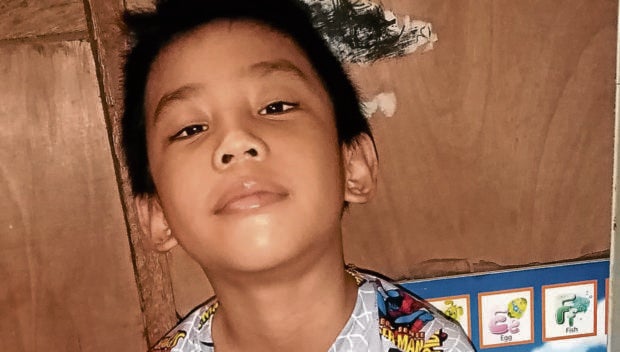 MANILA, Philippines — When Caesar Antonio Marifosque was diagnosed in 2014 with attention deficit hyperactivity disorder (ADHD) with bipolar disorder and epilepsy, his medical expenses and occupational therapy were shouldered by his father.“But when my husband Antonio died five years ago, all the money he had left us was spent on our son’s treatment and medication,” Annabelle Subingsubing, Marifosque’s mother, told the Inquirer.

The 9-year-old boy is her only child with the insurance agent who died of liver cancer. She has four other children from a previous relationship.

Only Marifosque and her eldest daughter, Rachel, live with her in Parañaque City. The rest of her kids are with her brother and sister in the province.

“I cannot provide their daily needs, much less send them to school, so I asked my family for help in raising them,” Subingsubing said.

Before Metro Manila was placed under lockdown in March, Marifosque was taking resperidone (P25 each) and methylphenidate (P155 each) every day to help him sleep and remain calm. He also underwent occupational therapy once a week. Each session costs the family P1,120. His last monthly checkup with a psychiatrist at the UP-Philippine General Hospital was on March 13.

“It has been two months and I am afraid for my son because he has not taken his medicines. He can’t sleep, he’s always restless and hyperactive and he has been having seizures,” Subingsubing said.

Read Next
Did You Know: Metro Manila had most of new HIV cases in Oct-Dec 2019
EDITORS' PICK
Water remains our saving grace right now
For nation’s birthday, Trump slams the enemies within
Military on heightened alert in Maguindanao after BIFF attacks
Give anti-terror law a chance, ditch misinformation – Defense Sec. Lorenzana
EuroMillions Superdraw: A lottery draw unlike any other is coming to the Philippines
Smart releases Hyun Bin’s second TVC
MOST READ
NAIA Terminal 3 to open for international flights starting July 8
Hyun Bin: ‘I will meet with my Filipino fans first’
BI officers sacked for ‘fictitiously’ encoding Wirecard COO’s entry to PH
Anti-Terrorism Council’s first move: Make a list
Don't miss out on the latest news and information.