WHO suspends trial of hydroxychloroquine as COVID-19 treatment 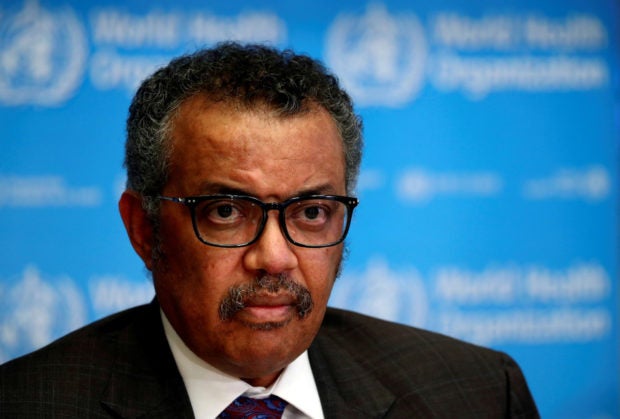 BRUSSELS — The World Health Organization, or WHO, said on Monday that it has temporarily suspended the trial of hydroxychloroquine as a drug to be used in treatment of COVID-19 after an article in medical journal The Lancet suggested it caused a high mortality.

Launched by the WHO and its partners more than two months ago, the Solidarity Trial initiative aims to evaluate the safety and efficacy of four drugs and drug combinations, including hydroxychloroquine, against COVID-19. More than 400 hospitals in 35 countries are actively recruiting patients and so far nearly 3,500 patients from 17 countries have been enrolled.

On Friday The Lancet published an observational study on hydroxycholoroquine and chloraquine, and their effects on hospitalized COVID-19 patients. The authors reported that among patients receiving the drug, when used alone or with a macrolide, a higher mortality rate was estimated.

WHO Director-General Tedros Adhanom Ghebreyesus said that the executive group of the Solidarity Trial, representing 10 of the participating countries, met on Saturday, and had agreed to review a comprehensive analysis and critical appraisal of all evidence available globally.

He said the review will consider data collected so far in the Solidarity Trial and, in particular, robust randomized available data, to adequately evaluate the potential benefits and harms of this drug.

“The executive group has implemented a temporary pause of the hydroxychloroquine arm within the Solidarity Trial while the safety data is reviewed by the Data Safety Monitoring Board,” he told a virtual news conference from Geneva.

The other arms of the trial are continuing, he added. “I wish to reiterate that these drugs are accepted as generally safe for use in patients with autoimmune diseases or malaria,” he said, in reference to hydroxychloroquine.

The Lancet study involved 96,000 COVID-19 patients, nearly 15,000 of whom were given hydroxychloroquine, or its related form chloroquine, either alone or with an antibiotic. It found that these patients were more likely to die in hospital and develop heart rhythm complications than other COVID-19 patients in a comparison group.

United States President Donald Trump shocked the world last week when he said that he has been taking hydroxychloroquine, the drug he has also promoted in previous speeches.

But in an interview aired on Sinclair Broadcasting on Sunday, Trump claimed that he had “just finished” taking a two-week course of the hydroxychloroquine.

“Finished, just finished,” he was quoted as saying, by NBC News.

At Monday’s briefing, Tedros was also asked to comment on China’s State Councilor and Foreign Minister Wang Yi’s remarks on Sunday that China is open to international scientific study into the origin of the coronavirus that causes COVID-19.

Tedros said the study of the origin of the virus is not new, and the group of international experts visiting China in February have already agreed on that. “So it has been on the table. It’s a matter of continuing and doing it,” he said.

He said that all stakeholders understand the importance of studying the origin of the virus to prevent it from happening again in the future.

Mike Ryan, executive director of the WHO Health Emergencies Program, said he is very pleased to hear a very consistent message coming from China, which is one of openness to such an approach.

“I don’t believe there is a date yet for scientific mission but we will be looking forward to doing that as soon as possible,” he said. Both Tedros and Ryan said last week that priority now is to contain and control the spread of the virus.

“The number of scientific collaborations between Chinese institutions and institutions all over the world is also a very positive sign,” Ryan said.