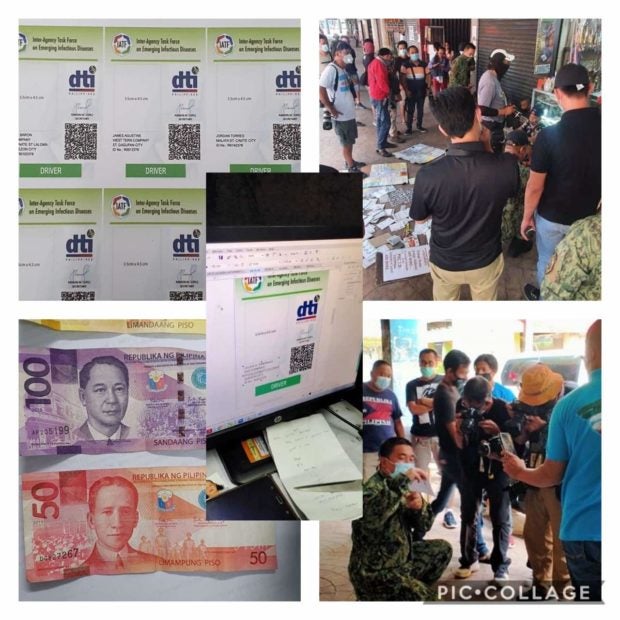 MANILA, Philippines — Police have arrested a computer graphics designer and six others in Sampaloc, Manila for producing counterfeit quarantine passes.

The primesuspect was identified as 32-year-old Johnny Perez Jr. who was arrested by the police along C.M. Recto Avenue in Sampaloc, Manila, on Monday.

The suspects were allegedly manufacturing fake IDs made to appear like it was issued by the Inter-Agency Task Force for Infectious Diseases (IATF) to Department of Trade Industry (DTI) personnel.

Police were able to confiscate a computer printer,  monitor,  scanner,  laminating machine, an ID cutter and a sample of fake DTI-IATF IDs.

The suspects were brought to Tondo Medical Center for examination then later to the Sampaloc police station.

They will be charged with violation of Article 172 of the Revised Penal Code in relation to the Bayanihan to Heal as One Act, police said.