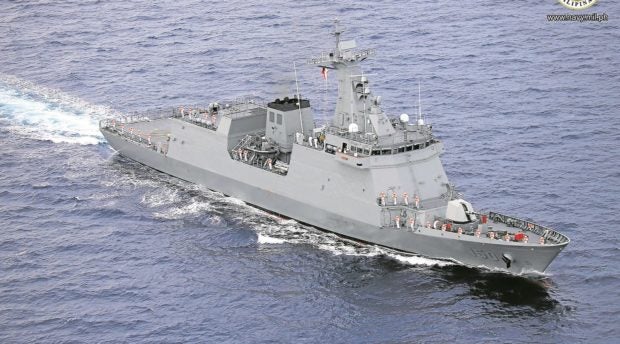 NEWEST NAVY ASSET The BRP Jose Rizal will be commissioned on June 19 to coincide with the birthday of its namesake. —PHOTO COURTESY OF PHILIPPINE NAVY PUBLIC AFFAIRS OFFICE

MANILA, Philippines — The Philippine Navy’s first missile-capable frigate will be officially christened and put in active service as BRP Jose Rizal (FF150) on the national hero’s birthday on June 19.

The vessel reached Philippine waters on May 21, exchanging signals with BRP Quezon (PS70) stationed in Mavulis Island, and was met the next day by three Navy patrol boats off Bolinao, Pangasinan.

Roxas said the crew of BRP Jose Rizal would undergo a two-week quarantine period as part of government-imposed health protocols to stop the spread of the new coronavirus disease before technical inspection and acceptance of the vessel is conducted.

Malacañang on Sunday said the soon-to-be christened BRP Jose Rizal was a “breakthrough” in the transformation of the Philippine Navy as a “strong and credible maritime force.”

“The arrival of the country’s most advanced warship, delivered during this administration, is a testament to the President’s commitment to modernize our armed forces,” said presidential spokesperson Harry Roque in a statement on Sunday.

Loyalty and ‘utang na loob’ in the Duterte administration