US to sanction nine Chinese entities for rights violations 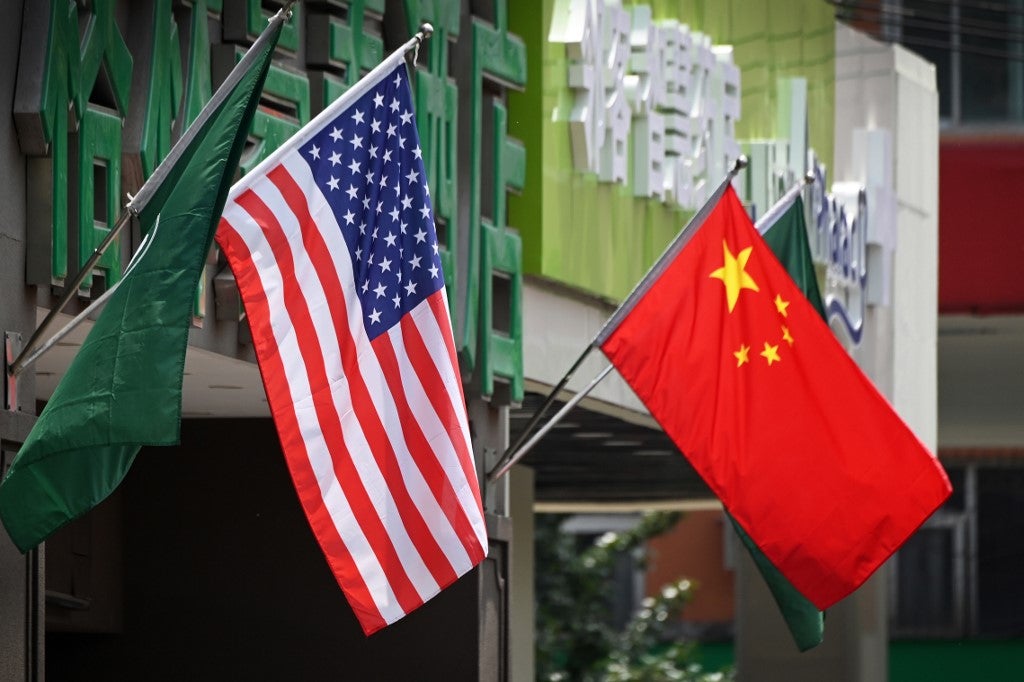 (FILES) This file photo taken on May 14, 2019 shows the US (L) and Chinese flags displayed outside a hotel in Beijing. (Photo by Greg Baker / AFP)

The US Department of Commerce said Friday it would sanction a Chinese government institute and eight companies for human rights abuses against Uighurs and other minorities in China’s western Xinjiang region.

“These nine parties are complicit in human rights violations and abuses committed in China’s campaign of repression, mass arbitrary detention, forced labor and high-technology surveillance against Uighurs, ethnic Kazakhs, and other members of Muslim minority groups in the Xinjiang Uighur Autonomous Region,” the Commerce Department said in a statement.

The sanctions followed China’s move to impose a national security law to quash the pro-democracy movement in Hong Kong, which US Secretary of State Mike Pompeo called a “disastrous proposal.”

The Chinese Ministry of Public Security’s Institute of Forensic Science and Aksu Huafu Textiles Co. will be sanctioned “for engaging in human rights violations and abuses,” while the Commerce Department penalized seven companies for enabling surveillance in Xinjiang.

All nine entities are now subject to restrictions on exports from the US, the Commerce Department said.

Washington has been increasingly active in its criticism of China’s treatment of ethnic minorities in Xinjiang and in October blacklisted 28 entities involved in rights violation in the region.

The House of Representatives and Senate need to reconcile similar acts approved last year that would seek sanctions on officials over abuses, and restrict exports of surveillance and other equipment seen as assisting in repression in Xinjiang.

Uighur activists and witnesses say China is seeking to forcibly integrate the ethnic group. Beijing argues that it is offering vocational training in a bid to discourage extremism.

Tensions are also growing between the world’s two largest economies after President Donald Trump accused China of misleading the world on the origins of the coronavirus, which first emerged in the Chinese city of Wuhan.