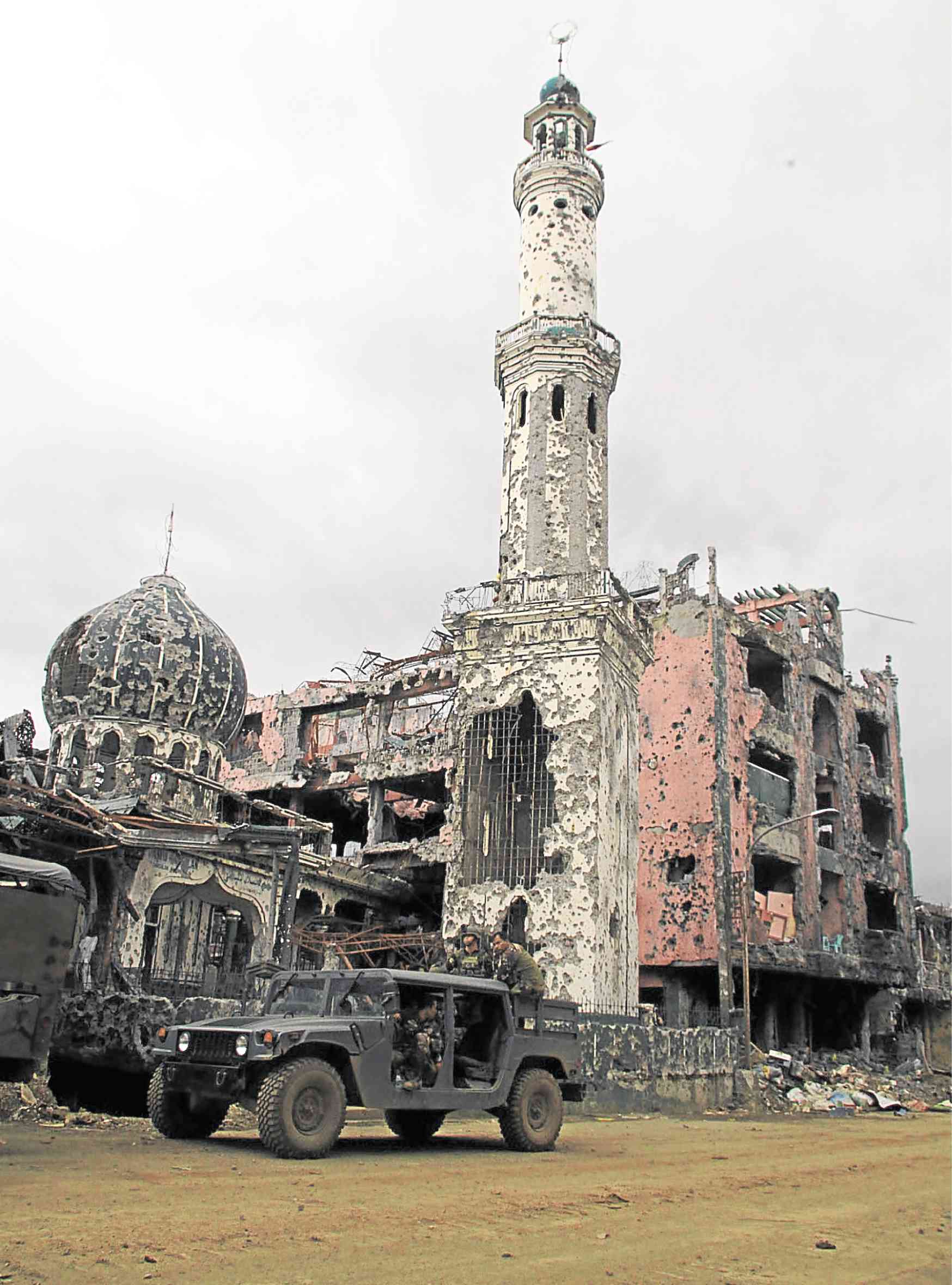 MANILA, Philippines —  Vice President Leni Robredo is calling on concerned agencies to accelerate efforts in the recovery and rehabilitation of Marawi City which she said is being “neglected” because of supposed inaction since its occupation by Islamic militants and the clashes to liberate it three years ago.

Robredo joined the country in marking the third anniversary of the Marawi siege on Saturday.

“Three years of inaction and neglect in Marawi is a thousand days too long. We call on all concerned agencies to accelerate their actions while exercising full transparency,” Robredo said in a statement on Saturday.

“Marawi is not merely a tragedy to be remembered; it is an ongoing problem that needs to be solved,” she added.

The Marawi siege, which began on May 23, 2017, was a five-month long clash between government troops and militants allied with the Islamic State who captured it.

The protracted clash ended in October that year, as leaders of the militants were killed, including Isnilon Hapilon.

But three years after the battle, Robredo said that the city still “lies in ruins,” while many of its residents continue to remain in temporary shelters.

“Marawi continues to suffer even as we all face the challenges brought about by COVID-19,” Robredo said. “The ongoing crisis should have by now made us realize: The suffering of one redounds to the suffering of all.”

Robredo also pointed out that temporary shelter communities “pose an even more profound challenge given the virality of COVID-19 (coronavirus disease).”

“Any outbreak in these tightly-packed communities will increase the risk for all of us, and affect a public health system that is already under tremendous strain,” the Vice President explained.

“Healing requires the entire nation to bring its resources to bear.”