President Rodrigo Duterte wants an investigation of the allegedly overpriced COVID-19 tests to be paid by the Philippine Health Insurance Corp. (PhilHealth), which a Senate inquiry had uncovered.

Presidential spokesperson Harry Roque said Mr. Duterte was “bothered” by the price difference between the testing costs cited by PhilHealth and the private sector.

The alleged test overprice was pointed out this week by both Sen. Panfilo Lacson and Senate Minority Leader Franklin Drilon.

“When the private sector bought test kits, it’s P1,750,000. But when the government buys it, it’s P4 million. So he wants an answer and an investigation,” Roque said. “Like the rest of the nation, he could not understand why the discrepancy is so huge.”

Roque was referring to the Sansure Natch CS Fully Automated Nucleic Acid Extraction System purchased by the private sector for Project ARK (antibody rapid test kits) priced at P1.75 million per unit and the Thermo Scientific King Fisher Flex Automated Nucleic Acid Extraction Machine, amounting to P4 million per unit. The overprice was flagged by Lacson during the Senate committee of the whole hearing on Tuesday.

Lacson also questioned the $32 price tab of the government-procured swabbing system compared with the $16 purchased by the private sector.

Drilon on Thursday said PhilHealth had earmarked P8,150 per test, but paid the Philippine Red Cross only P3,500 for the same procedure.

The tests are intended to determine whether a person was infected with SARS-CoV-2, the virus that causes the severe respiratory disease.

Health Secretary Francisco Duque III had clarified that the cost of testing package to be shouldered by PhilHealth actually ranged from P2,710 to P8,150.

Duque said that if the procedure was not paid by the DOH but the test kit was donated, the price would be P5,450 per test.

Roque said he would give transcripts of the Senate hearing and other documents to Undersecretary Jesus Melchor Quitain, the officer in charge of the Office of the Special Assistance to the President. 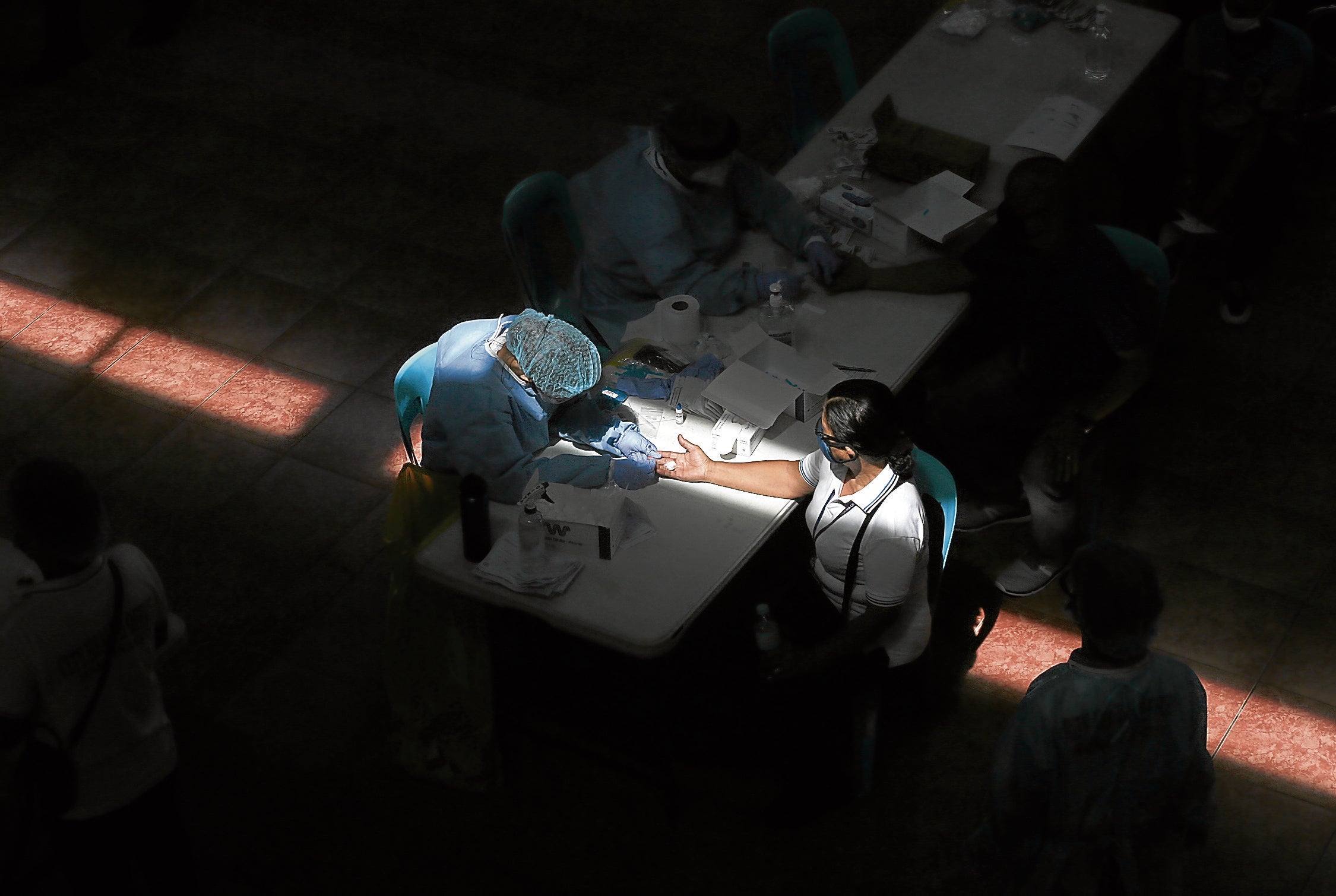 He said this contradicted the assurances made by PhilHealth president Ricardo Morales to senators on Wednesday that the state health insurer had made no actual payments connected to COVID-19 cases.

The opposition senator said the payments were made through PhilHealth’s Interim Reimbursement Mechanism (IRM).Quoting the agency’s website, he said the IRM was intended to help medical facilities “respond to the onslaught of COVID-19 in the country.”

“IRM is a ‘prepaid’ system. Before this latest development, accredited hospitals were already charging to the downloaded fund the cost of testing at a price tag of P8,150,” Drilon said.

“The amount … is equivalent to three months’ worth of claims based on historical data, which will be charged to their future claims,” he added.

Since the government was aiming to test 2 million Filipinos, Drilon said at least P8.3 billion in taxpayer money could have been wasted.

A PhilHealth press statement on April 14 said “ground zero hospitals” had already received P1.6 billion of the P30 billion under the IRM.

“The IRM is PhilHealth’s financial aid to its partner health institutions affected by natural and man-made calamities that have devastating effects on their ability to continuously provide health care to the people,” PhilHealth said.

Speaking to senators in a video conference on Wednesday, Morales said PhilHealth had not approved payments for COVID-19 tests.

On Friday, Morales told the Inquirer that “only about P13 billion [had] actually [been] released and will still be liquidated submitting proof of purchase of test kits and [personal protective equipment].”

“No liquidation so far,” he added.

Following accounting procedures, hospitals or health-care facilities will submit a liquidation document listing expense items that they had charged to PhilHealth. After examining the document, the agency may opt to disallow certain charges.

PhilHealth on Thursday announced it would reduce by nearly 50 percent the cost of COVID-19 test to P4,210.

Drilon welcomed the agency’s decision, calling it “a victory for better governance and anticorruption drive.”

“This should be a lesson to PhilHealth and the government in general: We are watching you,” he said.

Drilon said bringing down the cost of the test package would help the government to test more people for free.

“Why would PhilHealth have different prices for the same test? I am glad that PhilHealth listened to us,” he said, adding: “PhilHealth should look at lowering it to P3,500 or perhaps even lower. I have heard that some institutions can do it at as low as P2,000.” —WITH A REPORT FROM JOVIC YEE

Read Next
Galvez: Spike in infected OFWs seen, may become part of 2nd wave
EDITORS' PICK
Fairways & Bluewater Resort Boracay shines in the International Arena
Through the lens of BJ Pascual: From famed celebrities to young business magnates
2020 Filipinos of the Year: Health-care front-liners
Experience clearer calls nationwide with Smart VoLTE
Essential workers: The many faces of pandemic heroism
Finding ‘3rd generation’ crucial in contact tracing, says Magalong
MOST READ
John on Derek and Ellen: They’re both single so let them be
US capitals on edge for armed protests as Trump presidency nears end
Lacson twits Garbin ‍on Cha-cha claims
3 found bound and shot dead on Bulacan roadside were abducted from MM
Don't miss out on the latest news and information.