MANILA, Philippines — The Metropolitan Manila Development Authority (MMDA) on Friday warned riders against biking in hot weather following the death of a rider who collapsed while traversing Edsa in Makati City during the modified enhanced community quarantine (MECQ).

(Heat factors should be considered if we are on active transportation aside from biking, scooter, or walking, our health status needs to be evaluated.)

(This heat is no joke and this suspension of transportation, we have to make our own strategy.) 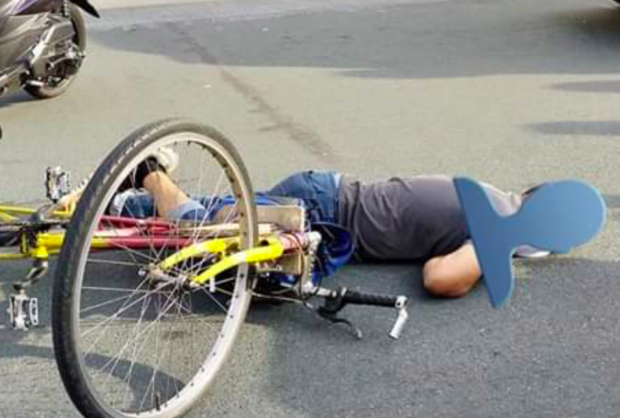 Nebrija further pointed out that the biker who expired on Edsa turned out to be a former MMDA worker.

He collapsed while traversing Magallanes Southbound in Makati, then was pronounced dead at the Makati Medical Center.

Nebrija said the biker must have died of fatigue due to the heat. He also noted that the biker might also have had a preexisting condition while traversing that have aggravated the situation.

Metro Manila is still under MECQ until May 31 which prohibits public transportation to prevent COVID-19 transmission.