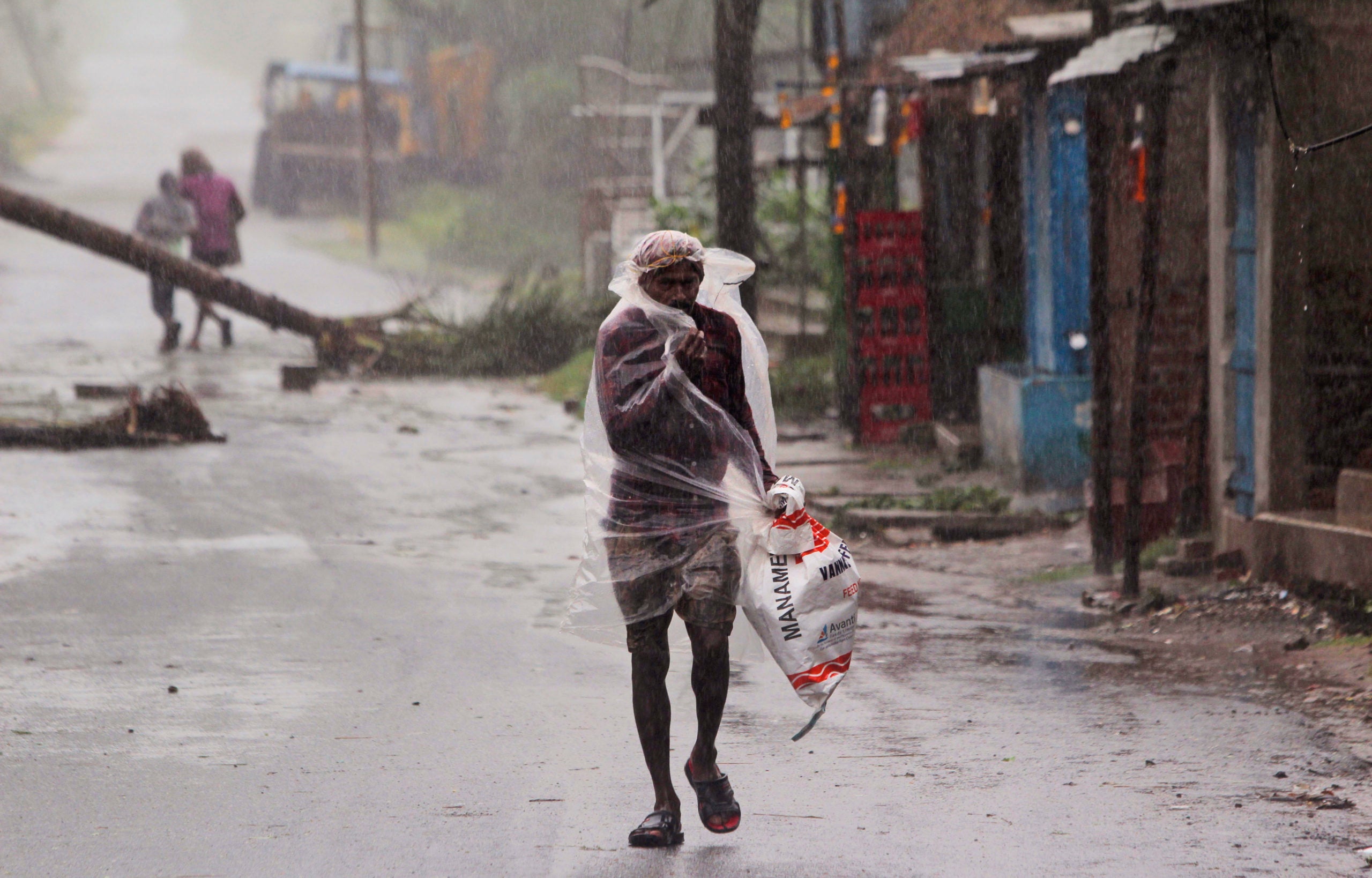 A man covers himself with a plastic sheet and walks in the rain ahead of Cyclone Amphan landfall, at Bhadrak district, in the eastern Indian state of Orissa, Wednesday, May 20, 2020. A strong cyclone blew heavy rains and strong winds into coastal India and Bangladesh on Wednesday after more than 2.6 million people were moved to shelters in a frantic evacuation made more challenging by coronavirus. (AP Photo)

NEW DELHI — A powerful cyclone that slammed into coastal India and Bangladesh has left damage difficult to assess Thursday and about 20 deaths.

In Bangladesh up to eight people have died, and 12 deaths were estimated in West Bengal state in India. The deaths in Odisha state are still being assessed. Most of the deaths were due to the collapse of walls, drowning, and falling of trees in both countries.

West Bengal chief minister Mamata Banerjee said Wednesday night the damage was difficult to assess immediately, pointing out that entire islands had been cut off from the mainland and many areas were left without electricity or phone connectivity.

Banerjee said densely populated regions of south Bengal were among the worst to be damaged.

“We are facing three crises: the coronavirus, the thousands of migrants who are returning home and now the cyclone,” said Banerjee, who is an opposition leader and one of the fiercest critics of Indian Prime Minister Narendra Modi.

In Bangladesh, at least a million people are without electricity, according to the Ministry of Power.

The South-Asian country’s Ministry of Disaster Management said hundreds of villages went under water because of tidal surge across the vast coastal region in Bangladesh. It said about a dozen flood protection embankments have been breached.

Cyclone Amphan made landfall Wednesday afternoon with sustained winds of up to 170 kilometers (105 miles) per hour with maximum gusts of 190 kph (118 mph). It weakened to a depression overnight and was over Bangladesh by Thursday morning.