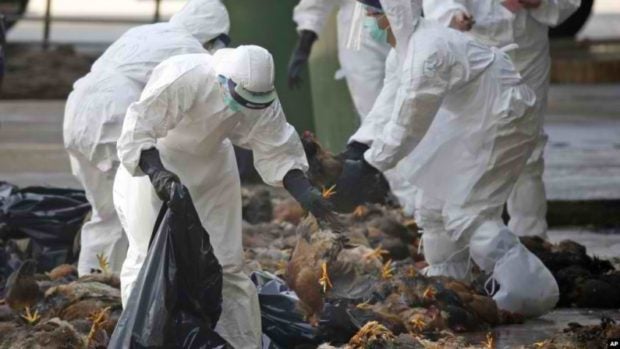 SEOUL — South Korea said Thursday it will step up measures to guard against a possible outbreak of avian flu and carry out stronger inspections in vulnerable areas ahead of wild birds’ migratory season.

The number of overseas bird flu cases reached 431 as of April this year, up from 234 cases reported for all of 2019, according to the Ministry of Agriculture, Food and Rural Affairs.

South Korea has been free of avian influenza for more than two years, with the last case having been reported in March 2018.

Nonetheless, a sharp increase in overseas cases could make South Korea much more vulnerable to the disease as migratory birds fly into the country during the winter season.

Over the December-April period, a total of 115 avian flu cases were reported from neighboring countries, including China, marking three-fold growth from the same period a year earlier.

To brace for a possible spread of the bird flu here, South Korea said it will carry out inspections on all poultry farms across the nation by the end of July, and provide a two-month grace period for those with a lack of safety measures until September.

Vehicles involved in livestock industries will be banned from traveling into areas visited by migratory birds starting September, which is earlier than the usual guideline of November. Those cars will also be requested to minimize their visits to farms.

Authorities said they will expand tests on non-poultry birds, including parrots.

South Korea remains vigilant to try to avoid another animal disease as it is still grappling with the African swine fever (ASF).

Although no additional ASF cases on farms have been reported since early October, authorities have been discovering dead wild boars carrying the disease along the inter-Korean border. The accumulated number of ASF cases found from wild boars reached 600 as of this month. Yonhap