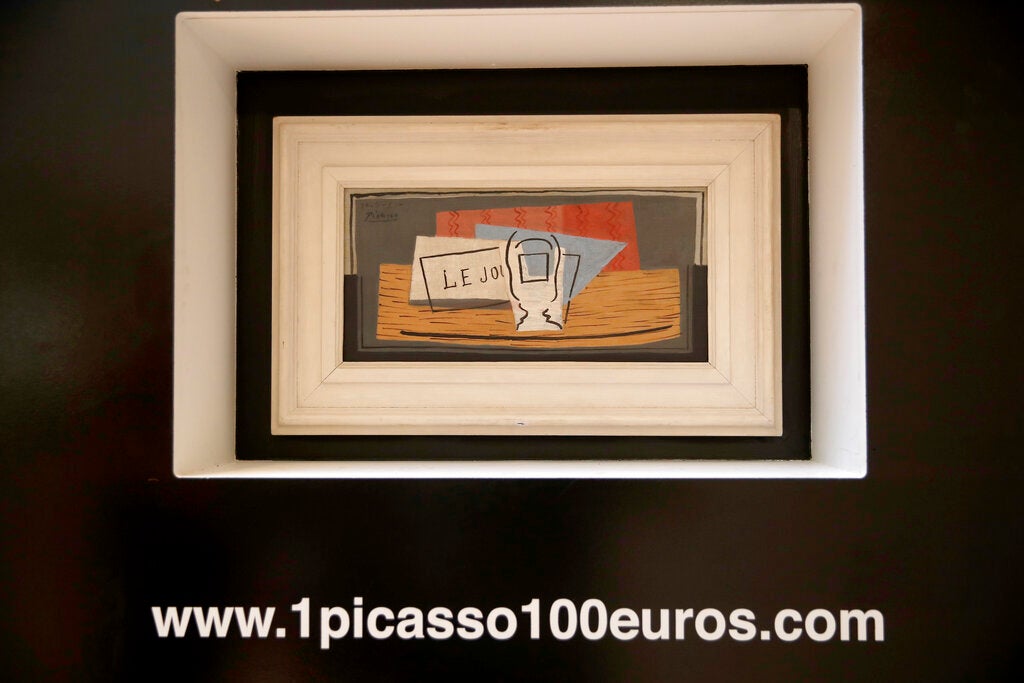 The painting “Nature morte” by Picasso hangs on a wall at Christie’s auction house on Tuesday in Paris. (AP)

PARIS  — An Italian accountant whose son bought her the raffle ticket as a Christmas present won a Pablo Picasso oil painting valued at 1 million euros ($1.1 million) in a charity draw Wednesday.

Claudia Borgogno summed up her amazement in one word: “Incredible.”

“I have never won anything before,” the 58-year-old told The Associated Press from her home in Ventimiglia, northern Italy. She said she likes Picasso, and the prospect of being able to hang one of the 20th Century master’s paintings on her wall was still sinking in.

Her son, Lorenzo Naso, bought two tickets in December, sending one to his mother.

“It was maybe the best decision in my life,” he told The AP.

The ticket was picked out in an electronic draw at the auction house Christie’s in Paris.

Organizers valued the painting, “Nature Morte,” or Still Life, as being worth 1 million euros. The billionaire art collector who provided it, David Nahmad, said the work is worth “at least two, three times” that.

“Claudia has won this extraordinary painting tonight that is worth one million and so is a millionaire,” organizer Peri Cochin announced after Borgogno’s name and winning ticket number were displayed on a screen.

The 51,140 tickets sold online for 100 euros ($109) each. Proceeds are going to provide water for villagers in Madagascar and Cameroon.

The draw was originally scheduled for March but delayed by the coronavirus pandemic. Naso told The AP that he hadn’t realized it was taking place Wednesday and wasn’t watching the live broadcast.

The call from organizers to say that his mother had won came as shock.

She didn’t believe it.

“When I arrived and I told her she has won she was like, ‘Please don’t joke,’” he said. “She is not going to sleep tonight.”

Naso, an analyst for the European Union’s securities markets regulator, lives in Paris but has been staying with his mother in Italy during the coronavirus lockdown.

“It was a pretty awful period for us during this lockdown and now it’s great news,” he said.

Nahmad will be paid 900,000 euros for the work. The painting was the smallest of 300 works by Picasso that he owns, the largest private collection of works by the Spanish artist.

The small still life, which is signed “Picasso,” shows a newspaper and a glass of absinthe on a wood table. Picasso painted it in 1921.

Tickets were bought in more than 100 countries, with the bulk sold in France, the United States, Switzerland and Italy.

The winner of a similar raffle in 2013 was a 25-year-old fire sprinkler worker from Pennsylvania. 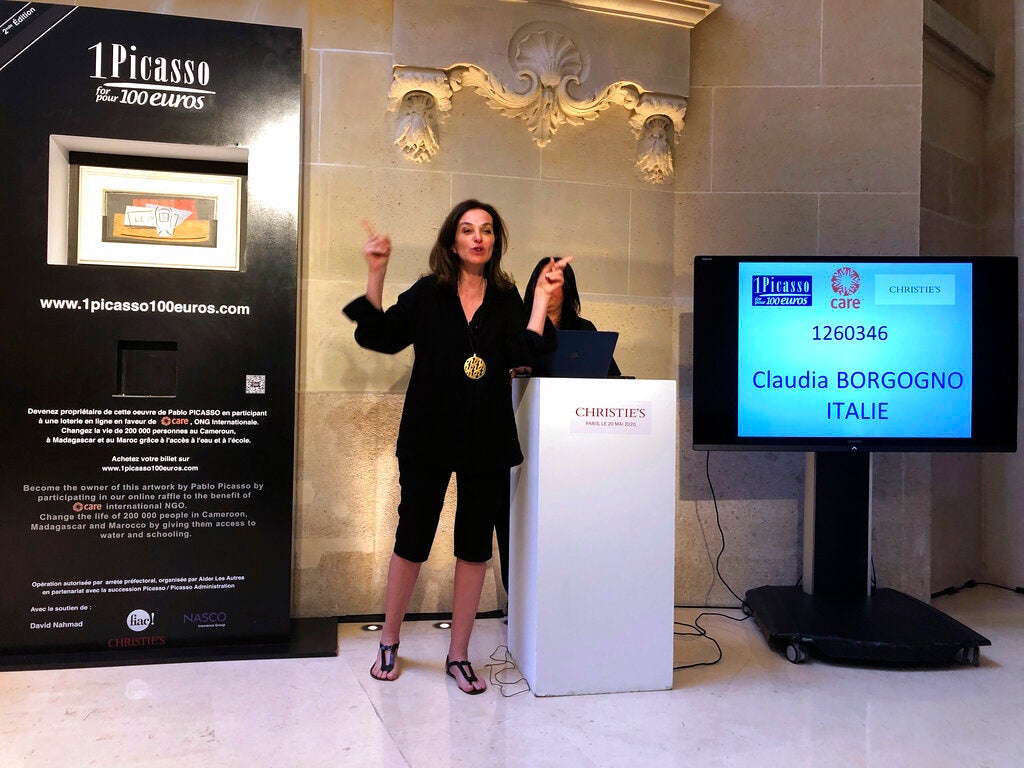 Raffle organizer Peri Cochin gestures as the name of the winner is displayed on a screen in Paris on Wednesday.  (AP)