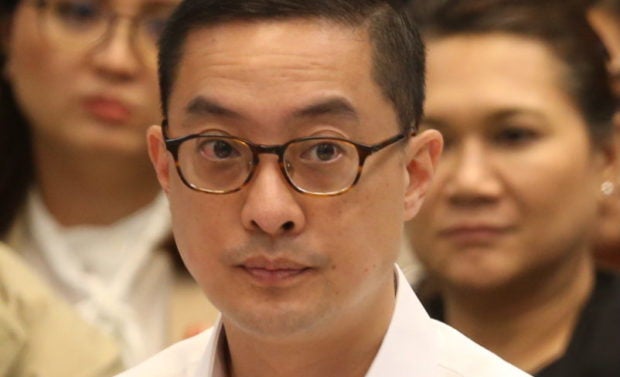 MANILA, Philippines — Media giant ABS-CBN may have to start letting go some of its 11,000 employees in August if Congress fails to grant its application for franchise renewal soon, the network’s president and CEO Carlo Katigbak told the Senate on Tuesday.

That prospect loomed large after the House of Representatives also on Tuesday discarded a bill giving the network a five-month provisional authority to operate and the Supreme Court decided not to issue a temporary restraining order (TRO) on the network’s shutdown order by National Telecommunications Commissions (NTC).

Speaking at an online Senate hearing, Katigbak said the country’s biggest broadcast company had been bleeding financially since the NTC closed its operations on May 5 after its 25-year legislative franchise had expired.

“We continue to lose a substantial amount of money every month and I’m afraid if we cannot go back on air soon, by August, we may already have to consider beginning a retrenchment process,” he told the senators.

“We felt it would be very, very painful to put our employees out on the street without them having an idea as to how they can continue earning a living and continue to feed their families,” he said.

ABS-CBN said it was losing up to P35 million in daily advertising income after the NTC pulled the plug on its operations.

Katigbak pointed out that the company had promised to pay their employees’ full salaries and benefits. “Unfortunately, we cannot make that commitment open-ended because we are also limited by financial constraints,” he lamented.

“At this point, the most important priority for ABS-CBN is to return on air as quickly as possible. We need to do this so that we can again start earning revenues so that we can continue paying salaries of our employees,” he added.

Katigbak said the network was open to having the provisional franchise proposed by Speaker Alan Peter Cayetano instead of the regular 25-year congressional license if it would be the “quickest way to get us back on air.”

But Cayetano on Tuesday said the House withdrew his bill and would instead begin to tackle the 12 pending measures to grant the network’s franchise.

The turnaround came a day after the House leadership decided to withdraw the second reading approval of the bill to allow members to expound their views on the issue.

Cayetano said he and his cosponsors thought his House Bill 6732 would be an acceptable middle ground between opposing forces in the ABS-CBN controversy. But the “toxic partisanship” spurred by the franchise issue has “poisoned the well of public discourse,” he said.

“Both sides of the extreme have now gone beyond passionate debate and fair advocacy, and are engaged in name calling, slander and humiliating each other–all for the sake of this one partisan political issue,” he said.

Cayetano gave no date for the start of the hearings but said they must be “fair, impartial, comprehensive, and thorough.”

“For those who are calling for an outright approval or denial, I ask that you suspend your extreme views until all the facts have been presented, and all the testimonies have been heard,” the Speaker said.

Opposition lawmaker and Albay Rep. Edcel Lagman said the flip-flopping by the House was a “failure of leadership.”

“Forfeiting the approval of House Bill No. 6732 is a culpable waste of legislative work spanning almost a week which could have been devoted to equally important measures,” he said in a statement.

Lagman said the abandonment of the bill “quashes the hope” of the public and the networks’ employees for the immediate resumption of its operations.

No TRO from SC

The 14 justices of the Supreme Court held a full-court session on Tuesday but did not grant the TRO requested by ABS-CBN.

Instead, they unanimously decided to order the NTC, as well as the House of Representatives and the Senate, to comment in 10 days on the network’s petition to resume its TV and radio broadcasts pending the renewal of its legislative franchise.

The court gave the network up to five days after that to respond to the comments.

The NTC order came after Congress failed to act on the franchise renewal before it expired. It followed repeated threats from President Duterte that he would block the renewal of the franchise, citing alleged politicking by the network during the 2016 presidential polls.

Katigbak had apologized to the President and presidential spokesperson Harry Roque said Mr. Duterte had accepted the apology.

On Tuesday, Roque said he didn’t know “how to react” to the Supreme Court’s decision not to issue the TRO but added that “we should not read anything into that fact.”

“If there is no TRO, it means the Supreme Court was not convinced of the need for a TRO,” he said.

Cayetano had castigated the NTC for reneging on its promise in March to provide a provisional authority to the network while Congress was deciding on whether to grant the franchise.

He also slammed Solicitor General Jose Calida for “unconstitutional meddling” in the legislative authority to decide on franchises.

Cayetano had said the NTC had succumbed to pressure from Calida into issuing the cease-and-desist order on ABS-CBN.

Calida, who is tasked with defending the NTC, broke his silence on ABS-CBN’s closure and denied that he meddled in the work of Congress.

“Warning or cautioning a client is not threatening,” he said in a statement, referring to his April 30 letter telling NTC officials they could be charged with graft.

He declined to participate in the Senate hearing on Tuesday, invoking the “sub judice” rule against public discussion of the merits of pending court cases.