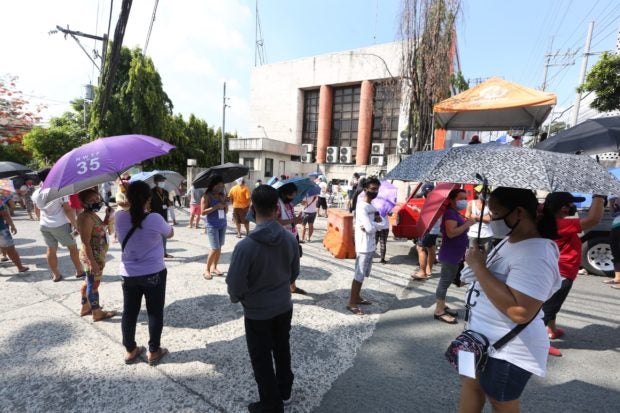 MANILA, Philippines — Amid mounting consumer complaints, the Energy Regulatory Commission (ERC) has ordered Manila Electric Co. (Meralco) to explain how it billed its 6.9 million customers, mostly households, for power used during the lockdown.

The distribution giant said it was ready to do so as it had been transparent all along.

“We have been bombarded with complaints on Meralco’s alleged high billings covering the past three months, including this May,” ERC Chair Agnes Devanadera said in a statement on Monday.

“(W)e need to look into these consumers’ allegations (and so) we required Meralco to submit to us data or information for us to validate the accuracy of their billing calculations,” Devanadera said.

Meralco said it was ready to field all questions about how it had complied with the ERC order.

“We have been transparent from the start and communicated the same to consumers,” its spokesperson, Joe Zaldarriaga, said in an interview.

One Meralco customer, Jasmin Alvarez, a housewife from Santa Rosa, Laguna province, is fuming over her huge bill for the month.

Jasmin said she sent Meralco direct messages regarding her case, but Meralco had yet to respond.

“We’re only four members in the family, plus a baby, and no new person was in the house during the lockdown,” Jasmin said.

“We are currently facing the pandemic then you will charge us more than double? This is a pure scam. We are paying P7,000 to P8,000 per month, then our bill for May is P18,000?” she wrote on Twitter on Monday.

Her latest bill is for the use of over 700 kilowatt-hours (kWh).

“They want to comfort us by saying we can pay on installment, but now, we are asked to pay the wrong bill?” she added.

Noting that many people were shocked and confused by their electricity bills this month, Sen. Grace Poe asked Meralco to issue its customers a corrected billing based on the accurate reading of their meters.

Pending this, Meralco customers should hold off paying their bills and not be disconnected from the supply, Poe said.

Meralco has billed customers based on average consumption from December to February because meter reading could not be done in March and April due to the enhanced community quarantine in Luzon that was aimed at preventing the spread of the new coronavirus.

Averaging the consumption was upon the order of regulators, who said the difference with actual consumption would be settled in future bills.

But Poe said Meralco should issue a “final and correct billing based on accurate meter reading of the actual kilowatt-hour consumption.”

She said the latest bill had left many households in distress, especially those who lost their jobs.

“Still reeling from the COVID-19 backlash, the last thing our consumers need are shocking electricity bills that could throw them off-track anew,” she said.

As of March, Meralco had 6.4 million residential accounts, or 92 percent of the total. Commercial customers accounted for 530,864 (8 percent) connections and industrial customers, 10,580 (0.2 percent).

Based on meter reading

Its franchise areas—which account for about three-quarters of its business in Luzon—stretch from Metro Manila to as far north as Pampanga province and to as far south as Quezon province.

“The May bill is already a result of the actual kWh consumption from the current meter reading, with adjustments already reflected from the previous estimated consumption,” he said. “This total, which is already based on the true and actual readings, is what customers actually see in the May bill.”

To ease customers’ burden, unpaid bills with due dates from March 1 to May 15 will be converted to four equal monthly installments, according to Zaldarriaga.

“We will continue to explore ways to ease the situation for our consumers, bearing in mind their convenience and interest,’’ he said.

A consumer welfare advocacy group said Meralco’s explanations were not responsive to its concerns.

Meralco “did not really explain the details on how a single household’s consumption can spike to four times the previous bill’s record,” Gerry Arances, convener of Power for People Coalition (P4P), said in a statement.

“We have receipts, bills which show the difference,” Arances said, adding that Meralco should instead give its customers a refund.

During the first quarter, while most companies experienced falling revenue, Meralco saw a 4.8-percent increase in electricity sales. The residential segment’s consumption rose 11.8 percent from the level in the first quarter of 2019.