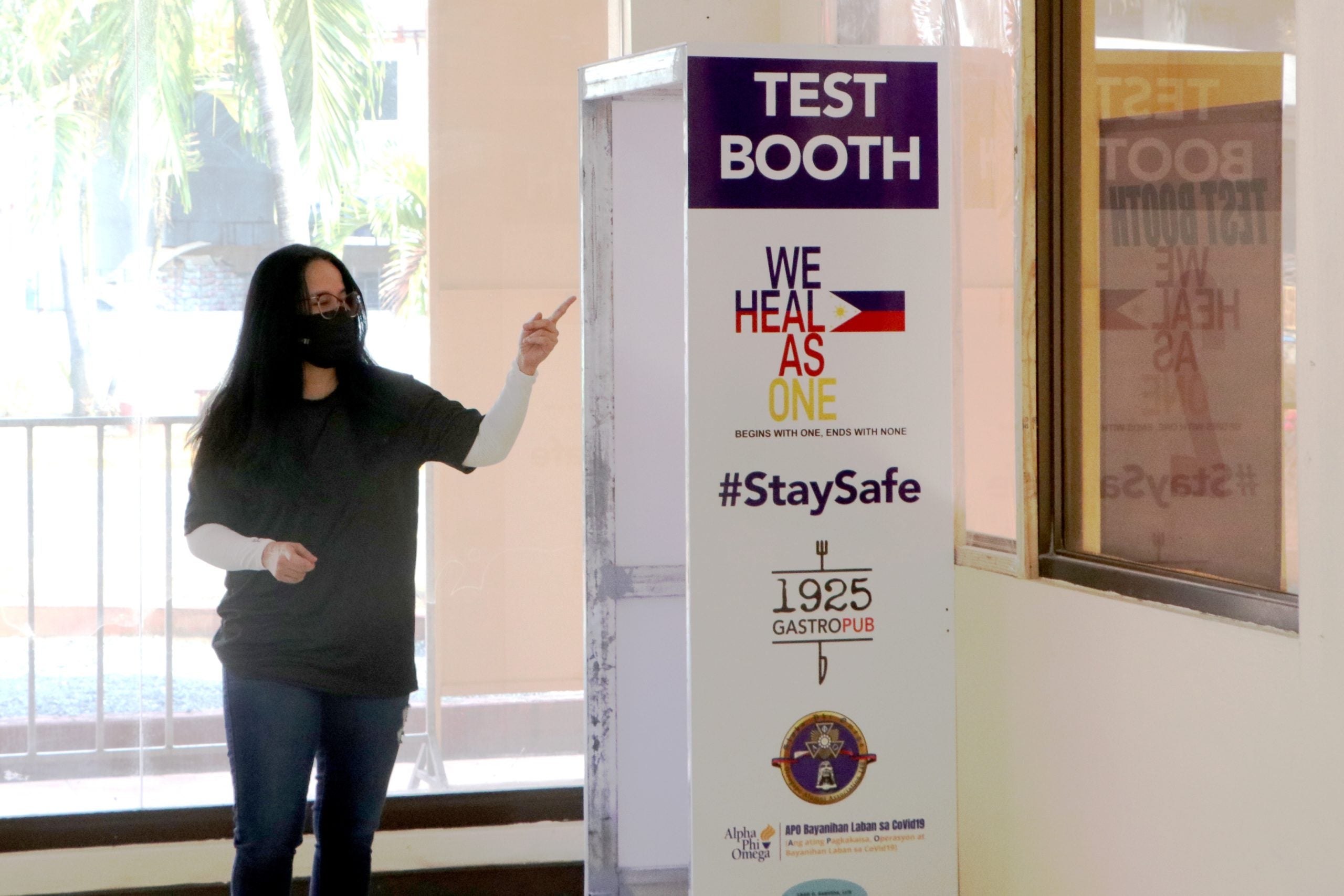 Wilma Eisma, chair and administrator of the Subic Bay Metropolitan Authority (SBMA), inspects a swabbing center inside the Subic Bay Freeport. SBMA has opted to retain quarantine controls and health measures in the free port, which is a major economic center in Central Luzon. (CONTRIBUTED PHOTO)

SUBIC BAY FREEPORT –– More businesses were allowed to open in this freeport as it joined other neighboring communities in implementing the modified enhanced community quarantine (MECQ) until May 31.

In a statement on Saturday, Wilma Eisma, chair and administrator of the Subic Bay Metropolitan Authority, said they would adopt the MECQ status imposed over Bataan and Zambales pending a separate quarantine classification by the Inter-Agency Task Force for the Management of Emerging Infectious Disease (IATF-EID).

Eisma said the basis for the self-imposed quarantine classification is that 65.25 percent of the total land area of the freeport is located in Bataan, and 24.48 percent is located in Zambales.

She said the agency appealed to IATF-EID as early as April 28 to extend the ECQ status over the freeport due to the lack of health facilities to contain a possible surge of the coronavirus disease in the area.

“Despite having a daytime population of around 155,000 people, the SBFZ has only one functioning hospital with only 8 ICU beds and 13 hospital rooms,” she said.

Eisma said only a small portion of the local population has been tested for the virus.

The freeport’s isolation units, which are composed of 32 beds and 45 rooms, are not yet operational.

Eisma said the shift to MECQ would not involve any major relaxation of the freeport’s existing quarantine rules.

“The only significant difference is that we’d be allowing more business operations so that the local economy may start its rebound,” she said.

With MECQ, all establishments providing basic goods and services, such as food, beverages, utilities, and delivery services will now be allowed to operate.