The Philippine National Police filed criminal charges on Friday against Police Maj. Gen. Debold Sinas and 18 other officers, including five generals, for violating quarantine rules meant to contain the spread of the new coronavirus disease (COVID-19) during the celebration of his 55th birthday.

Sinas, chief of the National Capital Region Police Office (NCRPO), has apologized for the fiasco but insisted he and his officers had followed health protocols during the May 8 “mañanita,” the traditional dawn serenade for a senior PNP official on his birthday.

The complaint filed by lawyer Michael Darwin Bayotas of the PNP Internal Affairs Service (PNP-IAS) in the Taguig City prosecutor’s office, charged Sinas and the other officers with violating City Ordinance No. 12, or the mandatory wearing of face masks in public and stringent physical distancing, and the Mandatory Reporting of Notifiable Diseases and Health Events of Public Health Concern Act, or Republic Act No. 11332.

Alfegar Triambulo, the inspector general of the PNP-IAS, told the Inquirer in a phone interview on Thursday that pictures of the celebration, which drew over 50 people, allegedly showed the violations.

The penalty for first time offenders of Taguig’s Ordinance No. 12 is three hours of community service. 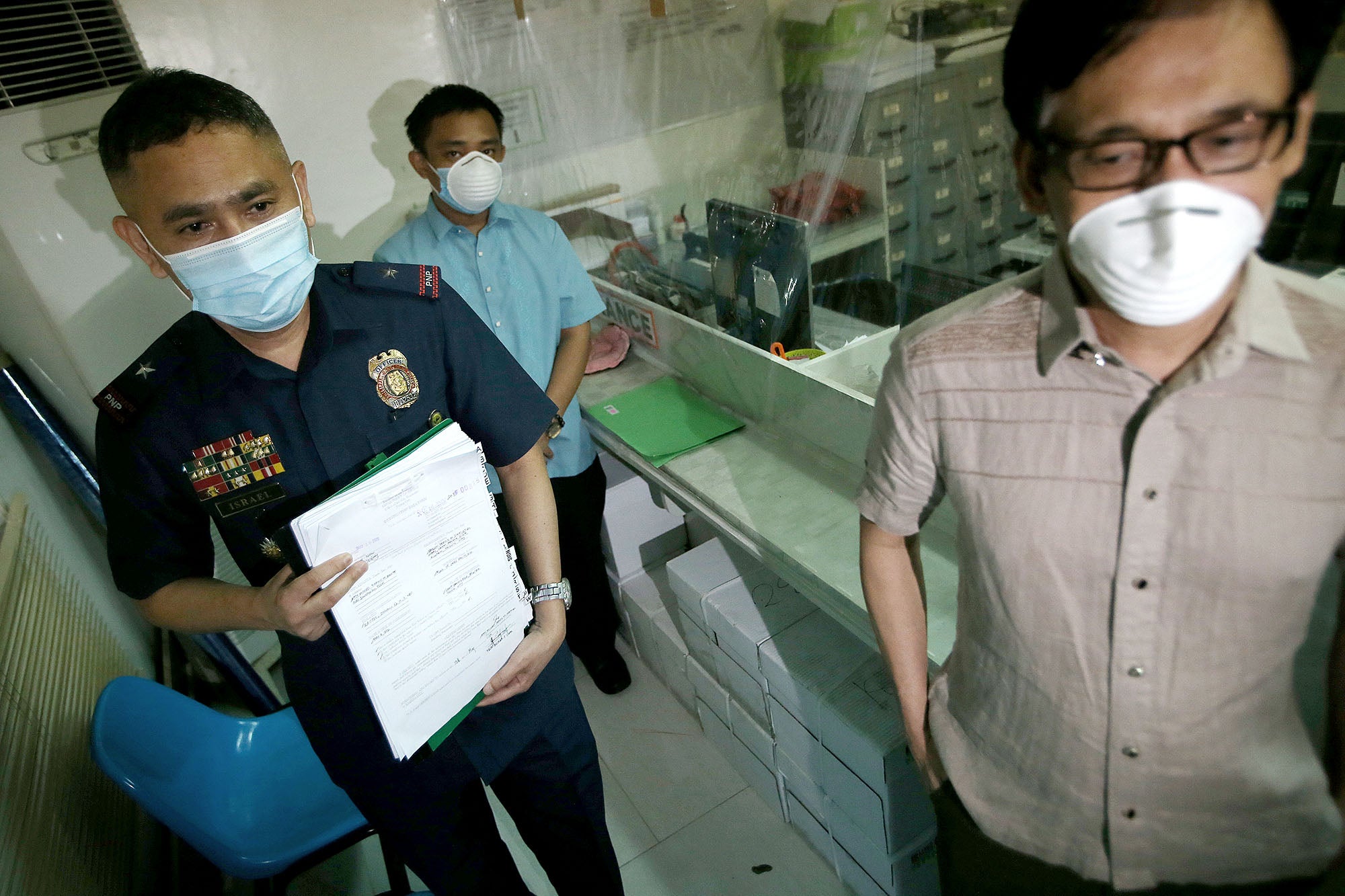 Sen. Panfilo Lacson, a former PNP chief, in a Twitter post on Friday said: “Sinas has been bashed, criticized and pilloried both on social and mainstream media. He has since apologized and regretted his indiscretion. We may also want to consider his long law enforcement service and his share to keep Metro Manila safe from the virus.”

That was interpreted by many on social media as a free pass to commit offenses to the Metro Manila police chief.

Lacson, who earlier said the police official had set a “bad example,” told the Inquirer he “never suggested forgiveness or absolution” for Sinas.

He said he merely asked netizens “not to rub salt [into Sinas’] injury” by posting outdated photos “to sow more hatred toward Sinas.”

“Certainly, he should get the punishment he deserves even as authorities are already investigating him,” Lacson said in a Viber message.

Sinas is a native of Barangay San Roque in Zamboanga City (not Butuan City as earlier reported) and was a student at the Western Mindanao State University before he passed the entrance examination to the Philippine Military Academy.

He graduated in 1987 in the same class as Police Lt. Gen. Guillermo Eleazar, his predecessor at the NCRPO.

Rising through the ranks, he became deputy regional director for operations in Region 9 between 2016 and 2017, and was in charge of “internal cleansing” of the ranks.

He was also in charge of the region’s war on drugs, orchestrating “Project Double Barrel” in 2016 and spearheading the arrest of drug suspects.

Sinas headed the crime laboratory at Camp Crame and then was posted as Central Visayas police director before his appointment as NCRPO chief. —WITH REPORTS FROM MARLON RAMOS, JULIE S. ALIPALA AND ORLANDO DINOY