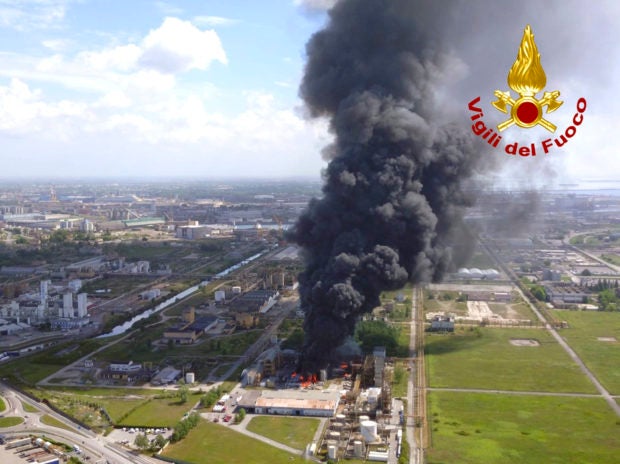 Venice Mayor Luigi Brugnaro said the blaze, triggered by an explosion at the factory in the industrial town of Porto Marghera Friday morning, was extinguished.

Firefighters warned of a possible spread of chemicals into the surrounding area.
State RAI TV said the fire broke out in a plant producing cosmetics, including a solvent used for nail varnish removal.

Brugnaro tweeted that text messages were sent to Venetians, inviting them to “stay home and close the windows” as a precaution while authorities determine what chemicals were released by the accident.