2nd tranche of cash aid only for ECQ areas 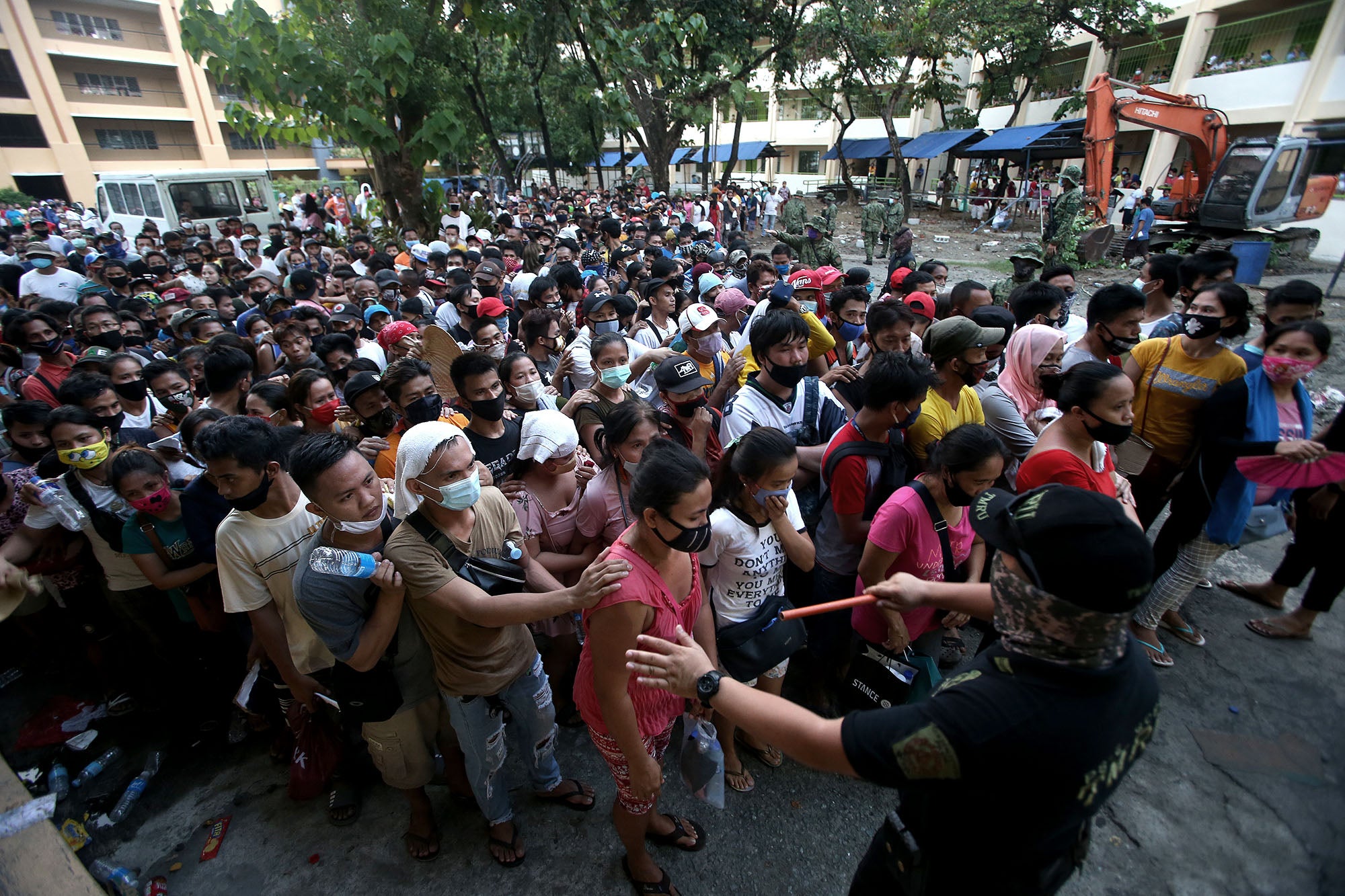 SOCIAL DISTANCING? NEVER MIND Quezon City residents line up for the cash aid distribution at Bagong Pagasa Elementary School in a photo taken on May 10. —RICHARD A. REYES

The government on Thursday defended its policy of limiting the second tranche of cash assistance to areas under enhanced community quarantine (ECQ).

“Since the funds given by Congress are limited, the Inter-Agency Task Force on Emerging Infectious Diseases thought it was better to limit the second tranche to areas under ECQ … [which have] 13 million beneficiaries,” presidential spokesperson Harry Roque said at a press briefing.

Detained opposition Sen. Leila de Lima had questioned the exclusion of areas no longer under ECQ from the second tranche of the government’s subsidy for low-income families.

“The government may have forgotten that the emergency subsidy functions not only as a social safety net to cushion the adverse impacts of the pandemic among our poor families and other disadvantaged groups. It is a lifeline for many in these perilous times,” De Lima said in a statement.

‘President’s decision’Roque said the decision to focus the cash aid on ECQ areas took into consideration the government’s limited funds.

Executive Secretary Salvador Medialdea was expected to release a memorandum on the distribution of the second tranche of the cash aid for low-income families.

Asked to comment on other sectors appealing for government aid, Roque said financial assistance would “first be given to our poorest Filipinos.”

But the ultimate decision, he said, “will lie with the President.”Roque said the President “had ordered the inclusion of 5 million more families. If he thinks everyone should receive aid, he will find a way to do it,” he added.

The Department of the Interior and Local Government (DILG) will issue show cause orders to 43 mayors for them to explain why they should not be sanctioned for failing to complete the payout of the first tranche.

“While the vast majority of local government units (LGUs) were able to distribute [the money] before the deadline leading to a national pay-out rate of 97 percent, there are still a few who failed to do so until [Wednesday], thus, the DILG and the public deserve to know why they failed to complete their distribution,” Interior Secretary Eduardo Año said in a statement on Thursday.

Of the 43 mayors slammed for their poor performance in distributing the subsidy, four come from Metro Manila; 11 from Western Visayas; eight from Mimaropa; five from Central Visayas; four from the Davao region; two each from the Ilocos, Cagayan Valley, Calabarzon, Eastern Visayas and Northern Mindanao regions; and one from Central Luzon.

DILG spokesperson Jonathan Malaya said graft and corruption cases pertaining to the cash assistance program would no longer be investigated by the DILG but by the Philippine National Police.

But administrative offenses, as well as violations by local officials of quarantine protocols, will remain within the purview of the DILG, Malaya said. —WITH REPORTS FROM JEANNETTE I. ANDRADE AND LEILA B. SALAVERRIA