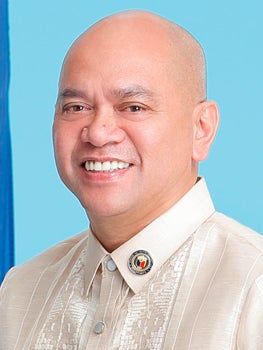 Rep. Florencio Noel, of the An Waray party-list group. PHOTO from http://www.congress.gov.ph/

TACLOBAN CITY — A party-list representative appealed to the national government for adequate support for local governments in the enforcement of the so-called Balik Probinsiya program which seeks to reduce the population of Metro Manila by encouraging those from the provinces to return to their hometowns and start anew.

Rep. Florencio Noel, of the An Waray party-list group, said provinces would not be capable of dealing with hundreds of thousands of people expected to avail themselves of the program’s benefits.

In an interview, Noel said the Balik Probinsiya is a national program which would require help for local government units which could not bankroll the expenses of giving new lives to those returning from Metro Manila.

President Rodrigo Duterte had signed Executive Order No. 114 which adopts the Balik Probinsiya proposal of Duterte’s closest confidante, Sen. Bong Go. The program seeks to encourage hundreds of thousands of people from the provinces to return to their hometowns to reduce Metro Manila’s population which stood at more than 12 million according to a 2015 census.

The program also sought to encourage businesses to relocate to the provinces to create jobs for those who would leave Metro Manila.

Noel said several mayors had told him they were ready to accept those who would avail themselves of the program’s benefits but they would have to first be put on quarantine.

He said while local governments already have isolation areas, they would need funds to sustain the needs of those who would be put on quarantine.