After teacher, 2 more nabbed over ‘bounty offer’ to kill Duterte 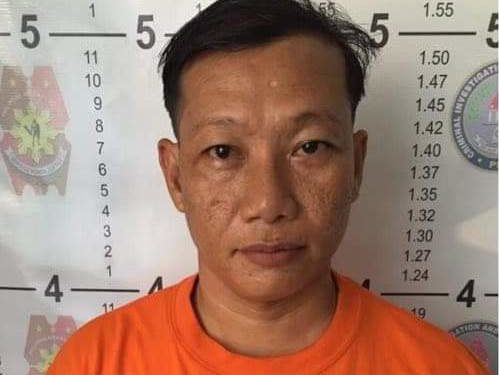 ILOILO CITY, Iloilo, Philippines — Authorities arrested two people in Cebu and Aklan provinces who allegedly offered a bounty through their Facebook posts for anyone who could kill President Rodrigo Duterte.

Ronald Quiboyen, 40, and Maria Catherine Ceron, 26, are facing charges of inciting to sedition in relation to the Cybercrime Prevention Act.

Quiboyen, a construction worker, was arrested on Tuesday night by a team of policemen in Malay town in Aklan and the Criminal Investigation and Detection Group (CIDG), and the Regional Anti-Cybercrime Unit at his boarding house in Barangay Yapak on Boracay Island.

He allegedly wrote on his Facebook account that he was offering P100 million to anyone who could kill the President.

Ceron, an unemployed college graduate, was caught at Barangay Ibabao in Cordova town, Cebu, on Wednesday, hours after she allegedly posted on her Facebook account a P75-million reward for a similar mission.

Ceron denied that she was the one who made the post, saying her social media account was hacked.

In his post, Quiboyen allegedly wrote: “I will double your P50 million to P100 million for anyone who could kill Duterte. I’m now here in Boracay.”

It was unclear if he was referring to the post made by Ronnel Mas, a public high school teacher in Zambales province, who was also arrested for dangling a P50-million bounty for the President’s head.

Quiboyen admitted to making the post and did not resist arrest. “He told our investigators that he wanted to be ‘popular,’” Pablito told the Inquirer.

Maj. Ronald Allan Tolosa, deputy chief of the CIDG in Central Visayas, said a case would still be filed against Ceron.

The Alliance of Concerned Teachers (ACT) on Wednesday described as “too harsh” the arrest of Mas, a teacher at Taltal National High School in Masinloc, Zambales. Mas later apologized for the tweet.

Saying the post was a joke, Mas said he “only matched” the P50-million reward put up by Mr. Duterte for a vaccine against the coronavirus. He was taken to the Manila office of the National Bureau of Investigation on Tuesday.

“The teachers’ dire economic state is no secret … Ronnel obviously does not have P50 million to pay as bounty hence his post clearly does not pose any serious threat to the President. Why then did the (NBI) spend valuable time and resources to apprehend this teacher?” ACT secretary-general, Raymond Basilio, said in a statement.

“More baffling for the teachers’ federation is the prevalence of even more violent and disturbing posts and pronouncements by Duterte supporters and even government officials against critics of the administration, which had not been met with the same aggressive response from law enforcers,” ACT said.

In a separate statement, ACT Teachers Rep. France Castro said Mas’ arrest was a clear “double standard” as she called for his immediate release.

Rights group Karapatan also slammed the arrest, saying the Duterte administration was more focused on cracking down on free expression rather than responding to calls for better management of the pandemic.

But Col. Jesus Durante, Presidential Security Group chief, said threatening people was not right, especially if the target was the President.