Pagasa: Several areas in Samar under Signal No. 1 as Ambo maintains strength 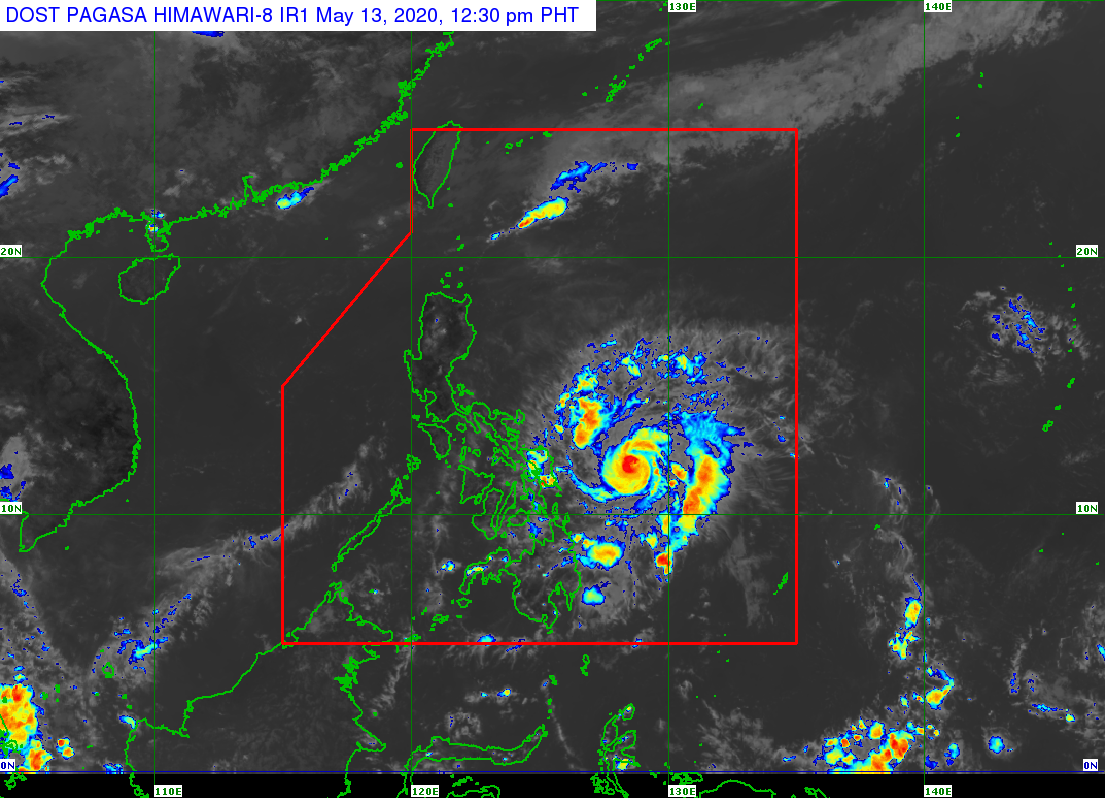 MANILA, Philippines — More areas in Northern Samar and Eastern Samar are now under Tropical Cyclone Wind Signal (TCWS) No. 1 as Tropical Storm Ambo maintains its strength on Wednesday, according to the Philippine Atmospheric, Geophysical and Astronomical Services Administration (Pagasa).

TCWS No. 1 means a tropical cyclone will affect the locality and winds of 30 to 60 kilometers per hour (kph) may be expected in at least 36 hours or intermittent rains may be expected within 36 hours.

In an 11 a.m. weather bulletin, Pagasa said the eye or center of Ambo was last spotted 360 kilometers east of Borongan City, Eastern Samar.

Moving slowly in the northwest direction, the tropical storm is packing maximum sustained winds of 85 kilometers per hour (kph) near the center and gustiness of up to 105 kph.

Ambo is forecast to further intensify as it approaches the Eastern Visayas-Bicol Region area. TCWS No. 1 may also be raised over Sorsogon in the next bulletin at 5 p.m.

Scattered light to moderate with at times heavy rain showers during thunderstorms will be experienced over Eastern Visayas, according to the weather bureau.

On Thursday, Eastern Visayas, Catanduanes, Albay, Sorsogon, and Masbate will have moderate to heavy rains.

“Flooding and rain-induced landslides may occur in highly to very highly susceptible areas during heavy or prolonged rainfall,” it added.

Strong to “near-gale force winds” associated with the tropical storm will begin affecting the areas under TCWS No. 1 on Thursday afternoon.

Pagasa said rough seas will be experienced over the eastern seaboard of the Bicol Region and the northern and eastern seaboards of Eastern Visayas today. Sea travel is risky over these areas.

Cyclone signal No. 1 raised over Northern and Eastern Samar due to Ambo