For some senators, airlines’ P 8.6-B bailout bid won’t fly 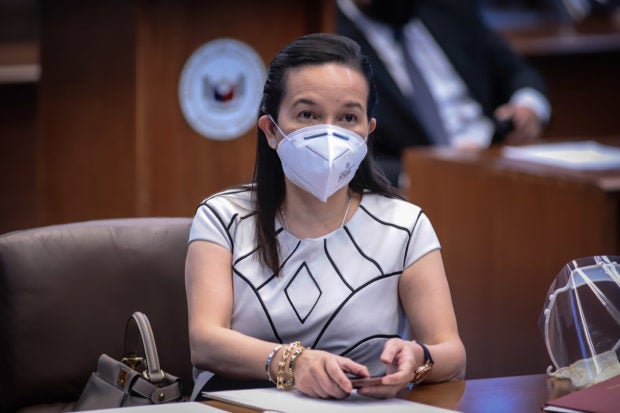 MANILA, Philippines — Some senators on Tuesday said they were not inclined to support the request of the country’s three largest airlines for a P8.6-billion monthly bailout from the government, with one of them, Grace Poe, arguing that the most vulnerable members of the transport sector should be given priority in the grant of state subsidies.

Poe, who led an online Senate hearing on Monday on the effects of the new coronavirus crisis on public transport, noted that many jeepney and tricycle drivers in Metro Manila were complaining that they had yet to receive the financial aid the government promised.

News reports show that a number of jeepney drivers are resorting to begging on the streets to survive, as the government has yet to lift travel restrictions since President Duterte imposed a Luzon-wide lockdown two months ago.

“You always have to help first the weakest members of society,” Poe said in an online media briefing.

“Although businesses are important because they provide jobs, the weakest are really the daily wage earners — the public utility drivers — because they are the ones [badly] affected by the shutdown (of the economy),” she said.

“They are the ones who should be prioritized. Imagine if [airlines] would be asking a bailout of [P8.6 billion per month], the small drivers who have yet to receive subsidies will be hurt,” she added.

Besides, Poe said big businesses that were already in the red due to the crisis could borrow from banks and other financial institutions to help them recover their losses.

“How about the drivers? Will [we just let] them borrow from [loan sharks]?” she said.

Roberto Lim, vice chair of the Air Carriers Association of the Philippines (Acap), told Poe’s public services committee that members of the group would need a monthly fiscal aid of P1.3 billion in wage subsidies, P500 million in airport fees, and P6.8 billion in working capital to cope with the suspension of flights and travel ban.

Acap is composed of Philippine Airlines, Cebu Pacific and AirAsia Philippines, and their affiliates. PAL and Cebu Pacific have cut nearly 500 jobs since March, while an aviation support company has laid off 400 employees at the start of April.

Sen. Francis Tolentino echoed Poe’s view, pointing out that the government’s fiscal resources were “very limited” as it still had to fund the social amelioration program for 18 million low-income Filipino households.

“We should prioritize the basic needs of the people, which include agriculture and even education, such as scholarships for students and subsidies for teachers,” Tolentino said.

“We [also] have to help even those from the informal labor sector,” he said.

Sen. Panfilo Lacson said it was important for the government to first act on the financial concerns of the “hand-to-mouths,” who lost their source of income because of government-imposed policies in combating the pandemic.

“Big businesses, like airline companies, should belong to the second or third level of priority and [helping them] should depend on the availability of resources,” Lacson told the Inquirer in a Viber message.

Sen. Sonny Angara, chair of the Senate finance committee, said any bailout program for a certain sector should be carefully studied and that it should be part of a much larger economic stimulus program.

“We want, as much as possible, to help people keep their jobs,” he said.

Poe expressed disappointment over the failure of Acap to present a detailed plan on how to ensure passengers’ safety once they resumed operations.

“Of course, [Acap] has to assert on what will help them. But they didn’t talk much about the safety measures that they are going to take on their own,” she said.

“It seems that there was a lack of concern for the passengers as opposed to the presentation they had for the bailout that they need. That was lacking, I thought,” she added.

The senator also noted that only 10 percent of about 390,000 drivers of registered taxis, jeepneys and buses had received financial aid from the Land Transportation Franchising and Regulatory Board.

“It’s frustrating because people will die not only due to the virus, but also because of hunger and depression,” Poe said.

“I really pity the drivers who have yet to get any financial aid. Until now, the list of beneficiaries are still being validated [by other state agencies]. That’s one of the tragedies we’ve seen.”