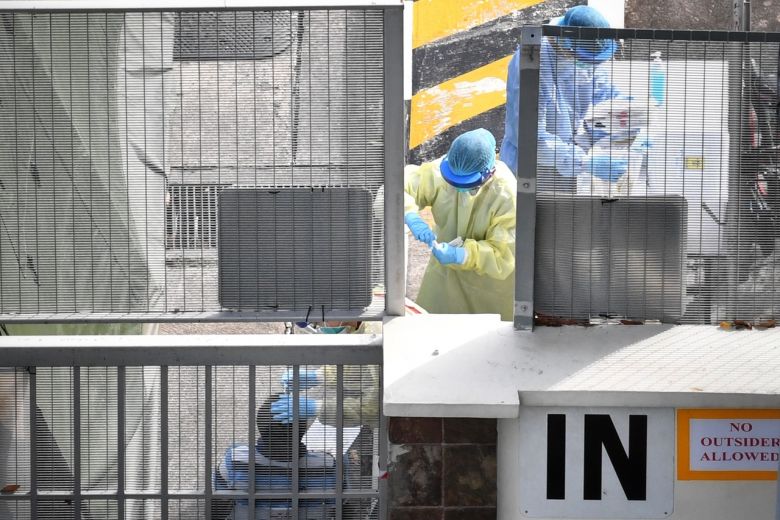 SINGAPORE — The Ministry of Health (MOH) has preliminarily confirmed 884 new Covid-19 cases in Singapore as of Tuesday noon (May 12), taking the total count to 24,671.

Among these are three Singaporeans and permanent residents, while migrant workers living in dormitories form the bulk of the remaining cases.

More details will be released later on Tuesday, the ministry added.

On Monday night MOH said that a 68-year-old Singaporean man, who had a history of hypertension and hyperlipidaemia, died from complications due to Covid-19, bringing Singapore’s death toll from the virus to 21.

A 53-year-old Indian national also died after suffering a cardiac arrest on Saturday before later testing positive. MOH said his death was caused by ruptured myocardial infarction due to coronary thrombosis, making him the seventh coronavirus patient here to die from causes not related to Covid-19.

On Monday, Singapore reported one of its lowest daily increases in new infections in recent weeks, partly due to fewer tests being processed after an equipment fault produced false positives over the weekend.

MOH said Monday’s preliminary update that the apparatus, which is used for one of the test kits, is being recalibrated. While cases have fallen below 1,000 in the past week, they have generally ranged between 600 and 800, unlike the 486 cases reported on Monday.

Foreign workers living in dormitories continue to make up the bulk of the new cases as 481 of these were from the group.

One Singaporean, one permanent resident, one work pass holder, and two work permit holders living outside dormitories make up the rest of the Monday’s cases.

The ministry said the number of local cases excluding dormitory residents and other work permit holders have continued to fall, from nine cases daily two weeks ago to eight in the past week.

The number of cases which are unlinked has also dipped from a daily average of five to three over the same period.

As of Monday, 3,218 patients in Singapore have fully recovered from the virus and been discharged.

Globally, the outbreak, which began in December last year, has infected more than 4.2 million people. Some 287,000 have died.

The United States remains the country to be worst hit, with more than 1.39 million cases and 82,000 deaths from Covid-19 as of Tuesday.