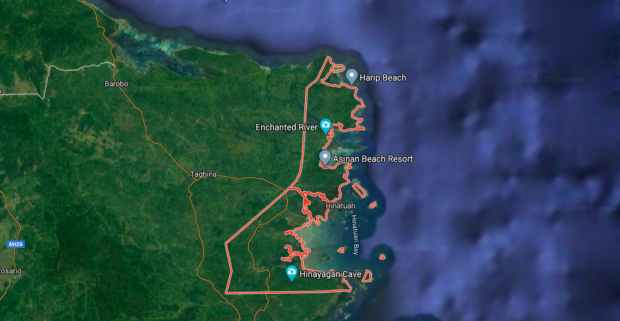 MANILA, Philippines – Tropical Depression Ambo slightly intensified, now packing maximum sustained winds of 55 kilometers per hour (kph) and gustiness of up to 70 kph as it slowly moves over the country’s eastern seas.

(Its movement appears stationary, meaning it almost remains still in its position.  When a storm is stationary, we can expect that it will gather strength while over the sea.)

It is seen to make landfall at Bicol between Tuesday afternoon and Wednesday morning, as a tropical storm.

As of now, the storm has no direct effect on Visayas’ weather condition, but the trough of Ambo would bring scattered light to moderate with isolated heavy thunderstorms over Caraga and Davao Regions.  Moderate to rough seas are also expected in the seaboards of Eastern Visayas, Caraga, Davao Oriental and Davao Occidental in the next 24 hours.

It will start bringing rains and winds to Bicol and Visayas on Thursday, and around Friday for Metro Manila and Southern Luzon.  By Saturday, it would have crossed the Luzon landmass, exiting through Pangasinan or La Union, weakening as a tropical depression.

Despite the impending rain showers and the cloudy skies on Monday, Pagasa still recorded a high heat index at the Science Garden in Quezon City, at 40 degrees Celsius.  In San Jose, Occidental Mindoro, the heat index reached a scorching 56 degrees Celsius heat index, and 50 degrees in Dagupan City in Pangasinan.

Pagasa reminded people to refrain from strenuous activities under the sun and to regularly hydrate to prevent heat exhaustion and heat cramps, which may lead to heat stroke.