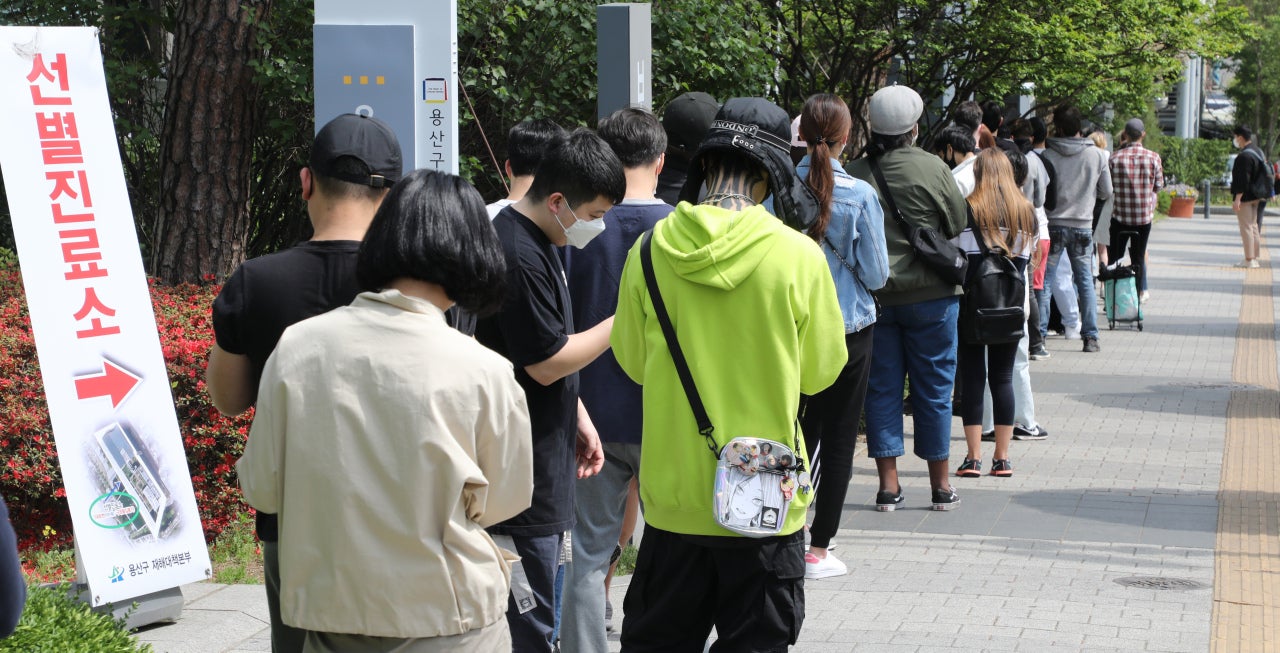 SEOUL — Korean health authorities and politicians on Monday warned against the rise of discrimination against LGBT persons here in relation to the latest coronavirus breakout in Itaewon clubs, saying social stigmatization could send potential virus carriers into hiding.

“In the case of infections tied to clubs in Itaewon, we are seeing some criticism and hatred toward confirmed patients and a specific group of people,” senior Health Ministry official Yoon Tae-ho said during the daily virus briefing.

“Leaking personal information of confirmed patients and spreading unsubstantiated rumors can be hurtful to patients and people around them. They (these actions) are also subject to punishment, so please refrain from doing so.”

Headlines last week describing the first virus patient identified in the Itaewon cluster as having visited a gay club have been criticized by activists for further stigmatizing the minority group.

Singling out sexual minorities was feared to hinder government efforts in tracking down those who may have been exposed to the virus.

As of Sunday, the government reached out via phone to some 5,500 people who had visited five clubs between April 24 and May 6, but over half, or roughly 3,100, did not respond.

The number of patients linked to Itaewon came to 86 as of Monday afternoon, according to the Korea Centers of Disease Control and Prevention.

“Please get tested. It is your duty to do so. The government will strictly conform to protection of personal information. … If (you) don’t get tested voluntarily, we have no choice but to go (to you),” Lee said.

“We can’t win this war with attacks and hatred against certain groups, regions and generations.”

He added the government and ruling party will take an “excessively” preemptive approach in their response to stop the virus from spreading and inspect facilities deemed to be at high risk for the disease.