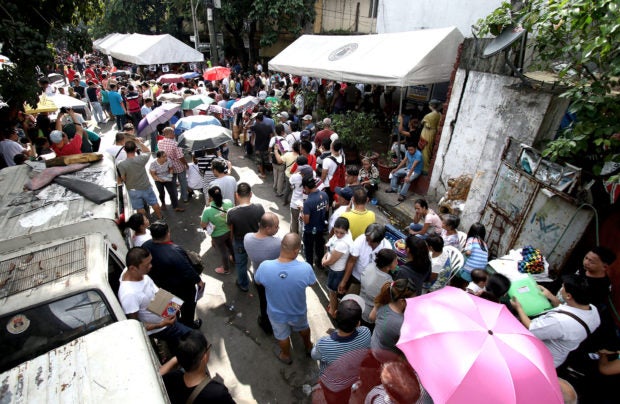 MANILA, Philippines — The Philippine National Police (PNP) is supporting House Bill 6686 that seeks to limit the population of each barangay to 15,000 in all urban areas in the country, to “sync well” with modern policing systems.
“We firmly believe in the wisdom of local government autonomy and devolution of power as provided under the Local Government Code. Yet we also look with great optimism at better prospects for public safety and law enforcement under this proposed legislation,” PNP spokesperson Brig. Gen. Bernard Banac said in a statement on Monday.

“The proposed measure also syncs well with modern policing systems aided by technology that factors geographical information and  demographics with crime data as bases for deployment of forces,” he added.

The bill was filed by Surigao del Norte Second District Rep. Robert Ace Barbers, seeking to amend Section 386 of The Local Government Code of 1991 which imposes a minimum requirement of 2,000 inhabitants for a barangay to be created, except in Metro Manila and other highly-urbanized areas where barangays should have at least 5,000 inhabitants.

Banac said that limiting the population of each barangay to 15,000 residents will “enable the smallest unit of local government with a uniform standard of governance to enforce local ordinances.”

He said that the long term implementation of the measure once it becomes a law supports the program of the government to decongest urban areas by introducing development and equal opportunities to the provinces.