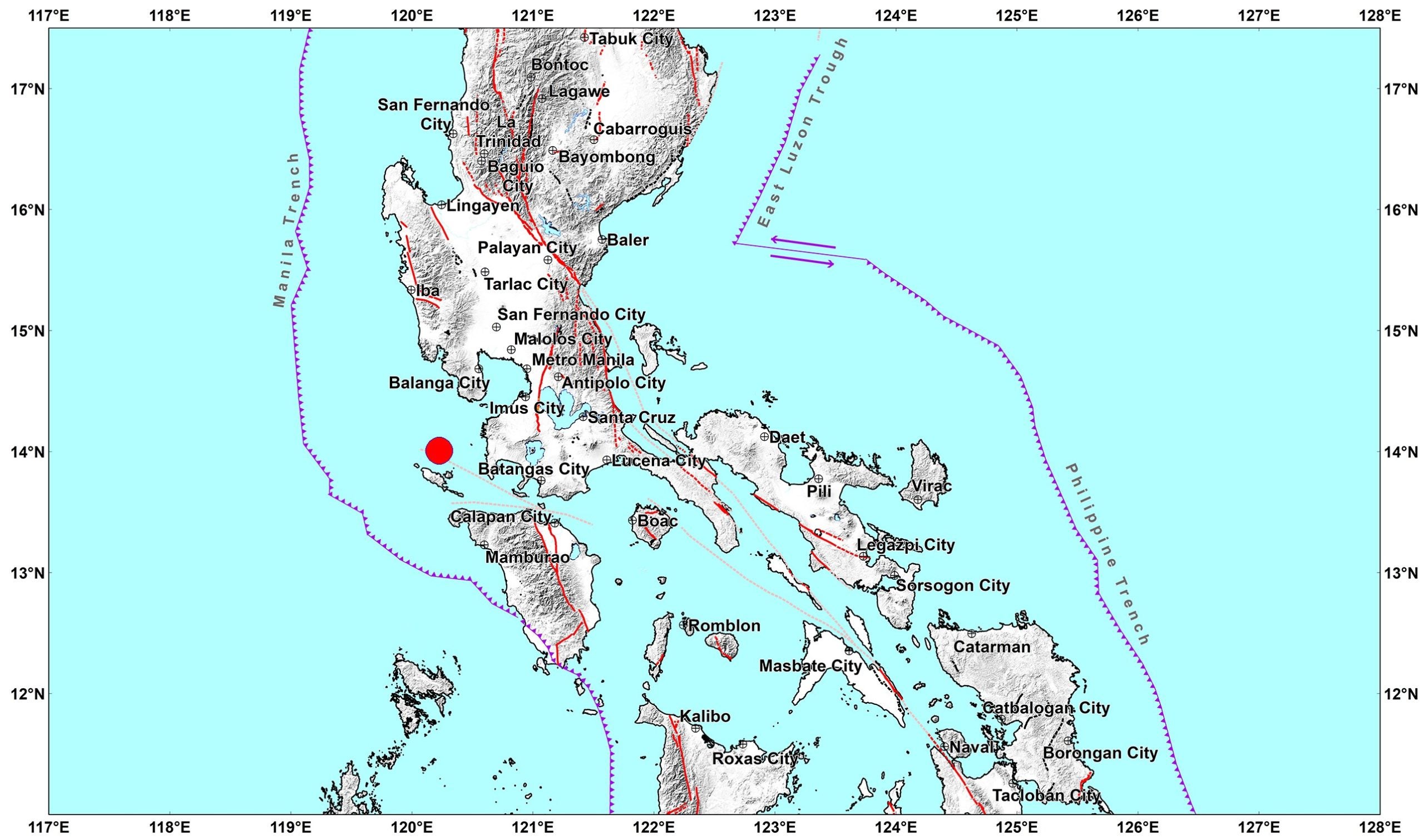 The quake struck at 3:18 a.m. at 20 km northeast of Lubang Island at a depth of 76 km, according to the Philippine Institute of Vulcanology and Seismology (Phivolcs).

People on social media from various parts of Metro Manila like Makati, Antipolo City in Rizal, and Tanauan in Batangas said that they felt the tremor.

Aftershocks are still expected, but no damage was recorded as of now.

[This is a developing story, please refresh for updates.]