CITY OF SAN FERNANDO, Pampanga, Philippines — Kapampangan people will most likely be the least to go hungry should the new coronavirus disease (COVID-19) pandemic, or other health and environmental threats lead to food shortages.

Cultural advocates, including food heritage chef Lillian Borromeo, strongly think so because Kapampangan, while proud of their reputation as gourmands, also have an arsenal of survival food in times of famine.

Often mentioned is “quisa”—rice cooked with “kamote” (sweet potato), corn, yam, or peanuts as an alternative when palay (unhusked rice) is scarce.

For Borromeo, stocks of “ibe,” or small, dried shrimps, come handy to flavor whatever vegetable is available. Soup can easily be made by mixing shreds of “tinapa,” or smoked fish. 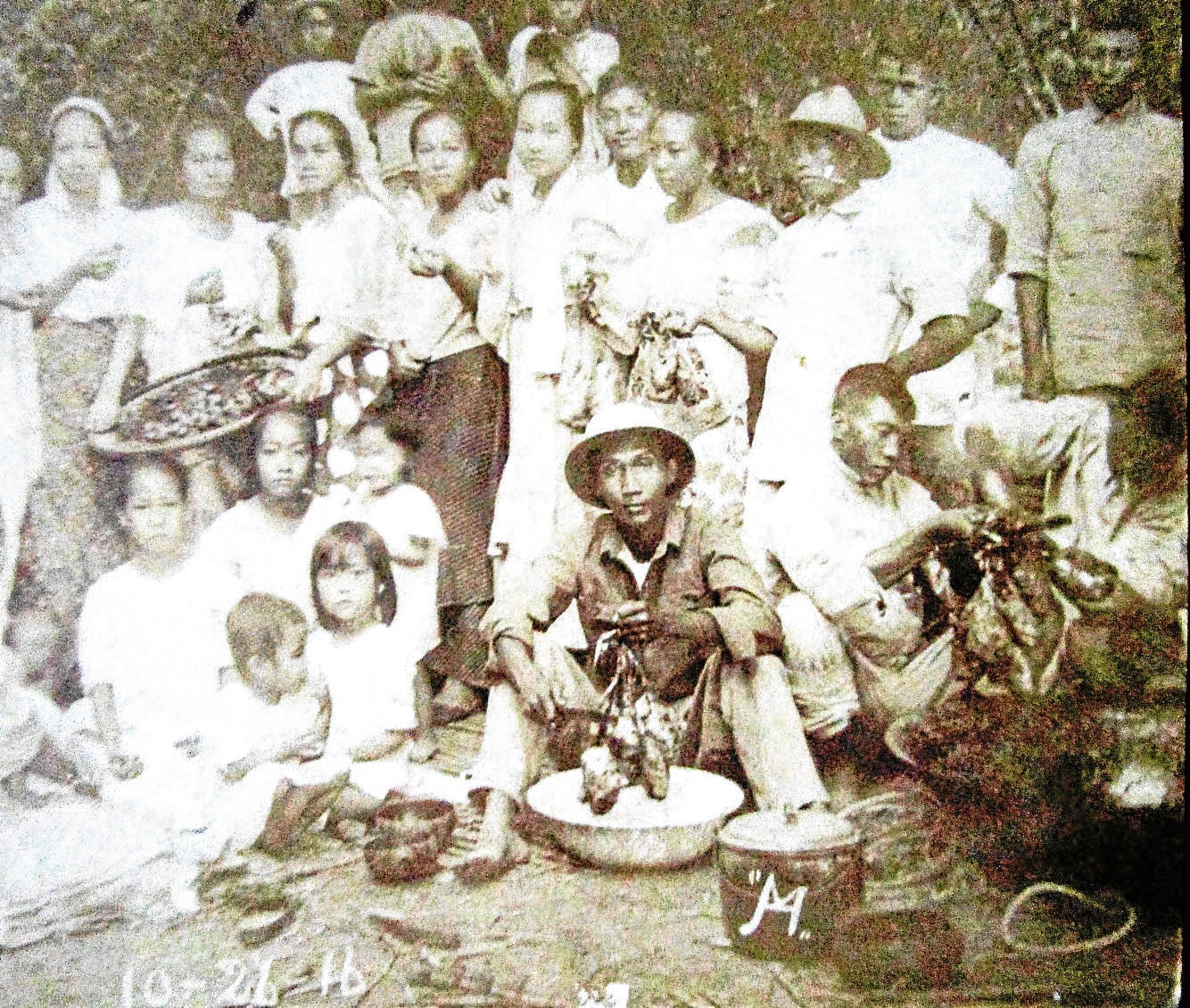 CLAN PICNIC In this 1916 photo, members of a Kapampangan clan go to a picnic, bringing their respective dishes to the gathering. —ALEX R. CASTRO COLLECTION

“These can be called survival food because it’s making do with what is available,” said Castro, curator of museums at the Center for Kapampangan Studies (CKS) of Holy Angel University in Angeles City. 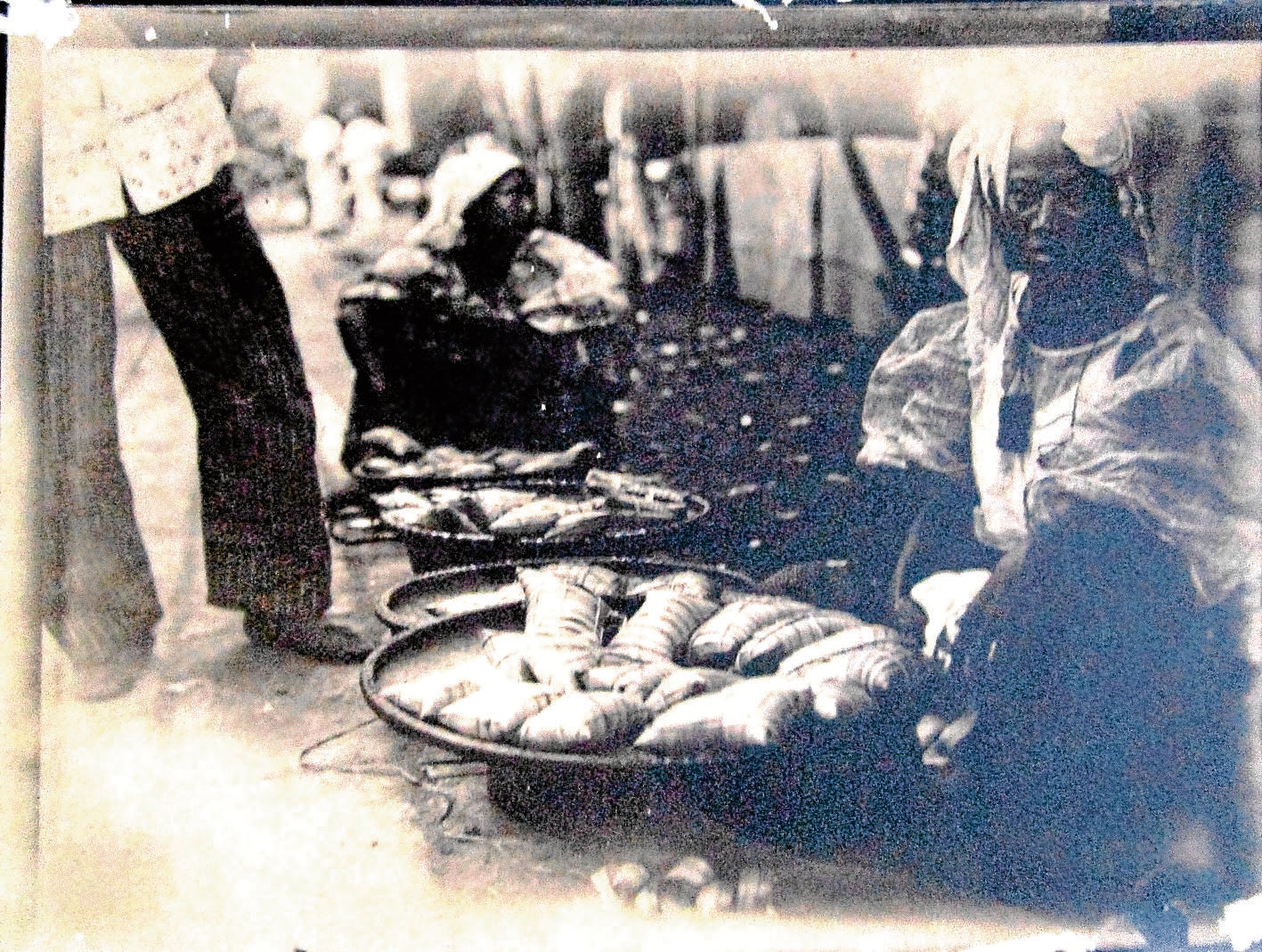 Kamote is “indispensable because it could be fried, stewed, boiled and roasted,” Castro said. There are also “de lata” (canned) emergency food like pork and beans, and sardines, he said.

Joel Mallari, an anthropologist, has these on his list: All sorts of “Lagat,” or vegetables removed of bitter taste and cooked in vinegar like “sabo Bonifacio” and “sabo bato kapulan.”

Chef Sau del Rosario, a native of Angeles City, lined up a few like “camansi” with “gata,” “patola misua,” boiled “saguin” and camote, and “monggo” with ampalaya. 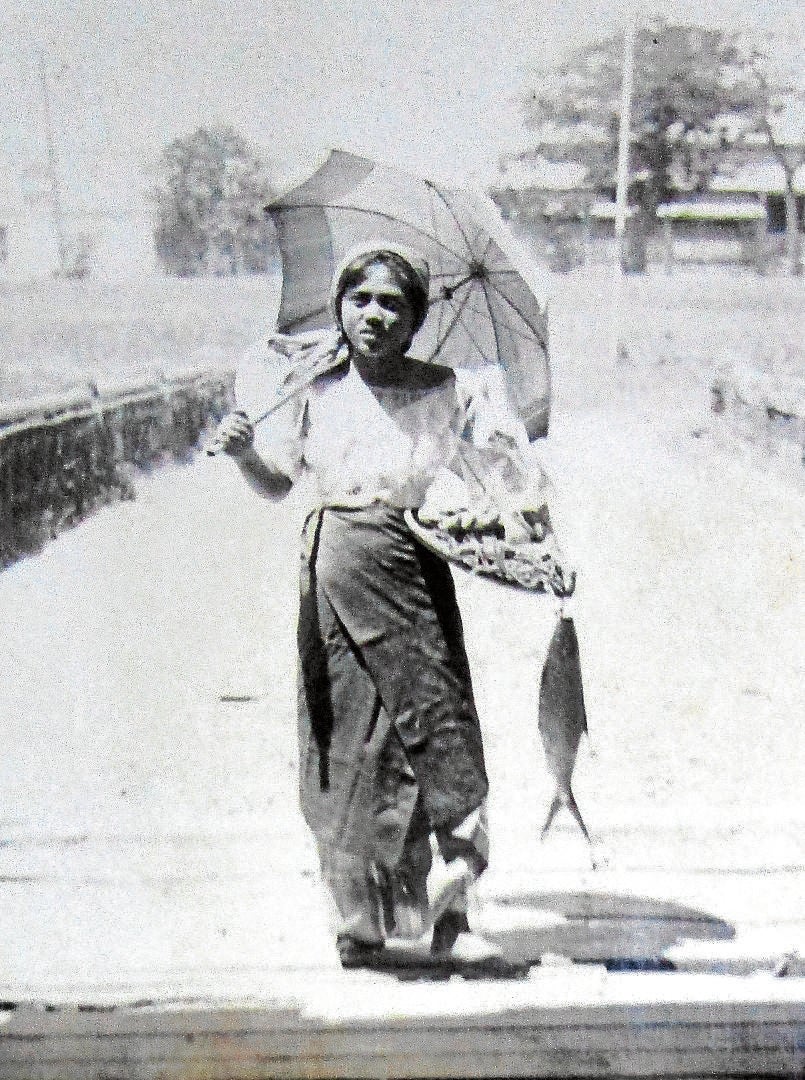 There is no single book that provides the recipes for these.

Tantingco said the survival food evolved as the Kapampangan coped with the destruction of crops and livestock that came with the hazards of their geography and politics like floods, the World War II, the Huk rebellion, and Mt. Pinatubo eruptions and lahar flows.

Musni observed: “What is difficult in Pampanga is that amid the hard times, people still find means to eat delicious food.”

Mallari said the use of survival food depended on the availability of food in dry or wet season, or life cycle of insects. Kamaru, for instance, thrived during rainy days.

As rice is an important commodity to the Kapampangan, it was timely that Luzon was placed on enhanced community quarantine (ECQ) shortly after the rice harvest period, Mallari said.

So in the ECQ that was twice extended in Pampanga and other Central Luzon provinces, it appears that no widespread famine has so far occurred, a situation that does not fuel the need to depend on survival food, he said.

Where he lives, Mallari said people often went out to buy food during the quarantine. “They seem not to have stocked up on food perhaps because they prefer fresh food,” he said.

His barometer of when things turn worst is when his neighbors start to ask for ripe fruits as viand. 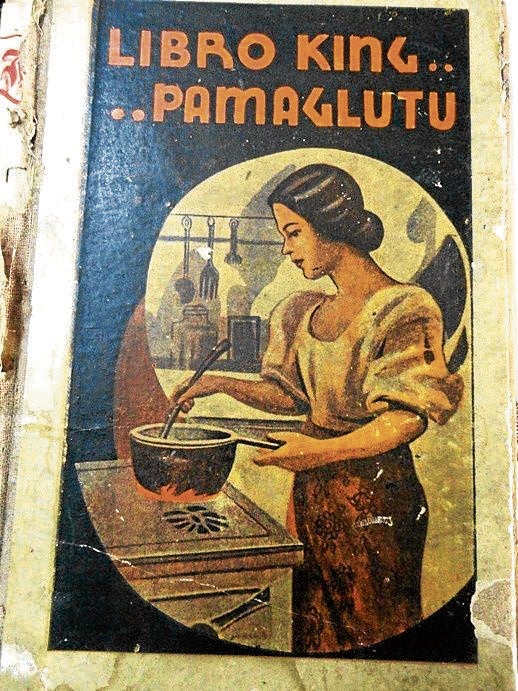 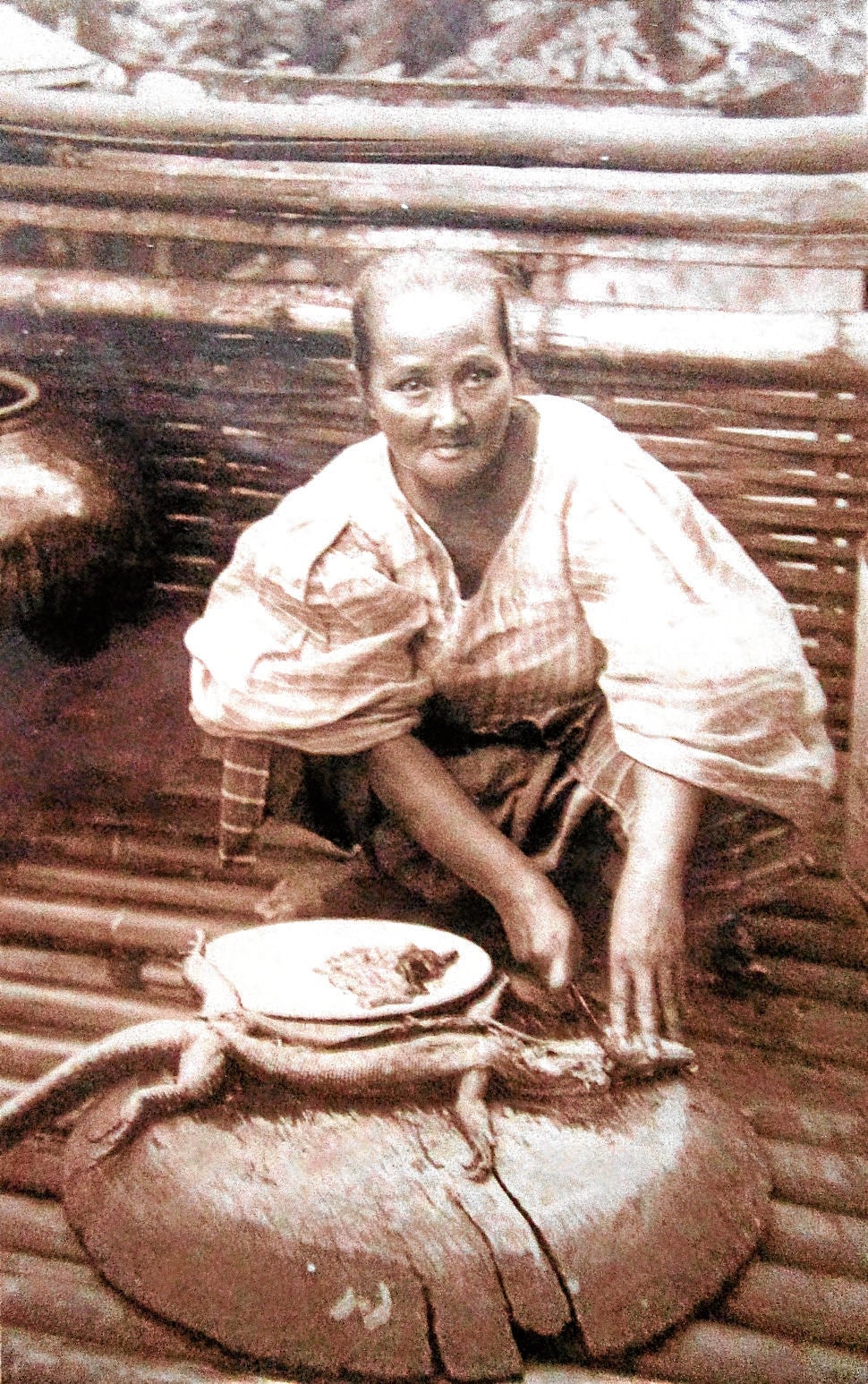 COOK’S GUIDE In the early 1900s, Kapampangan women were expected to be good cooks that recipes were compiled for them in a 1930 cook book (top). Even “barag,” or large lizards, can be cooked in many ways in Pampanga. —ALEX R. CASTRO COLLECTION

Tantingco said the kinds of survival food also depended on class and location. The distinctions are between “pamangan kalulu” (poor people’s food) and “pamangan makualta” (rich people’s food), and southern (where marine life in the Pampanga River and Manila Bay) and northern towns (where plants, poultry and livestock thrive).

COVID-19 also challenged the concepts of sources of food, Mallari said. These include the public market and village-based “talipapa,” or backyard garden.

In case of famine, he said survival food would really clash with the tradition of good food.

The coming planting season may spell starvation or sufficiency, depending on how farmers cope with the extreme heat and, later, floods.