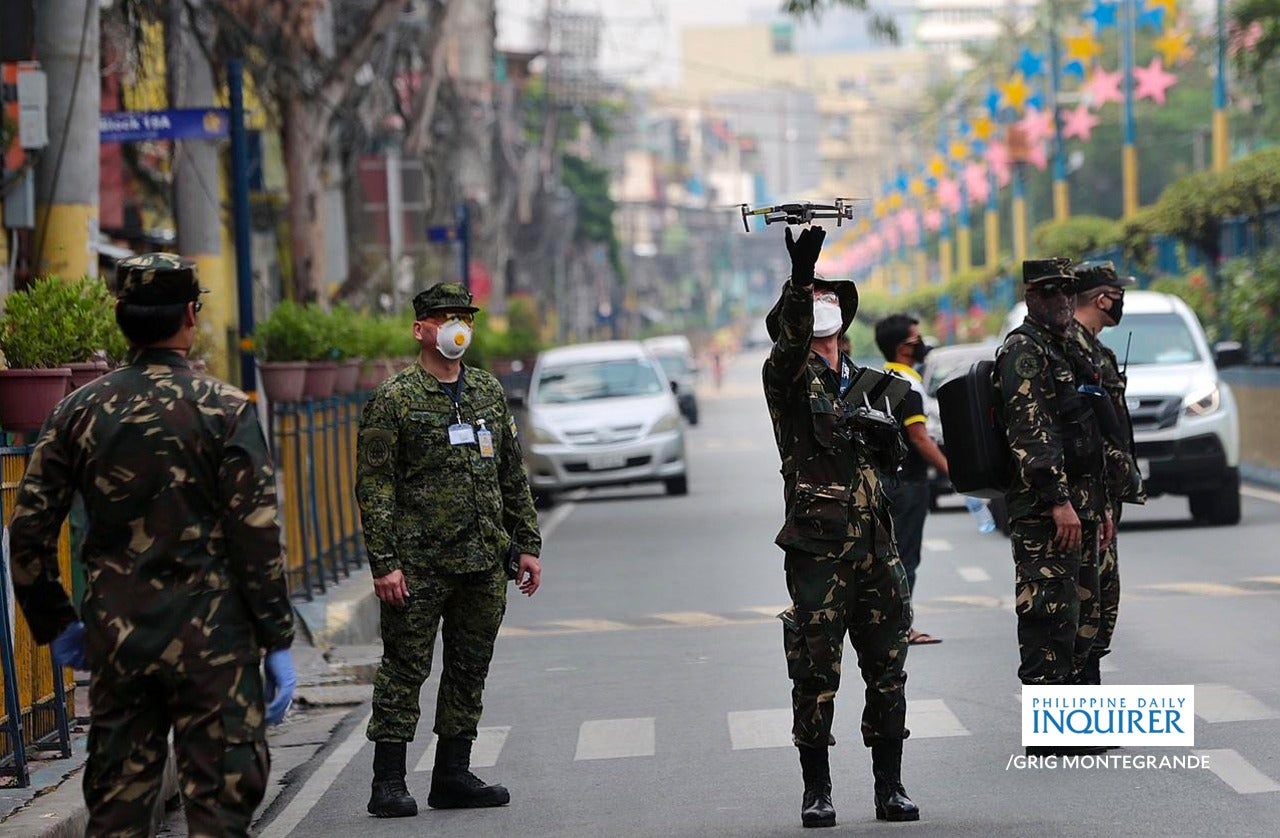 Members of the Philippine Airforce use a drone to monitor the imposed total lockdown in Barangay Addition Hills in Mandaluyong City on Thursday as the city tackles the coronavirus pandemic. (Grig C. Montegrande/Inquirer)

MANILA, Philippines — The government’s coronavirus task force will “strongly consider” a likely proposal of the Metro Manila Council (MMC) to extend the lockdown until May 30, an official of the Department of the Interior and Local Government said Saturday.

Interior Undersecretary and Spokesman Jonathan Malaya made the statement even as he said that some areas of the National Capital Region (NCR) could be placed under a general community quarantine after May 15.

“It’s possible there would be areas in the NCR that would be downgraded to GCQ.  But it depends on the data as May 15 nears,” Malaya said over radio station dzBB.

The Inter-Agency Task Force for the Management of Emerging Infectious Diseases (IATF-MEID) could come up with a final decision either on May 13 or 14, he said, adding that the task force would “strongly consider” the recommendations of the Metro Manila mayors.

“We will respect the recommendations of the Metro Manila mayors because they are our partners in implementing the ECQ,” Malaya said. “However, their proposal is simply recommendatory to IATF.”

The MMC, composed of 17 mayors in NCR, is considering to extend the enhanced community quarantine until May 30 to allow their health departments to conduct mass testing.

Interior Secretary Eduardo Año has noted that some areas in Metro Manila (population: 12.8 million) were already improving in addressing the coronavirus disease pandemic.