Speaker Alan Peter Cayetano on Friday vowed retribution against officials of the National Telecommunications Commission (NTC) for reneging on their promise to allow ABS-CBN to continue operating and Solicitor General Jose Calida for “unconstitutional meddling” in the work of Congress, as another House member threatened criminal charges against them.

In a statement on Friday, Cayetano said that “in the midst of more important problems” brought by the eruption of Taal Volcano and the emerging new coronavirus disease (COVID-19) pandemic, Congress was left assured in the commitment made in March by the NTC that it would give a provisional authority to ABS-CBN.

“Last Tuesday we were all ambushed by the NTC,” Cayetano said on his personal Facebook page.

A ‘mess’ to be fixed

“Despite the legal opinion of the Department of Justice [and] a resolution from the Senate, and several verbal and written assurances given to Congress—the NTC appears to have succumbed to pressure from the solicitor general, and issued a cease-and-desist order to ABS-CBN,” he said.

On May 3, Calida warned the commissioners they would face prosecution for corruption if they gave the network a provisional authority to operate without first obtaining a franchise.

Cayetano said that in response to the network’s shutdown, Congress will just have to do “our job” and “fix the mess others make” and tackle the franchise renewal bills in a fair manner.

“As for the sudden flip-flopping of the NTC and the unconstitutional meddling by the solicitor general in the business of Congress, I promise you—there will be a reckoning,” Cayetano said.

He did not elaborate, but he opened his statement with a biblical passage from Jeremiah who had called on God to overthrow his tormentors and “deal with them in the time of your anger.”

It was the first time the Speaker has commented publicly on the controversy since Tuesday when the NTC ordered the ABS-CBN to stop operating all its television and radio stations around the country.

The order came a day after the network’s 25-year franchise had lapsed. The bills to renew it had been left languishing in the House for years.

President Duterte, citing alleged politicking by the network during the 2016 presidential polls, had said he would block the renewal of the franchise.

A day after the shutdown, presidential spokesperson Harry Roque said Mr. Duterte told him that he was now “neutral” on whether the franchise would be renewed, adding that legislators could vote on it either way and that would not “endear” the President.

On Friday, Roque said a legislative franchise was “an independent prerogative of the legislative branch.”

“We therefore ask those who clamor for the continued operations of the network, whose broadcast franchise had lapsed, to lobby before their representatives in the august halls of Congress and make their voices be heard,” he said. 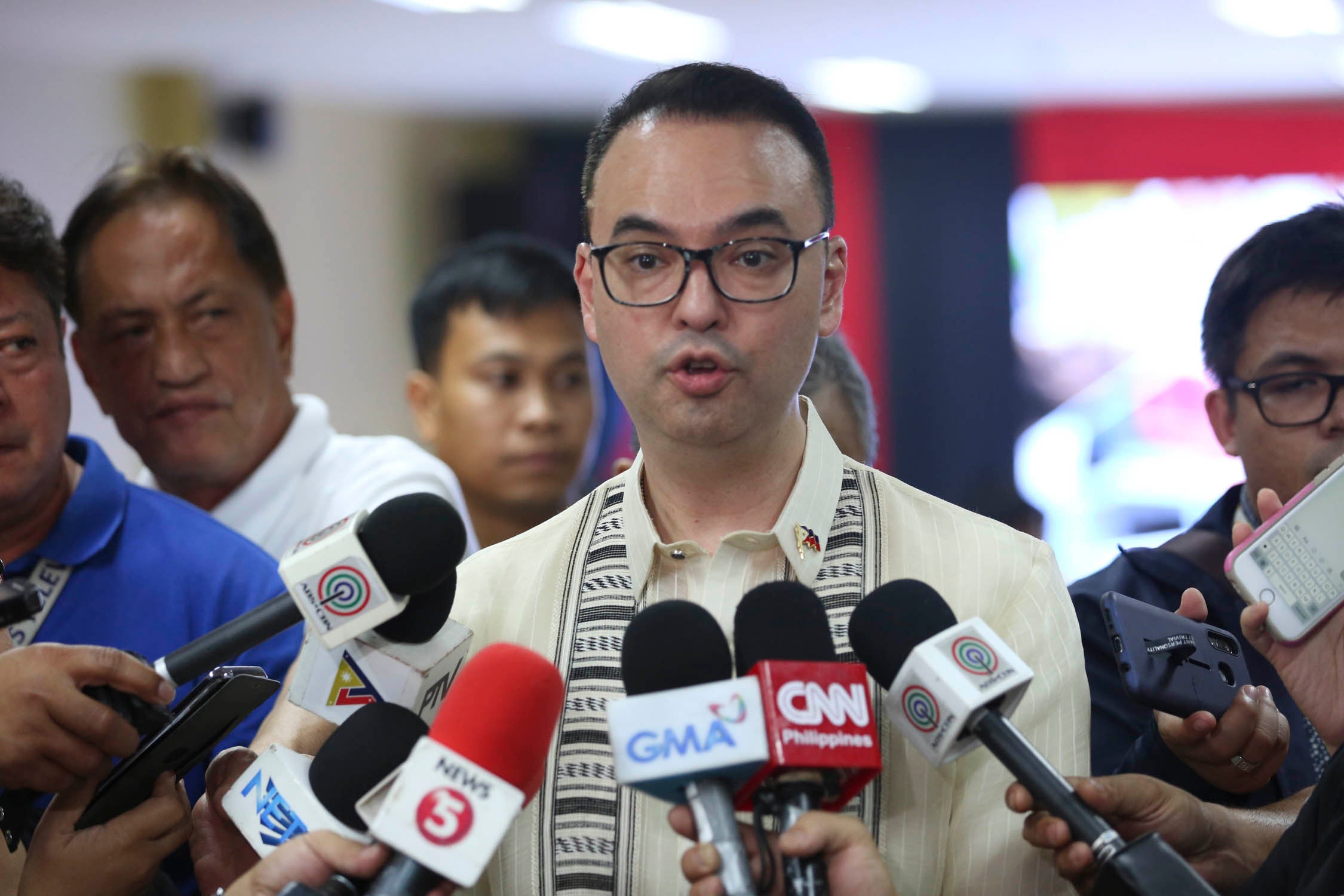 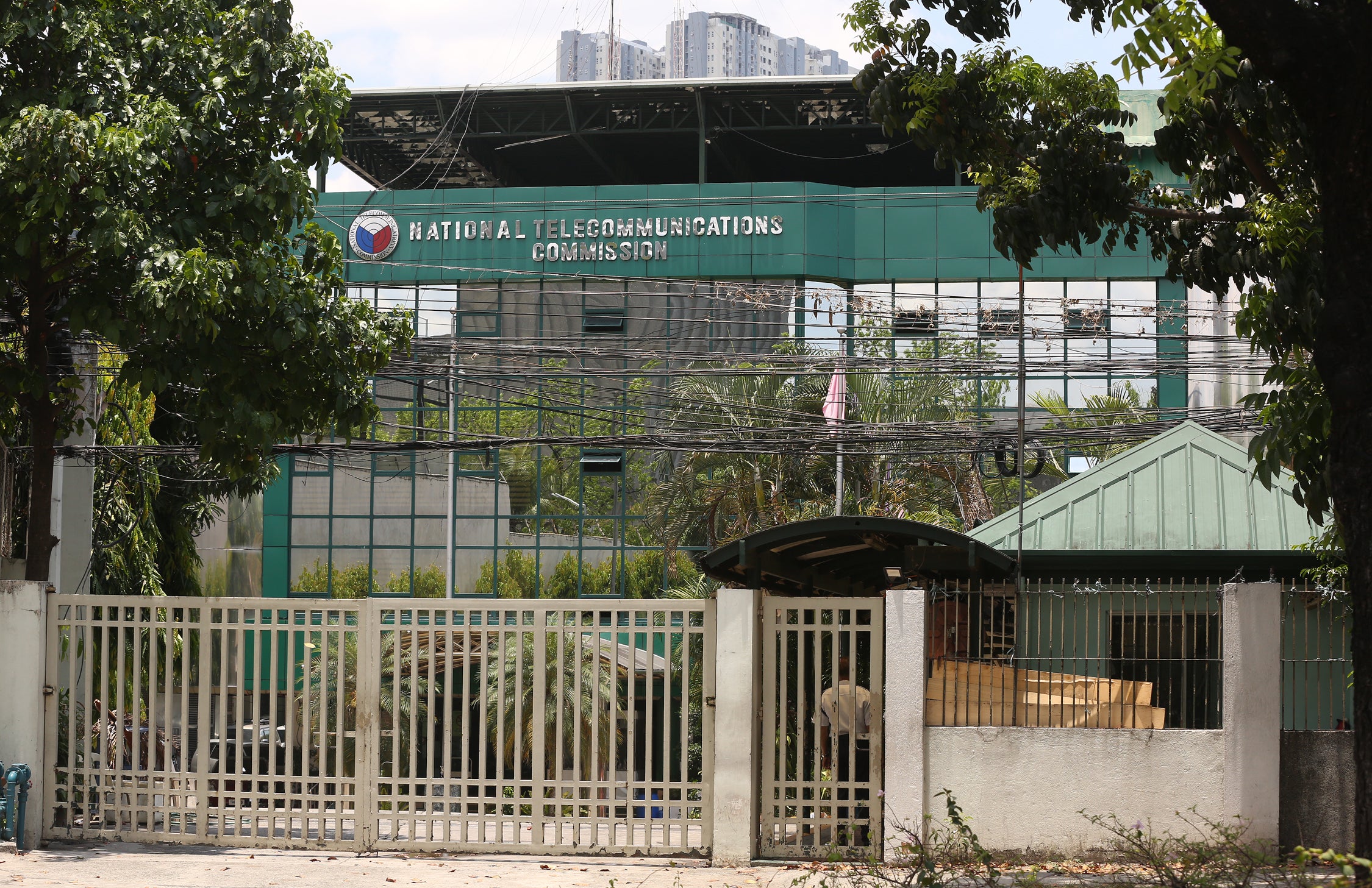 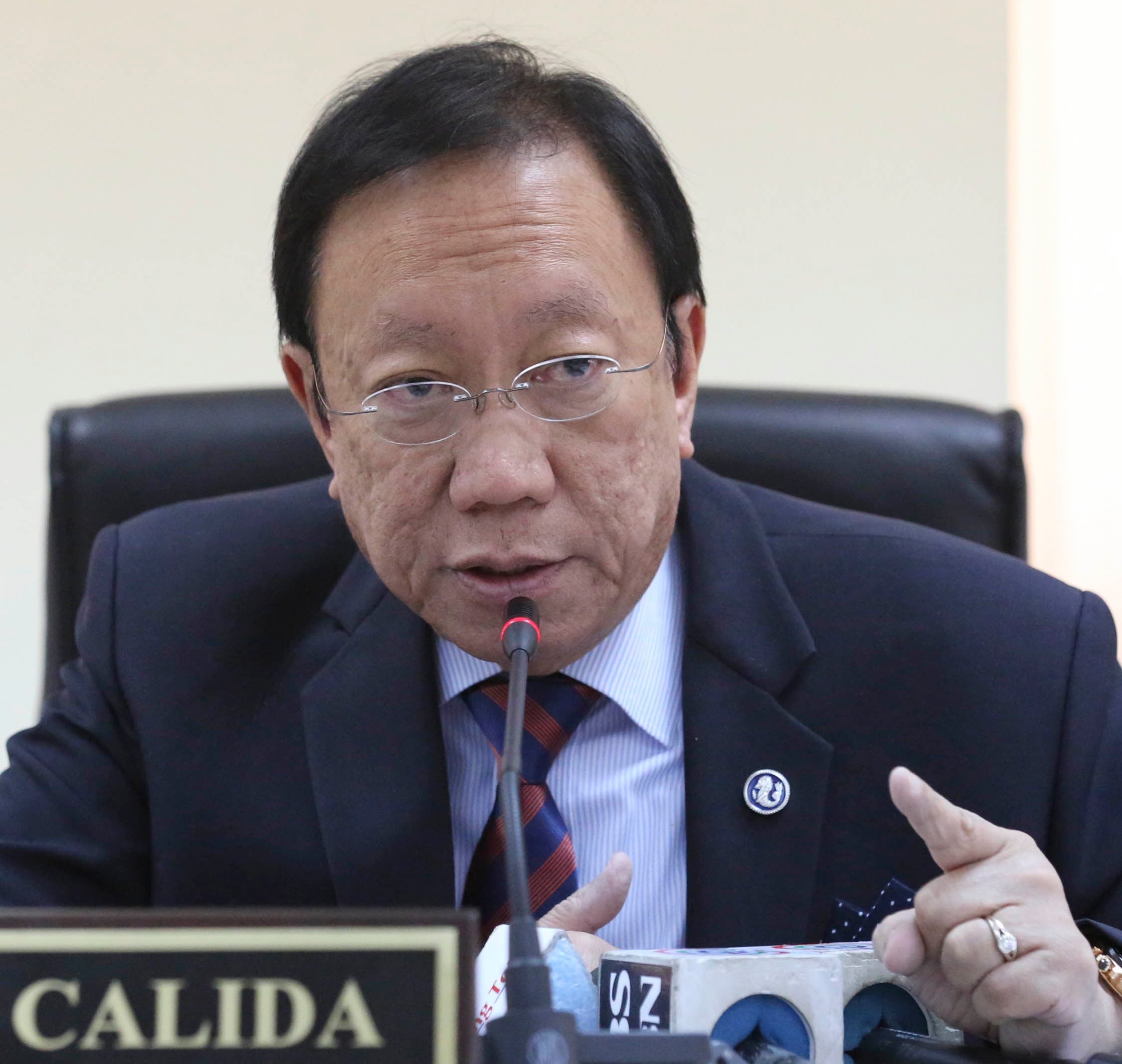 Also on Friday Anakalusugan Rep. Mike Defensor, House public accounts committee chair, said the NTC commissioners and Calida should face a probe for breaking the commitment made under oath by NTC Commissioner Gamaliel Cordoba that the agency would issue a temporary permit to ABS-CBN.

He filed House Resolution No. 846 calling for the investigation of the alleged “conspiracy” between the officials of the NTC and the solicitor general to “subvert” the authority of Congress to decide on applications for legislative franchises.

The NTC officers and the solicitor general could be charged with, among others, perjury and graft, the resolution said.

‘About people who lied’

“This is a conspiracy of the lowest and most despicable kind—one that was perpetrated on the nation during a time of crisis. When Filipinos are dying and in desperate need of assistance,” Defensor told reporters during an online press briefing.

The House investigation, he clarified, was not about the controversy surrounding the ABS-CBN franchise or press freedom, but “about people who lied and conspired to deceive, not just Congress, but the entire government—for their own political ends.”

In a statement, he said that Congress was serving “fair warning to those public officials who think they can come to the ‘House of the People’ to lie and deceive with impunity.”

He said members of the House “will not stand for it and your actions will have serious consequences.”

“For when you lie to us, you lie to the whole nation. When you try to deceive us, you are deceiving the Filipino people,” he added.

Defensor said he was the sole proponent of the resolution when he filed it on Friday but was hopeful other House members would support it when sessions resume on Monday.

“My gut feel is of course many more will join me,” he told the Inquirer.

ABS-CBN on Thursday petitioned the Supreme Court to stop the NTC from enforcing its order, saying it would cause irreparable damage to the company and curtail press freedom.

The network’s news and entertainment shows, however, would not completely vanish as ABS-CBN could transfer some of them to its cable and online platforms not covered by the NTC closure order.

Its flagship news program “TV Patrol” made a blockbuster comeback on Facebook and YouTube on Thursday. The Thursday night newscast had a whopping 8.3 million views on Facebook and over 800,000 on YouTube as of late Friday afternoon.

The internet has become a significant area where the broadcaster could win back lost viewers but it may not be able to provide an adequate space where it could recover lost earnings from advertising.

The company’s data showed TV had a monthly usage of 95 percent against 55 percent for the internet because of inadequate online connections in many areas.

ABS-CBN said on Friday that dzMM “TeleRadyo” and “TV Patrol” would also air on its digital television Channel 5 through a blocktime agreement.

This means ABS-CBN TVPlus users in Mega Manila, Laguna, parts of Baguio, Iloilo and Bacolod can view those programs.