MANILA, Philippines —A Grab Delivery Service worker was fatally injured after his vehicle was hit by a van along the southbound C5 Road in Pasig City, police said Wednesday.

A report from Eastern Police District identified the rider as Paul Michael Salvio, 22, and the van driver as Alberto Dugando.

Police said both vehicles were traversing C5 Road in Barangay Ugong at 4 p.m. on Monday when the motorcycle was partially hit by the van. The motorcycle was then dragged, causing it to strike a concrete post at the roadside. 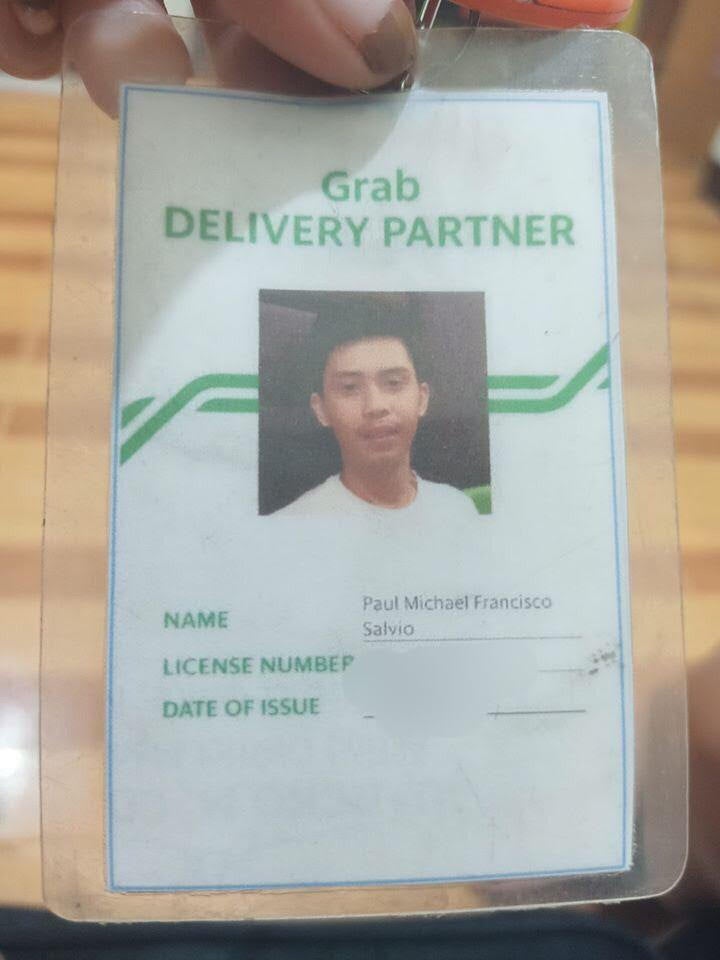 Salvio was brought to The Medical City in Pasig where he later died. Dugando is detained at the Pasig City police station.

Meanwhile, Maricon Francisco, mother of Salvio, told INQUIRER.net in a Facebook message that a funeral parlor is charging them for P60,000 for the autopsy and burial service of her son.

One of the relatives of Salvio, whose name was asked to be hidden for her security, also posted on Facebook to call for donations to give a proper burial for Salvio.

“Your prayers and financial assistance will mean a lot to the bereaved family to give Paul a decent burial. Please send your donations via GCash to the wife 09154890786. Maraming salamat po (Thank you so much). God bless us all,” she said.

Francisco said they already filed charges against Dugando, who is detained at Pasig City police station.

Ride-hailing firm Grab Philippines expressed sympathy to the family of Salvio, saying that they are arranging cash aid for the bereaved family.

“We regret that one of our delivery-partners died in an accident last Monday in Pasig, and we express our grief and condolences to his family and loved ones,” read the statement from the Media Team of Grab Philippines issued on Thursday.

“Grab has been closely coordinating with his family and will be providing financial assistance from Grab, on top of that we are working with the family on the processing of the claims from our insurance provider,” it added.