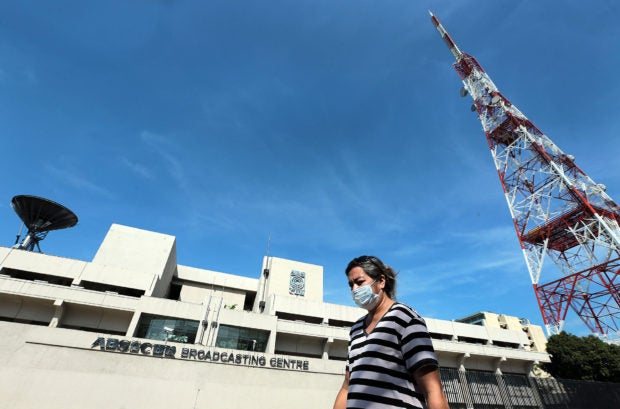 BAD SIGNAL For the Action for Economic Reforms, a group of economists and development specialists, closing down ABS-CBN “sends a signal that the administration does not care about national unity and is more concerned about political vendetta.’’ —GRIG C. MONTEGRANDE

MANILA, Philippines — A group of economic reform advocates on Wednesday denounced what it called the “arbitrary cease-and-desist” order issued by the National Telecommunications Commission (NTC) against television network ABS-CBN, which was forced to sign off on Tuesday, a day after its 25-year congressional franchise had lapsed.

“Such politically motivated action undermines the whole-of-society effort to beat COVID-19,” the Action for Economic Reforms (AER) said in a statement.

The AER, which supported fiscal reform programs of the current and previous administrations, is composed largely of economists and development specialists. It had strongly lobbied for the passage of the sin tax law and the Tax Reform for Acceleration and Inclusion Act, both of which were credited for strengthening the country’s fiscal position, including future resources to pay for any pandemic-related borrowing.

Presidential spokesperson Harry Roque on Wednesday said President Rodrigo Duterte could not overturn the NTC decision but was now taking a “neutral” position regarding the network’s franchise long pending in the House of Representatives.

Roque, however, said the President could not certify the franchise bill as urgent, as suggested by Sen. Sonny Angara, because it was a bill that would grant privileges to a private company.

The President’s neutral position is what is now “significant,” he told ABS-CBN News Channel (ANC), the network’s cable outfit broadcasting on a separate franchise.

Roque said the President had already accepted an apology from the network owners, referring to Duterte’s complaints against ABS-CBN for airing a negative propaganda against him and for not using his campaign advertisement during the 2016 presidential polls.

“He kept on reiterating in our 20-minute conversation last night at 10 in the evening that he really is neutral and to let his allies (in Congress) know that he will not hold it against them and it will not endear him either way. They can vote as they wish,” Roque said.

In their statement, AER and its supporters said media organizations provided critical public service in the fight against the severe respiratory disease.

They held the House leadership, specifically Speaker Alan Peter Cayetano, accountable for delaying the network’s franchise renewal, making him “complicit in the conspiracy to close down ABS-CBN.”

They also lashed out at the NTC for “bowing to political pressure.”

“This action of closing down ABS-CBN sends a signal that the administration does not care about national unity and is more concerned about political vendetta,” the group said, adding that the Filipino people will suffer the most.

Cayetano faced brickbats from his colleagues for his inaction that led to ABS-CBN’s shutdown. One of them, Buhay Rep. Lito Atienza, was forced to apologize publicly for the “failure of Congress to do its job.”

“This is our fault. This is the fault of Congress. More important, I’d like to say squarely — this is Speaker Cayetano’s fault,” he said in an interview aired on ABS-CBN News Channel (ANC), which continued to operate under a separate franchise.

The House legislative franchises committee chaired by Palawan Rep. Franz Alvarez had sat on bills renewing ABS-CBN franchise since 2016, spanning the 17th and 18th Congresses. The bill was also sidelined during the later part of the Aquino administration.

The Alvarez panel held only two meetings on the bills as the May 4 franchise expiration drew close.

The House leadership had relied on a pledge by the NTC before Congress went on Lenten break on March 11 that it would give a provisional authority to the network to continue operating while its application was still pending in Congress.

But Atienza said the fault lay neither with the NTC nor Malacañang.

“Blame NTC? No. NTC is merely functioning and doing its job. Whose fault was this? Malacañang? Malacañang had no fault here. The power and responsibility to act on franchises are with Congress,” he said.

Albay Rep. Edcel Lagman agreed that the NTC must not be used as the scapegoat for the “patent failure of the leadership” of the House.

He blamed Cayetano for not listening to his colleagues’ calls to take action.

Lagman said the shuttering of ABS-CBN “highlights the verity that the House must exercise its constitutional powers independently and without succumbing to the President’s intervention.”

Foreign Secretary Teodoro Locsin Jr., a former Makati representative and former ABS-CBN host, joined the attack against the House and the NTC.

Locsin said the NTC singlehandedly undermined the government’s efforts on the unprecedented COVID-19 crisis, and that the House had “sunk lower than imaginable” while the country was being gripped by a pandemic.

“Thank you NTC and fuck you!,” he tweeted.

“And thank you House of Representatives. I come from you where I was proud to serve but you now, you today have sunk lower than imaginable—and in this pandemic. The renewal of a media franchise is not whether you or anyone else likes it: it is first priority in a democracy,” he wrote entirely in uppercase letters for emphasis.

“No one in the executive branch should ever move against a media outlet to the detestation of the world. The one who does has betrayed the President,” Locsin said in another tweet, all in capital letters.

Apology, but no retraction

The Makabayan bloc, however, insisted that the President was to blame for the actions of the NTC.

“It was President Duterte who has repeatedly said he would shut down the network and he never took this back. He may supposedly have forgiven the management of ABS-CBN when they apologized but he never retracted his statement that he would close the station,” it said in a statement.

The group of militant lawmakers was referring to repeated threats from the President that he would block the network’s franchise renewal over the campaign propaganda issue.

Duterte once told the administration-dominated House in 2017: “Congress, no need to renew it.”

In December last year, he told ABS-CBN that if it expected its franchise would be renewed, “I’m sorry, I will see to it that you’re out.”

“If I were you, just sell it,” he added: “I will make sure that you will remember this episode of our times forever.”

Makabayan urged the House to immediately approve the ABS-CBN franchise.

Magdalo Rep. Manuel Cabochan III said “Malacañang cannot play the hands-off card on this matter” after Solicitor General Jose Calida, who had filed a quo warranto case to revoke the broadcaster’s franchise, contradicted the Department of Justice position that the network could continue operating while its franchise was pending.

Calida: ‘Nobody is sacred’

In a statement, Calida said the NTC, which he had threatened to sue if it had given a provisional permit to ABS-CBN, was just exercising its regulatory power according to the rule of law.

“Nobody is sacred. Even a powerful and influential corporation must follow the law,” he said. “The question we should be asking is, why hasn’t Congress acted on it? Who is at fault here?”

At the Senate, several senators rejected any retaliation against the NTC for backpedaling on its previous commitment to allow ABS-CBN to remain on the air.

“It will just be a waste of time,” Sen. Nancy Binay said.

Angara said Calida’s threat against the NTC officials had a “negative effect” on their earlier assurance of a provisional license for ABS-CBN.

Senate President Pro Tempore Ralph Recto said it was ironic that as the government was trying to raise revenue in responding to the pandemic, the NTC closed down a company that had been paying P5 billion in annual taxes.

“At a time when more than 1.6 million of our countrymen have lost their jobs, we should not be putting an additional 11,000 people out of work,” Recto said.

—WITH REPORTS FROM MARLON RAMOS AND DONA Z. PAZZIBUGAN