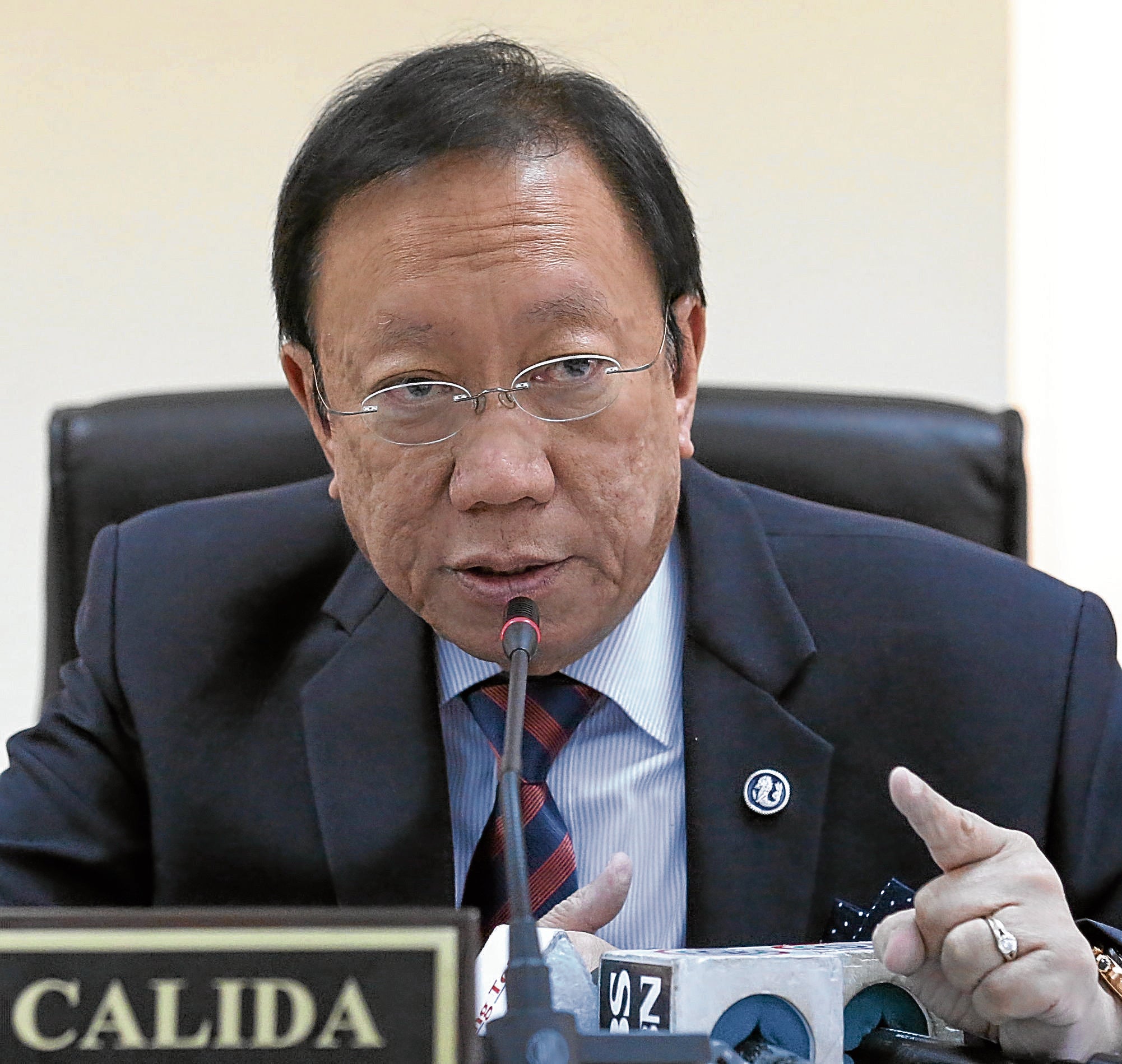 MANILA, Philippines — Solicitor-General Jose Calida on Wednesday said Congress, not the National Telecommunications Commission (NTC), should be blamed for ABS-CBN’s halt in operations.

“Why to blame NTC when they are only following the law,” Calida said.

“Without a valid and subsisting franchise from Congress, the NTC cannot allow any broadcasting entity from operating in the country,” he said as he pointed out that the ABS-CBN franchise has been pending in Congress since 2016.

“The question we should be asking is, why hasn’t Congress acted on it? Who is at fault here,” Calida asked.

The Office of the Solicitor-General earlier cautioned the NTC against granting provisional authorities (PAs) to operate broadcasting services to ABS-CBN Corporation and its affiliate, ABS-CBN Convergence, Inc., despite the absence of franchises from Congress.

“The OSG has the duty to advise the NTC of what is legal or not. We will be abdicating our duty to the NTC if we don’t advise them of the legal consequences of their actions,” Calida said.

Two days after the OSG issued its warning against NTC, the commission issued a cease and desist order against the television giant.

“The Constitution requires a prior franchise from Congress before a broadcasting entity can operate in this country. Absent a renewal, the franchise expires by operation of law. The franchise ceases to exist and the entity can no longer continue its operations as a public utility,” he said.

Read Next
Angara says OSG warning may have caused turnaround in NTC’s order on ABS-CBN
EDITORS' PICK
Percy Lapid’s kin: ‘We demand that his cowardly assassins be brought to justice’
Nothing’s certain so here’s how everyday Filipinos can make the most out of their Plan B
Do all the things you do, faster
PNP vows to bring justice for slain Percy Lapid; says probe underway
House energy committee chair Arroyo bats for cheap electricity
‘Seniority’ requirement despite vacant posts in DOH bothers senators
MOST READ
Student stabs teacher dead in Samar town
Trixie Angeles quits as press secretary due to health reasons
Not rehired?: Trixie Angeles not on list of reappointed Cabinet execs
Heart Evangelista to stay abroad ‘indefinitely’: ‘Hindi muna ako babalik’
Don't miss out on the latest news and information.