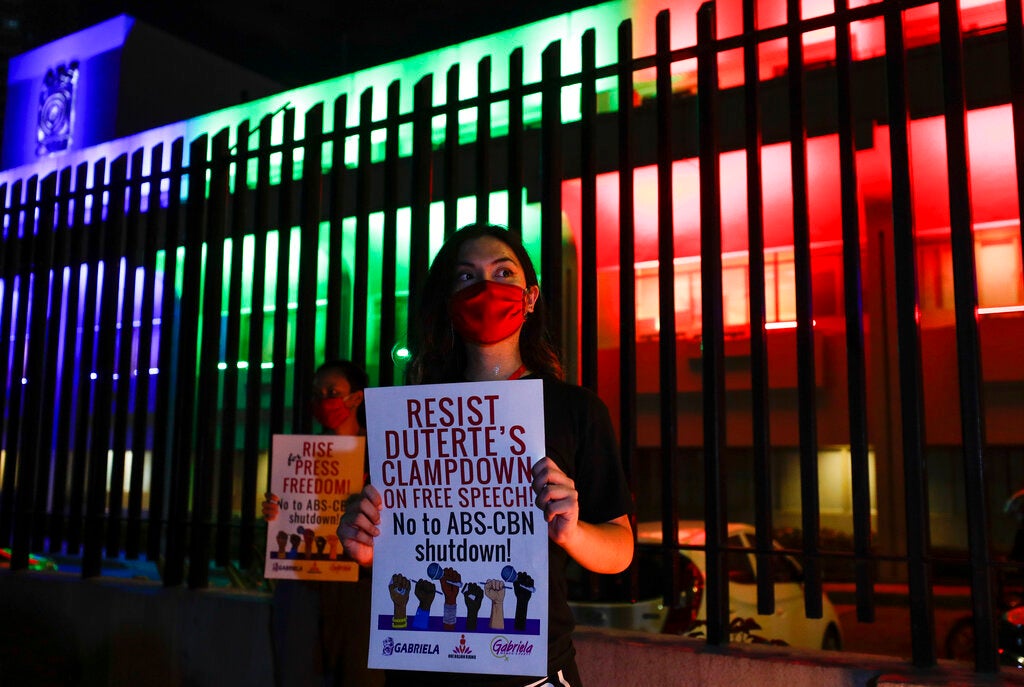 MANILA, Philippines — It is the House of Representatives—particularly Speaker Alan Peter Cayetano—that is at fault over the stoppage of the broadcast operations of media giant ABS-CBN, a lawmaker said Wednesday.

In an interview with ANC, Buhay Partylist Rep. Lito Atienza Jr. apologized over the “failure of Congress to do its job” on the issue of ABS-CBN’s franchise renewal that up to this date, remains pending before the House of Representatives.

“Pagkukulang niya ito sa bayan, he will have a lot to explain one day. It may not be today but later on this issue will hound him because he’s the one who did not do his job,” the lawmaker added.

Atienza said that the House Speaker did “nothing” even as President Rodrigo Duterte urged the lower chamber to do its job on ABS-CBN’s bid for franchise renewal.

“Even if the President kept on reminding him (Cayetano), ‘do your job, magtrabaho na kayo, aksyunan niyo yan.’  What did he do? Nothing,” Atienza said.

While many put the National Telecommunications Commission (NTC) at the forefront of who to blame over the shutdown of the broadcast operations of the media giant, Atienza said that “we have to now put the responsibility squarely on the shoulders of who failed.”

Atienza said he does not agree that NTC should be punished over the move, saying that it is the Congress itself that should carry the burden of the situation.

A challenge to House, Cayetano

Atienza also challenged Cayetano to include the issue of ABS-CBN’s franchise in the agenda of the lower chamber’s sessions.

“If Speaker Cayetano would like to act on this problem, today we have a session this afternoon, Ilabas niya sa floor yan, aprubado na ‘yan,” Atienza said.

Asked why Cayetano is not putting the issue on the floor, Atienza said: “Only him and his conscience will be able to answer that. Maganda siguro humarap si Speaker sa salamin, taungin nya ang sarili niya, ‘Bakit ko ginagawa ito?’”

“He has to answer that one day. It may not be today but power is fleeting. Ang kapangyarihan mabilis mawala sa kamay mo yan,” the lawmaker added.

The NTC on Tuesday ordered ABS-CBN to stop broadcast operations following the media giant’s franchise expiration on May 4.

In an Order dated May 5, the NTC directed ABS-CBN to stop operating its television and radio broadcasting stations nationwide “absent a valid Congressional Franchise required by law.”

The NTC cited Republic Act No. 3846 or the Radio Control Law which states that “no person, firm, company, association, or corporation shall construct, install, establish, or operate a radio transmitting station, or a radio receiving station used for commercial purposes, or a radio broadcasting station, without having first obtained a franchise therefor from the Congress of the Philippines.”

Thus, with the expiration of Republic Act. No 7966, which granted ABS-CBN a 25-year franchise to operate its TV and radio broadcasting stations, NTC said that ABS-CBN “no longer has a valid and subsisting congressional franchise as required by Act No. 3846.