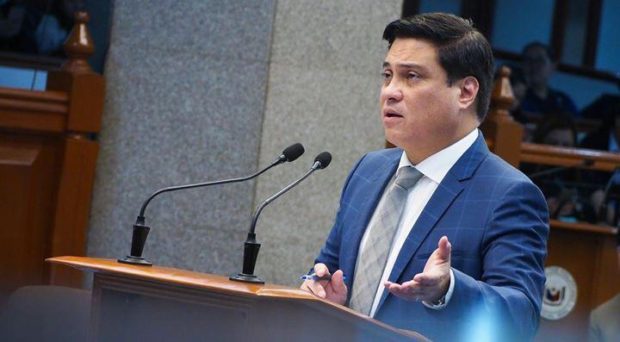 Speaking with reporters in a teleconference on Monday, Zubiri said the upper chamber could pass a resolution urging the Inter-Agency Task Force for the Management of Emerging Infectious Diseases (IATF-EID) to reconsider its decision.

The Philippine Amusement and Gaming Corporation (Pagcor) suspended the Pogo operations in mid-March as the government imposed a lockdown on Metro Manila areas in view of the COVID-19 pandemic.

However, the country’s state gaming regulator confirmed last week that the IATF has allowed the partial reopening of the industry.

“We can approve a resolution and then forward it to the IATF. We will discuss it in the caucus but the majority of the senators that I’ve spoken to are against the opening of Pogos,” Zubiri said, adding that a resolution would only have a “persuasive influence.”

Similar to the views of his colleagues, the Senate leader believes that reopening Pogo operations could mean risking the health and safety of the public.

“I’m not too keen on the resumption of Pogo operations…We feel that a number of people in an enclosed space will enhance the contamination of COVID-19,” Zubiri said.

The Senate minority leader earlier said he would move to resume the Senate blue ribbon committee investigation into Pogo after the partial reopening of Pogo operations drew widespread criticism from lawmakers.

The Pogo industry has been linked to various crimes as well as tax issues.

During a hearing of the Senate labor committee in February, an official from the Bureau of Internal Revenue (BIR) said that Pogos in the country have yet to pay an estimated P50 billion in fees and taxes.

The same hearing also revealed that many of the Pogo workers in the country have yet to secure tax identification numbers.

In another inquiry conducted by the Senate blue ribbon committee, the Anti-Money Laundering Council (AMLC) told senators that P14 billion of the P54 billion in transactions by Pogos from 2017 to 2019 were linked to “suspicious activities.”

Figures presented by AMLC Executive Director Mel Racela during the hearing also showed that around P138 million in Pogo transactions were linked to drug trafficking.

Both Pagcor and Malacañang said Pogo were allowed to  partially reopen because they have been considered as business processing outsourcing (BPO) companies.

BPOs are among the businesses allowed to operate in quarantine areas, provided that a skeleton staff is observed or a work-from-home arrangement is adopted.

But the Information Technology and Business Process Association rejected any similarity between online gambling and outsourcing business.