newsinfo / Headlines
Headlines
‘CRUSHED ’ BUT NOT GIVING UP 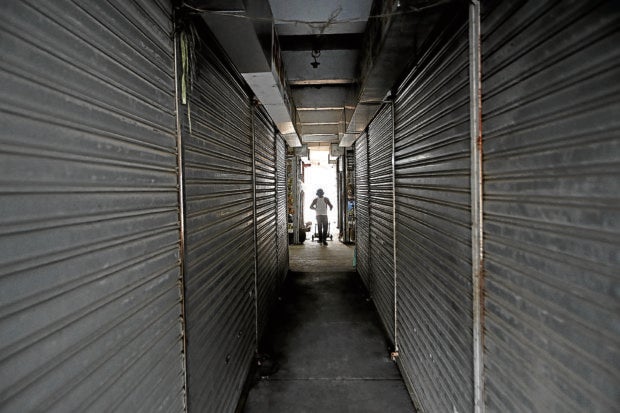 BUSINESS UNUSUAL Only a few stalls remain open at the popular Mahogany market in Tagaytay City as local businesses try to recover from the impact of the eruption of Taal Volcano on Jan. 12 and the coronavirus crisis that broke out two weeks later. —PHOTOS BY RICHARD A. REYES

Tagaytay’s streets are eerily quiet and empty, a picture far from the city normally bustling with tourists and foreigners on a weekend escape.

Even the calming breeze from a recent drive up the ridges of Cavite province cannot soothe a city bleeding economically underneath.

And then, with a horizon clearer than ever, thanks to less pollution from vehicles, is Taal Volcano, a beauty veiled in treachery that not too long ago devastated the city.

“As you know, we haven’t fully recovered yet from the Taal [eruption]. Just as when we were about to reopen, then came [the virus outbreak],” said city tourism officer, Jelanne Mendoza.

The steam-driven eruption of Taal Volcano in nearby Batangas province on Jan. 12 spewed ash that blanketed Tagaytay, some 30 kilometers away.

But Mendoza said it took business establishments only two weeks to clean up for a reboot of the economy, but then the national government acknowledged a local outbreak of the new coronavirus disease (COVID-19).

Tagaytay (population: 71,000) was among the first cities in Cavite to shut its borders, with Cavite Rep. Abraham Tolentino, a former city mayor, appealing to farm and rest house owners to stay in Metro Manila during the quarantine to keep the number of people entering Tagaytay to a minimum.

The city immediately closed its leisure park, casino and shopping malls, while hotel and condominium guests were asked to leave.

Up until last week, the city assisted the last four foreign tourists who flew back to the United States and Spain. 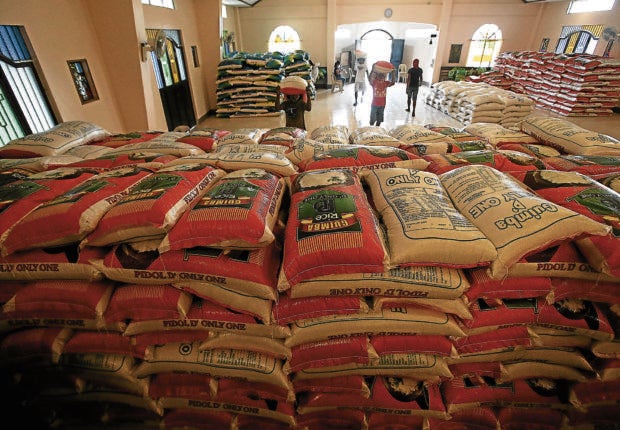 RELIEF OPERATION The city government ensures that rice and food packs will reach residents, especially the poor households, until the community quarantine is eased.

The quarantine measures seem to be paying off, with Tagaytay having only two cases of infection as of April 29. No death to the disease has been traced to the city.

Mendoza said the city lost about P1 billion from the Taal eruption. “With this one, we can’t tell yet. Durog na durog talaga (the economy’s totally crushed),” she said.

About 60 out of hundreds of establishments like banks, grocery and drugstores, and restaurants, are operating but only on take-out or delivery schemes. A branch of a popular coffee shop chain has offered to reopen its business, but city officials are wary that it might draw big crowds of patrons.

“We feel everybody’s excitement for a vacation after several weeks of being locked down in their homes. But we have to carefully study [the city reopening], or there might be a sudden influx of tourists,” she said.

In Batangas, tourism also slips further downhill from a volcanic eruption to a public health crisis.

Only eight of the province’s hotels and resorts are operating, not as a leisure business but as government-tapped quarantine for returning migrant workers.

From canceled weddings, debuts, conventions and team buildings, Juan Lozano, president of the Batangas Tourism Council, said economic losses of hotels, beach resorts, and even food and beverage catering services were climbing to “hundreds of millions” of pesos.

“At least with the hotel I am affiliated with, an event of a pharmaceutical company was packed up right in the middle of its convention. Just imagine a single event [gone that] was worth P500,000 to P700,000,” Lozano said.

“About 60 percent of the [town’s] income comes from the resorts. It’s really a big blow,” he said. 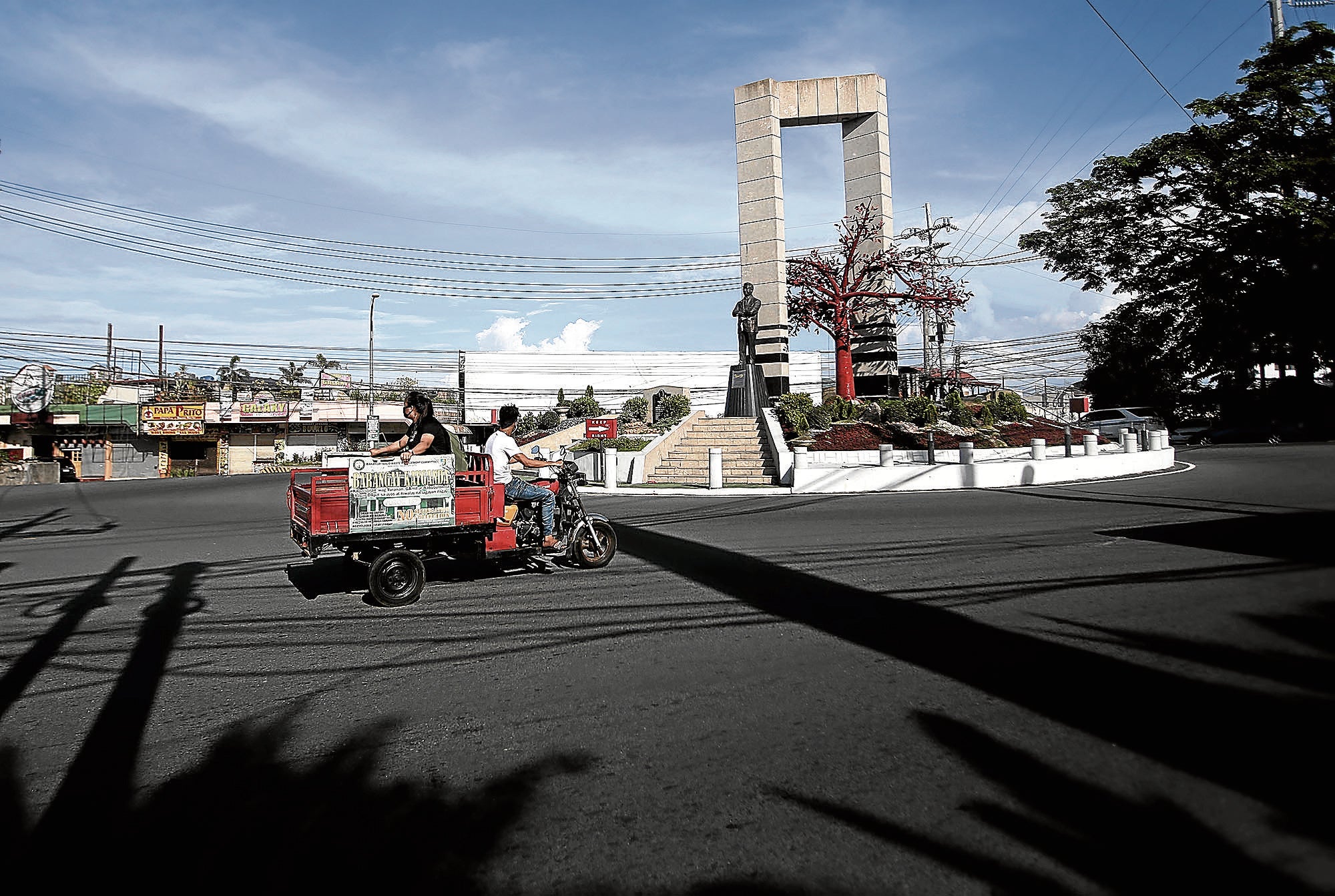 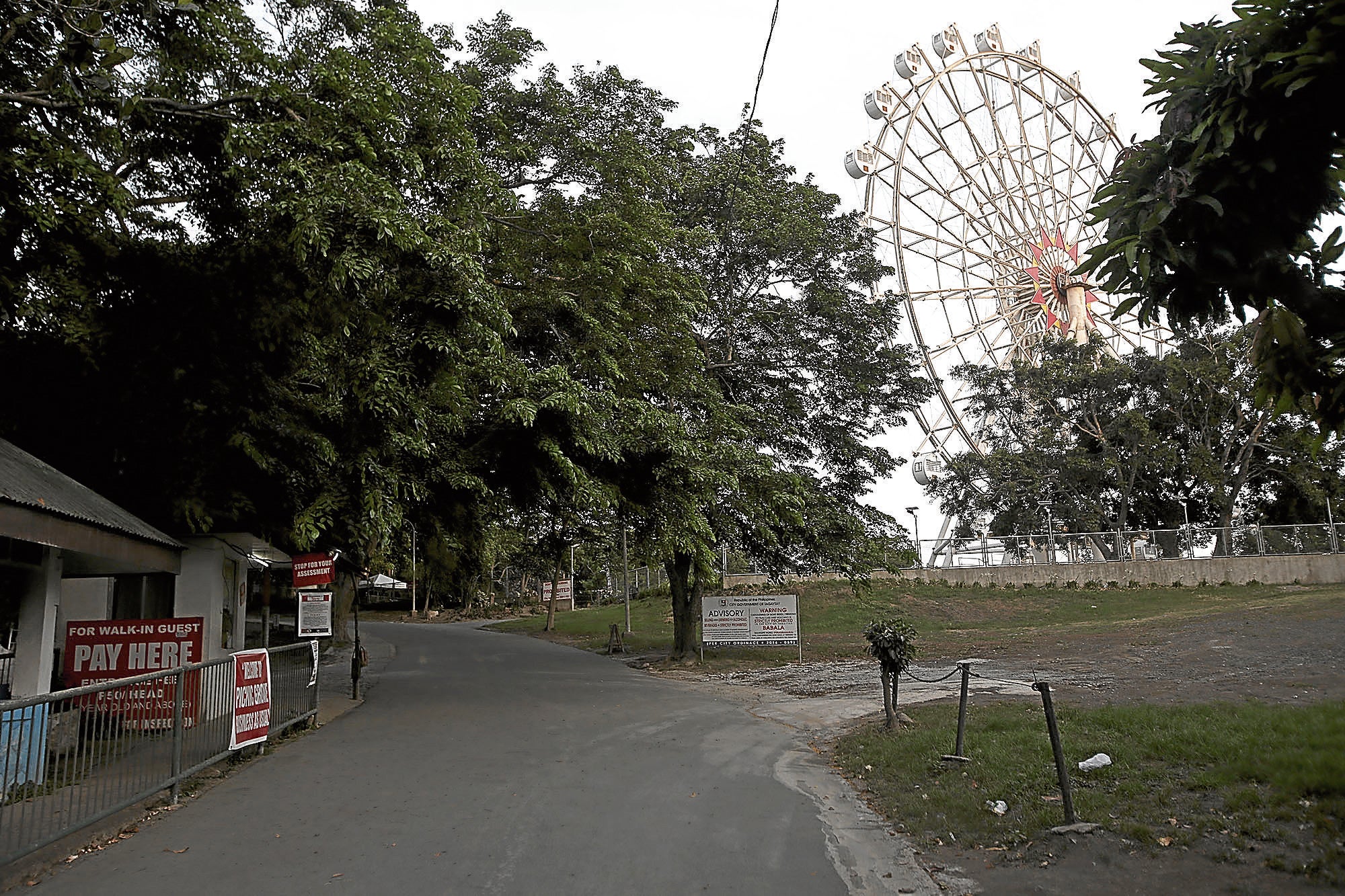 QUIET STREETS, EMPTY PARKS The usually busy streets and parks of Tagaytay, like Picnic Grove, have turned quiet, awaiting the return of tourists to one of the top leisure destinations in Southern Luzon.

Even as the quarantine protocols are projected to ease in the coming months, recovery may take a while, especially for sectors that depend heavily on spending by foreign tourists.

According to Calangi, resort owners have allowed locals to fish in the sanctuaries as long as they observe marine protection guidelines. They are also thinking of suspending diving fees once businesses reopen “in order to attract” guests.

“We are planning toward the promotion of local tourism. From time to time, we post [online] advertorial materials just to keep [the public’s] interest,” Lozano said.

“It’s sad, really a disaster, but the thing is you can’t just give up on your obligations,” he said.