CAPAS, Tarlac—Early in the morning while the town of Cristo Rey sleeps, community worker Arby carefully packs boxes of powdered milk and sandwiches in his house before heading at daybreak to Aeta villages in Barangay Sta. Juliana, a tourist jump-off site to Mount Pinatubo.

He then travels to the forested hills around Barangay Bueno, where indoor plumbing and fast internet matter less than a healthy herd of livestock.

Tarlac province, along with the rest of Luzon, has been under strict quarantine since March 17, as the government tries to contain the spread of the coronavirus.

Locking down the population will starve the virus of hosts, saving thousands if not millions of Filipino lives. But it’s a big-picture approach that can have dire consequences for those living in the margins.

Thus, community workers like Arby (who asked to be identified only by his nickname for security reasons) are worried that hundreds of quarantined Aeta families in Capas might starve first as their income sources vanish and food becomes scarce. 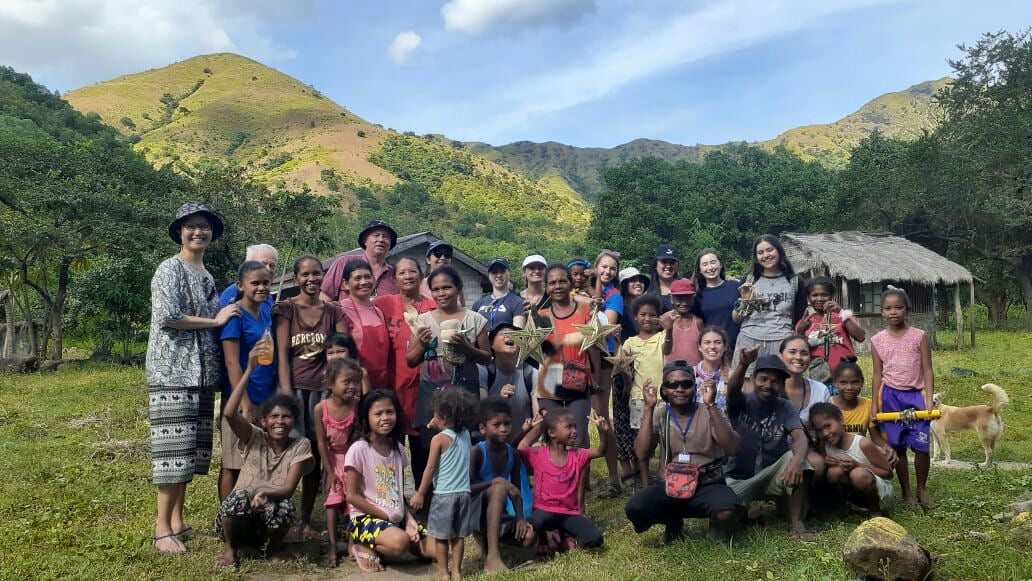 Guests from abroad visit the Aeta village in Sitio Yangil before the Luzon lockdown last March. The tour was organized by social enterprise Mad Travel. (Contributed by Virginia Ammay)

Delivering food on his motorbike, Arby drives across shallow rivers and dusty lahar-buried plains. The trip doesn’t take long, but it is important for him and his fellow volunteers that they leave early before security tightens at the checkpoints.

“The soldiers are very strict even if we are just bringing milk to the Aetas,” he said in a phone interview with the Inquirer.

Arby is the organizer of “Share the Love,” a donation drive that provides powdered milk to hungry Aeta children.

For now, the program is focused on Capas, a municipality best known these days for being the host of the sprawling New Clark City development project.

Arby said he tries to make deliveries to over 250 families in Santa Juliana and Bueno every other week. But with the supply of goods running dry in Cristo Rey, Arby is urging donors to ship powdered milk directly to his house instead of cash.

“There are so many families to feed,” he said. “We focus on the children. But sometimes even the elderly approach us asking for food to eat. How can I say no?” 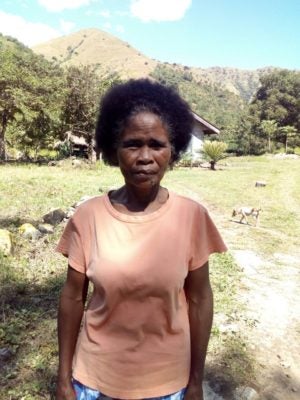 An Aeta woman of the Yangil tribe in Zambales. The community has embraced social tourism and joined efforts to restore the forests of San Felipe.

Before the COVID-19 outbreak, the Aetas of Capas made money as tour guides or traveled to towns such as Cristo Rey to sell kamote, ginger and banana heart harvested in their own lands.

Among the estimated 10 to 20 million indigenous peoples (IPs) scattered across the Philippines, the Aetas cope with poverty, lack of economic opportunities and discrimination.

Their isolation means they have no easy access to basic social services. In many cases around the country, IPs receive less priority when it comes to local government aid, private donors have told the Inquirer.

Like most of the poor, they are bearing the brunt of the lockdown.

On the other side of Mount Pinatubo, in San Felipe, Zambales, hungry Aetas depend on the likes Virginia Artap Ammay for help.

Ammay, who has been doing community work for nearly a decade, is the supervisor of agriculture and environmental projects of the group that runs The Circle Hostel Zambales.

Right now, the social tourism group is working to stay afloat while helping impoverished Aeta communities in San Felipe, a fourth-class municipality nestled between mountains on one side and the West Philippine Sea on the other. 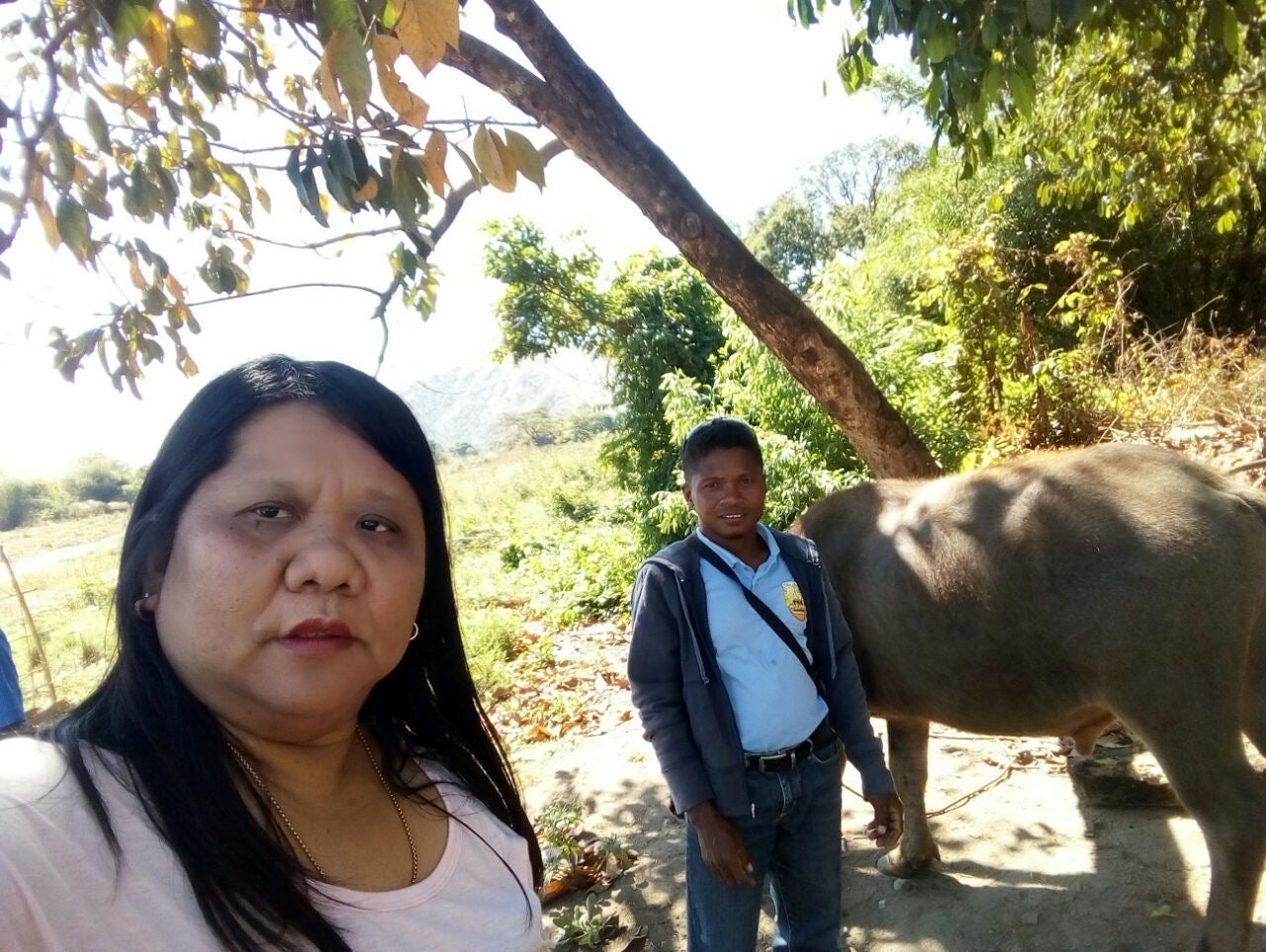 The military’s presence here is especially tight after an elderly man from Sitio Sagpat—a gateway to the Aeta communities living in the rolling hills and mountains of San Felipe—recently died of pneumonia-like symptoms.

Ammay said the man was never declared COVID-19 positive given the lack of testing.

The Aetas here face the same dire situation as those in Capas.

“The barangays reach out to me, sometimes through text message, to ask for food. I take screenshots then try to find people who can help,” Ammay said in an interview.

The local government, which relies on now-shuttered tourism activities such as surfing, is also struggling to feed the people in its towns.

IPs here were not the first to receive relief since many are given assistance through the government’s conditional cash transfer program for poor households.

Unlike Capas, the Aetas in Zambales are more isolated. Ammay said she worked hard to earn their trust.

“It was different before we came here in 2015. If someone was very ill, they just wait for the person to die if their herbal medicines are not effective,” she said. “Today, I can coordinate with the local government and they now allow us to treat their sick.” 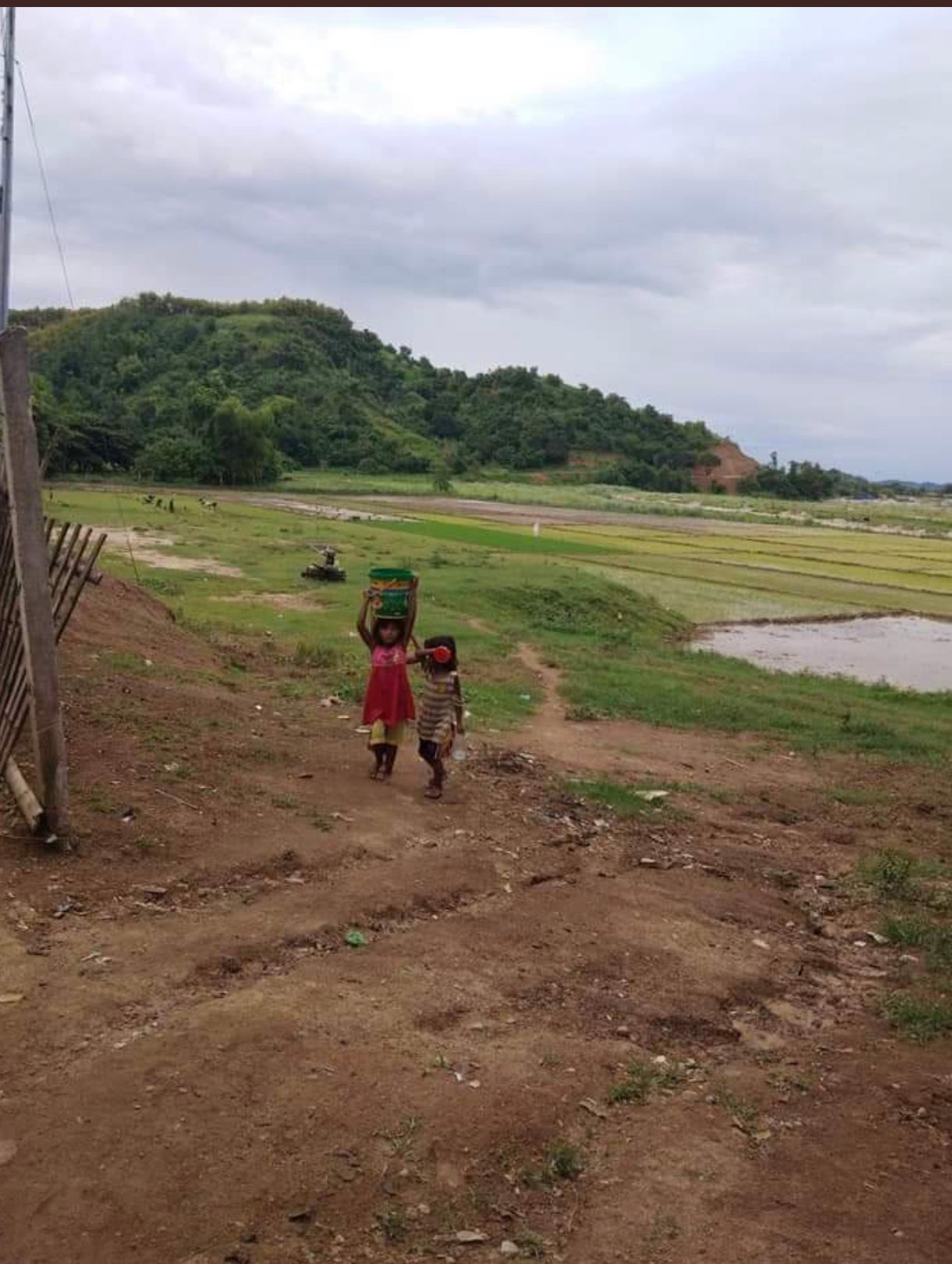 Since the lockdown began, the Aetas in Capas, Tarlac have been unable to visit the towns in the lowlands to sell their agricultural products.

Ammay said their efforts are currently focused on the Aetas of Sitio Yangil, about 5 km away from Sitio Sagpat.

Although there are villages that are even more isolated, reaching the Yangil tribe can be a challenge and travel by carabao or a sturdy 4×4 is a must.

Visitors need to cross lahar fields and rivers that turn into dangerous, fast-moving currents during the rainy season.

It is in Sitio Yangil and other areas where social tourism enterprises like Mad Travel endeavor to make a difference by helping inhabitants escape poverty.

Rafael Dionisio, co-founder of Mad Travel and Circle Hostel, said they are continuing their core reforestation program even as tourism disappears due to COVID-19.

“Tourism gets them out of the hunger zone. But the land has to produce something,” Dionisio said in an interview.

Before the lockdown, money generated from tourism helped pay the Aetas to plant fruit trees such as sampaloc, guyabano and jackfruit. These will later create a sustainable source of income.

Amid the lockdown, Mad Travel has shifted gear and is asking donors to “buy trees”.

On its website (https://madtravel.org/feed-filipino-farmers-today-fund-tomorrows-forest/), a P150 donation can plant one fruit tree while up to P25,000 can generate 150 trees, bundled with an online social entrepreneurship course.

Through crowdfunding, Mad Travel has raised P115,784 from 47 backers and another P79,150 offline. It is still well below its P2 million goal. 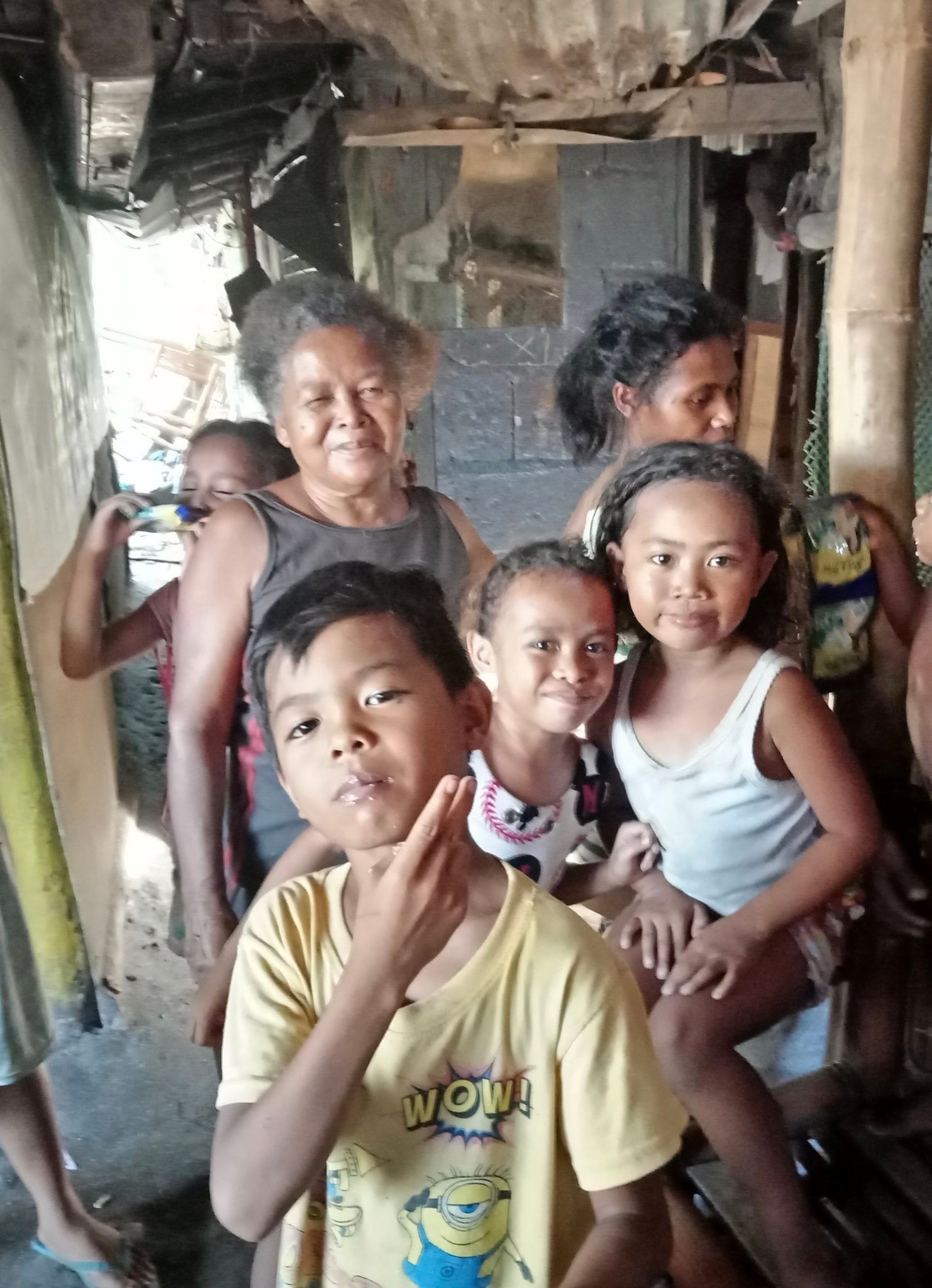 An Aeta family in Barangay Bueno, Capas, Tarlac, poses for a picture after receiving sachets of powdered milk. (Contributed photo)

The Aetas of San Felipe are also getting support from other good samaritans.

Last week, a humanitarian mission organized by the Rotary Club of Makati passed five checkpoints from Metro Manila to Zambales to bring 50 packs of rice, canned goods and medical gear.

According to donors, navigating the government’s lockdown rules turned out to be confusing, especially early on, and this hampered efforts to deliver essential supplies such as food and face masks.

That recent delivery was from Fund The Forest, which is also working closely with Mad Travel to support the Yangil tribe. The money it raises on its website (https://www.fundtheforest.com/shop) will also be used to plant fruit trees, buy water pumps, planting tools and carabaos.

Fund The Forest director Raphael Jose P. Galvez said they are stepping up efforts to help the Aetas throughh this difficult period.

“These are the kind of people that will find a way to survive no matter what happens. But we don’t want to leave it like that,” he said in an interview.

Told about the various community efforts in San Felipe, Arby said he hoped to replicate some of these in Capas.

He keeps in his laptop a digital file of 247 children up to seven years old, their names and the brands of milk they consume. He said hundreds more need help but this is all he can handle at the moment.

“Everyone here is having a hard time. We just hope the lockdown will end soon,” he said.