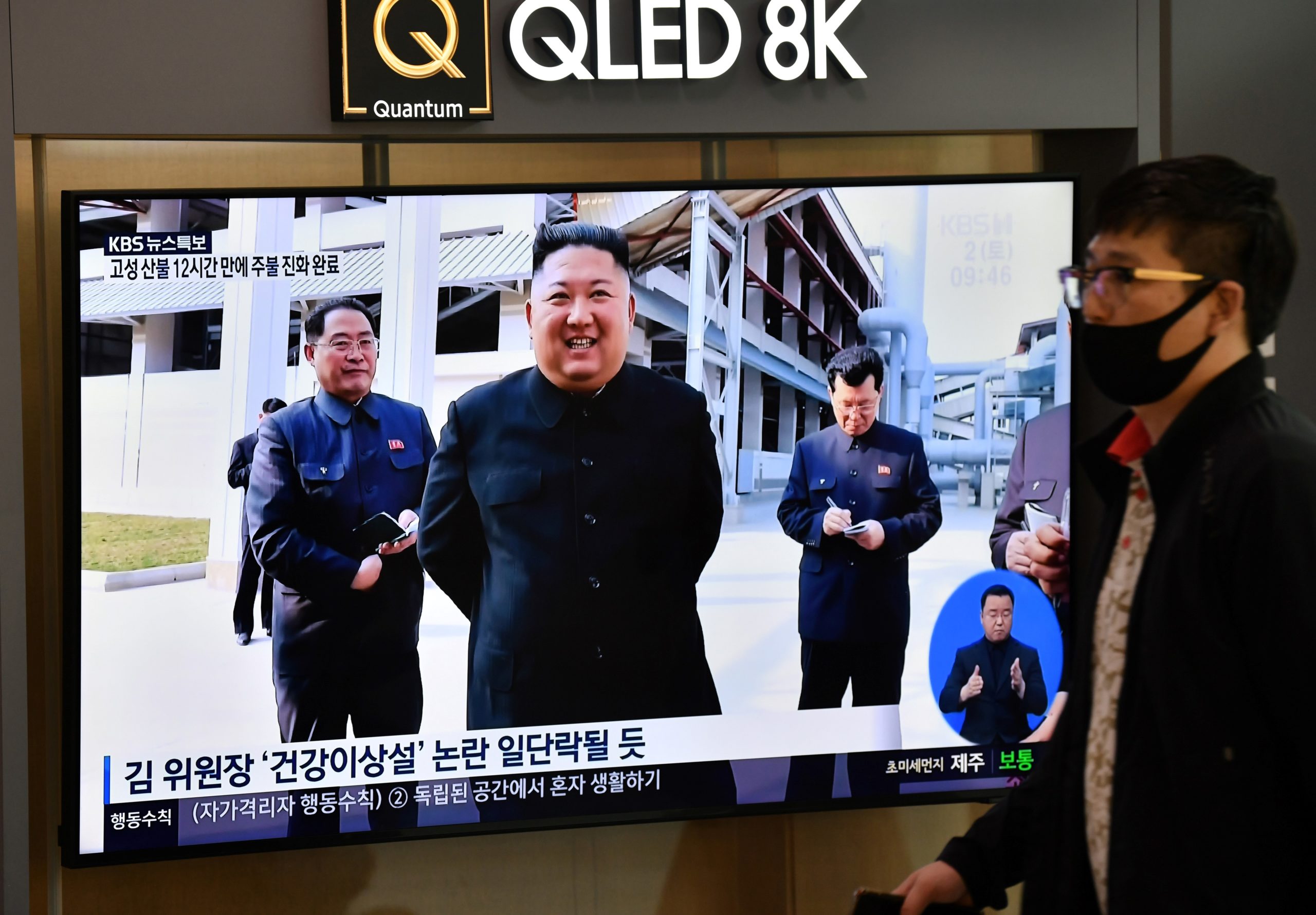 A man walks past a television news screen showing a picture of North Korean leader Kim Jong Un attending a ceremony to mark the completion of Sunchon phosphatic fertiliser factory, at a railway station in Seoul on May 2, 2020. – North Korea’s Kim Jong Un has made his first public appearance in nearly three weeks, state media reported on May 2, following intense speculation that the leader of the nuclear-armed nation was seriously ill or possibly dead. (Photo by Jung Yeon-je / AFP)

SEOUL — North Korean leader Kim Jong Un has made his first public appearance since speculation about his health began last month, cutting the ribbon at the opening of a fertilizer factory, the Korean Central News Agency (KCNA) reported Saturday.

Kim “attended the ceremony” on Friday and “all the participants broke into thunderous cheers of ‘hurrah!'” when he appeared, KCNA said.

He also inspected the facility and was “briefed about the production processes,” the report said.

Kim “said with deep emotion” that his grandfather Kim Il Sung and father Kim Jong Il “would be greatly pleased if they heard the news that the modern phosphatic fertilizer factory has been built,” KCNA added.

Kim has not made a public appearance since presiding over a Workers’ Party politburo meeting on April 11, and the following day state media reported on him inspecting fighter jets at an air defense unit.

Conjecture over his health had grown since his conspicuous no-show at April 15 celebrations for the birthday of his grandfather Kim Il Sung, the North’s founder — the most important day in the country’s political calendar.

A top security advisor to South Korea’s President Moon Jae-in said less than a week ago that Kim was “alive and well,” downplaying rumors that he was ill or incapacitated.

The advisor, Moon Chung-in, told CNN that Kim had been staying in Wonsan — a resort town in the east of North Korea — since April 13, adding: “No suspicious movements have so far been detected.”

Citing an unidentified source inside the country, it said Kim, who is in his mid-30s, had needed urgent treatment due to heavy smoking, obesity, and fatigue.

Soon afterward, CNN reported that Washington was “monitoring intelligence” that Kim was in “grave danger” after undergoing surgery, quoting what it said was an anonymous US official.

US President Donald Trump appeared to confirm that Kim was alive earlier this week.

Previous absences from the public eye on Kim’s part have prompted speculation about his health.

The North is extremely secretive, and doubly so about its leadership.

Kim’s father and predecessor Kim Jong Il had been dead for two days before anyone outside the innermost circles of North Korean leadership was any the wiser.

In 2014, Kim Jong Un dropped out of sight for nearly six weeks before reappearing with a cane.

Days later, the South’s spy agency said he had undergone surgery to remove a cyst from his ankle.