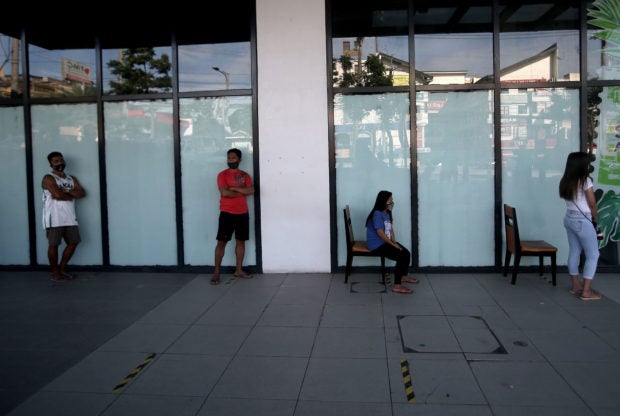 Essential work gatherings and religious activities will still be prohibited in areas under general community quarantine (GCQ) in order to prevent further transmission of the novel coronavirus.

“The IATF has heeded the call of our local officials and is prohibiting once more, work gatherings and religious activities in areas covered by the GCQ,” said presidential spokesperson Harry Roque.

The Palace official made the announcement on Friday, a day after the IATF decided to conditionally allow essential work gatherings and religious activities in GCQ areas.

In its initial guidelines on the GCQ, the IATF said mass gatherings are still prohibited but work and religious gatherings may be allowed as long as strict physical distancing is observed.

These complaints prompted the IATF to review its guidelines on mass gatherings in GCQ areas. In areas under enhanced community quarantine, mass gatherings continue to be prohibited.

Roque said the IATF has consulted with religious leaders of different faiths, who all agreed that the health of their faithful should come first.

“So according to the IATF, there should be no religious meetings while there is an ongoing GCQ in some areas,” the Palace official said.

He added that religious groups have implemented alternative ways of reaching their faithful through the Internet, mass media such as TV and radio mediums, apart from one’s personal relationship with God.

The IATF earlier placed “low to medium risk” areas under GCQ which the government said will be the “new normal” while a cure or vaccine for COVID-19 is not yet found.

Certain sectors and industries were allowed to resume partial operations in GCQ areas, but those related to leisure, amusement, gaming, fitness and other similar activities were not.