Daughter of slain Iloilo activist, 41 others nabbed for quarantine violations 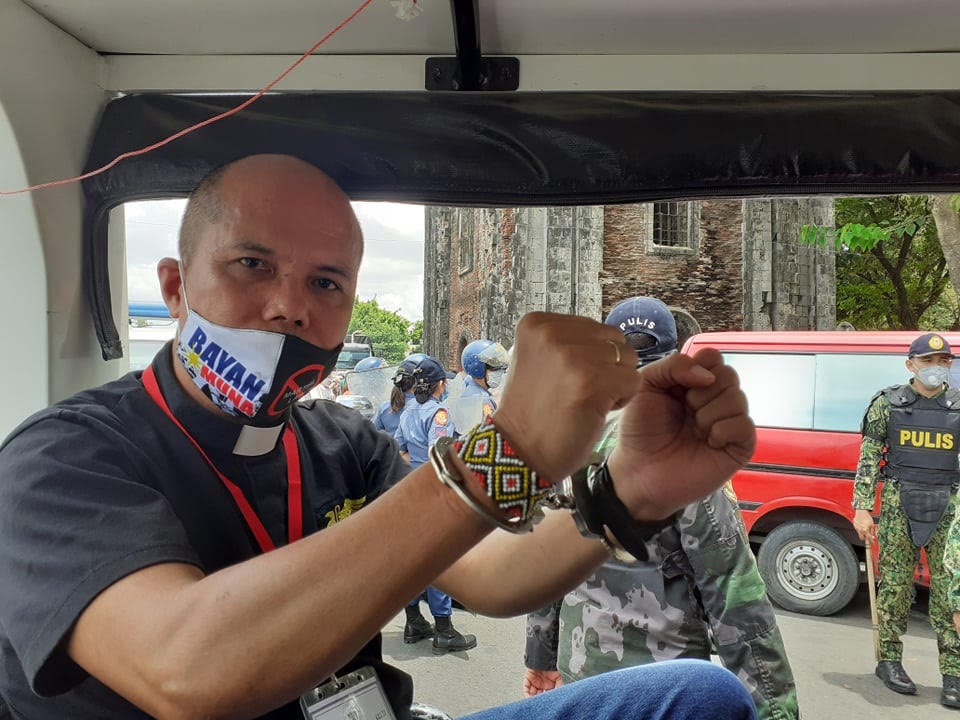 ILOILO CITY –– Policemen on Friday arrested the daughter of slain Iloilo activist Jose Reynaldo “Jory” Porquia and 41 others, who were attempting to hold a caravan to condemn his killing and demand justice.

Krisma Niña Porquia was among those arrested at the Jaro District plaza before noon, hours after activists negotiated with policemen to allow them to hold an indignation caravan to the place where Porquia was gunned down, and light candles.

Also arrested were Fr. Marco Sulayao of the Promotion of Church Peoples’ Response and leaders of militant organizations, including the Bagong Alyansang Makabayan and Gabriela.

Policemen told the activists they were arrested for violating the executive orders on enhanced community quarantine measures that prohibit mass gatherings. 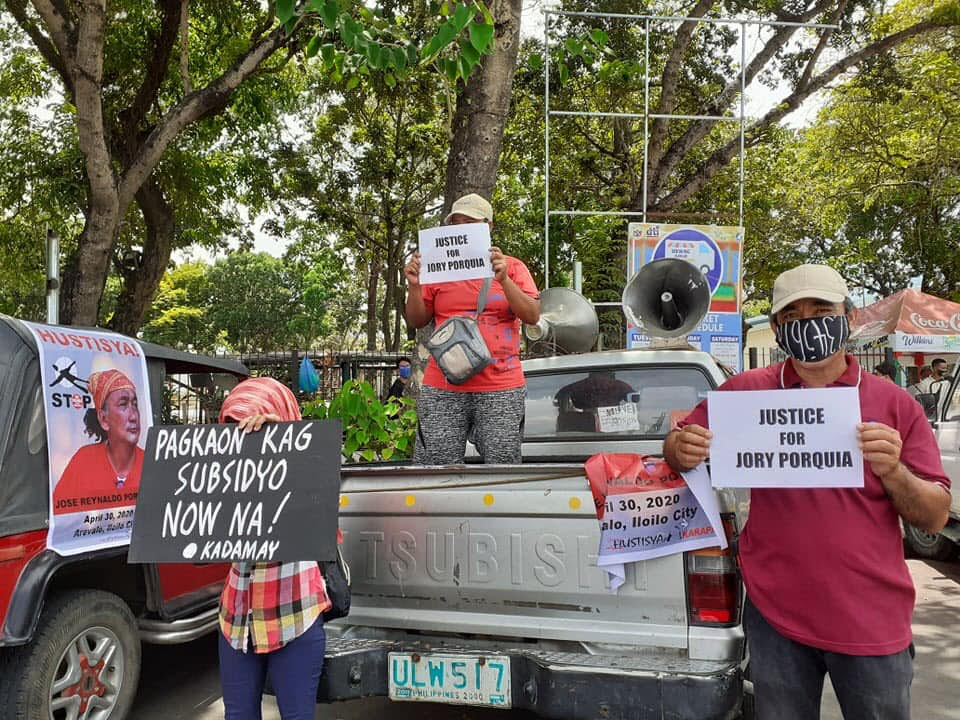 “We did not intend to violate community quarantine rules. We opted for a caravan to maintain physical distancing and we were wearing face masks,” said Elmer Forro, secretary-general of Bayan-Panay.

Forro said they negotiated with policemen to allow them to hold the caravan but later agreed to go home when the policemen, including crowd-control personnel, surrounded and blocked the activists at the plaza.

“We were surprised when more policemen arrived and started arresting us,” Forro said.

“Even under an enhanced community quarantine, our rights under the Philippine Constitution remain and should be respected,” he said.

Porquia, a founding member and Iloilo City coordinator of the partylist group Bayan Muna, was a known activist who led food relief activities in communities worst affected by quarantine measures.