US, China block UN resolution in spat over WHO handling of pandemic 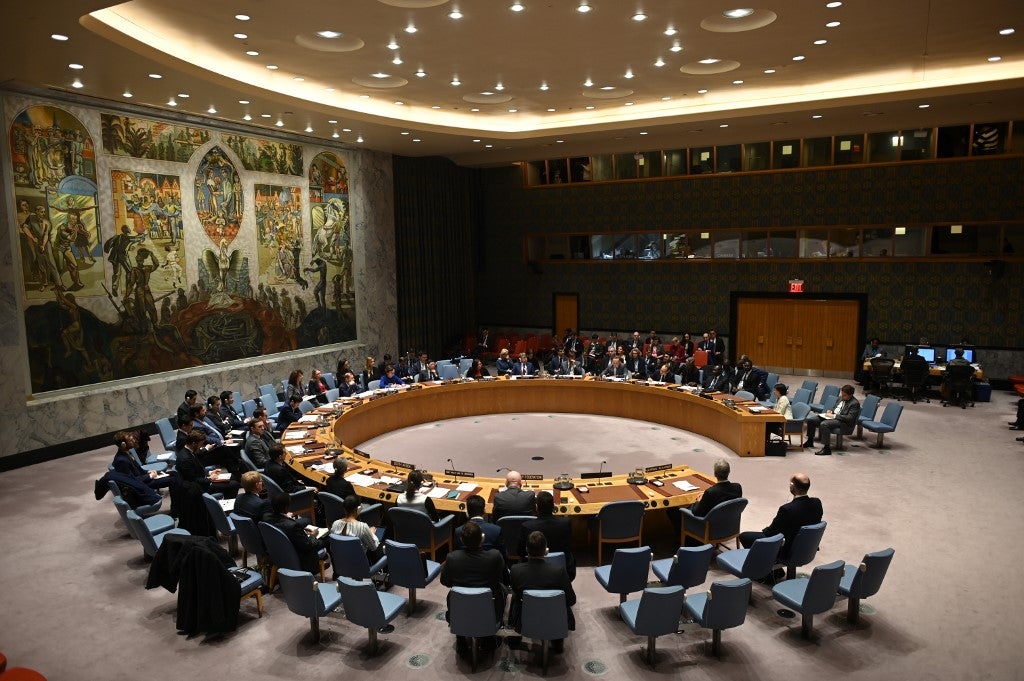 The United States and China remained at loggerheads Thursday over a UN Security Council draft resolution calling for a 90-day humanitarian pause in conflicts worldwide in the face of the coronavirus pandemic.

The stalemate — over a mention of the World Health Organization — leaves little hope of a quick vote as the Security Council struggles to find a response to the global crisis, remaining largely mute since the once-in-a-century pandemic began killing tens of thousands of people and shutting down economies across the world.

“It’s absolutely essential that countries come together and that the big powers are able to overcome their difficulties in order to allow for the Security Council to be more active and more effective,” he said.

“We need unity and strength from the international community. All our efforts depend on strong political backing.”

The text, authored by France and Tunisia and obtained by AFP, has been under discussion for weeks.

It calls for a 90-day humanitarian pause to bring aid to the most vulnerable populations caught in conflicts around the globe, including in places such as Afghanistan and Yemen.

The draft also supports a March 23 plea by Guterres for a worldwide ceasefire to facilitate the fight against the coronavirus.

But Washington and Beijing remain at loggerheads over how to refer to the World Health Organization (WHO) in the text.

The WHO’s role in dealing with the pandemic has been vilified by US President Donald Trump, who complained it had not been transparent about the coronavirus and suspended US funding to it. China responded by offering additional funding.

China “insists on a mention of the World Health Organization” in the text, while the United States does not want it, several diplomats explained, asking for anonymity.

“We don’t comment on ongoing negotiations” at the Security Council, the US State Department said when asked about the stalemate.

No reaction could be obtained from the Chinese mission to the UN.

The co-authors of the text, like the rest of the Security Council, are reduced to waiting for a compromise between the two permanent members, each of which has a right of veto.

There has been no progress since the beginning of the week, other diplomats added.

A vote had been expected this week, and Guterres has been pressing for one for more than a month. But this seems less and less likely over the short term because of the disagreement between the US and China.

“I am particularly worried about the lack of sufficient solidarity with developing countries — both in equipping them to respond to the COVID-19 pandemic, which risks spreading like wildfire, and to address the dramatic economic and social impacts,” Guterres said.

One diplomat said there will probably not be a vote this week.”Let’s see if next week will bring something new,” this diplomat said.

The stalemate could end quickly if the US and China find a compromise, one Western ambassador said. The WHO mention is just a side issue in a draft centered on support for a ceasefire in some 20 war or conflict zones around the world, this ambassador said.

As it stands, the resolution now has a blank space where the WHO mention is supposed to go and how to fashion it will be decided at the end of the negotiations. France and Tunisia could simply decide to scrap such a mention altogether, although this idea might be vetoed by China, with support from Russia.

Except for a virtual meeting on April 9, the Security Council has remained silent on the biggest global crisis since World War II.