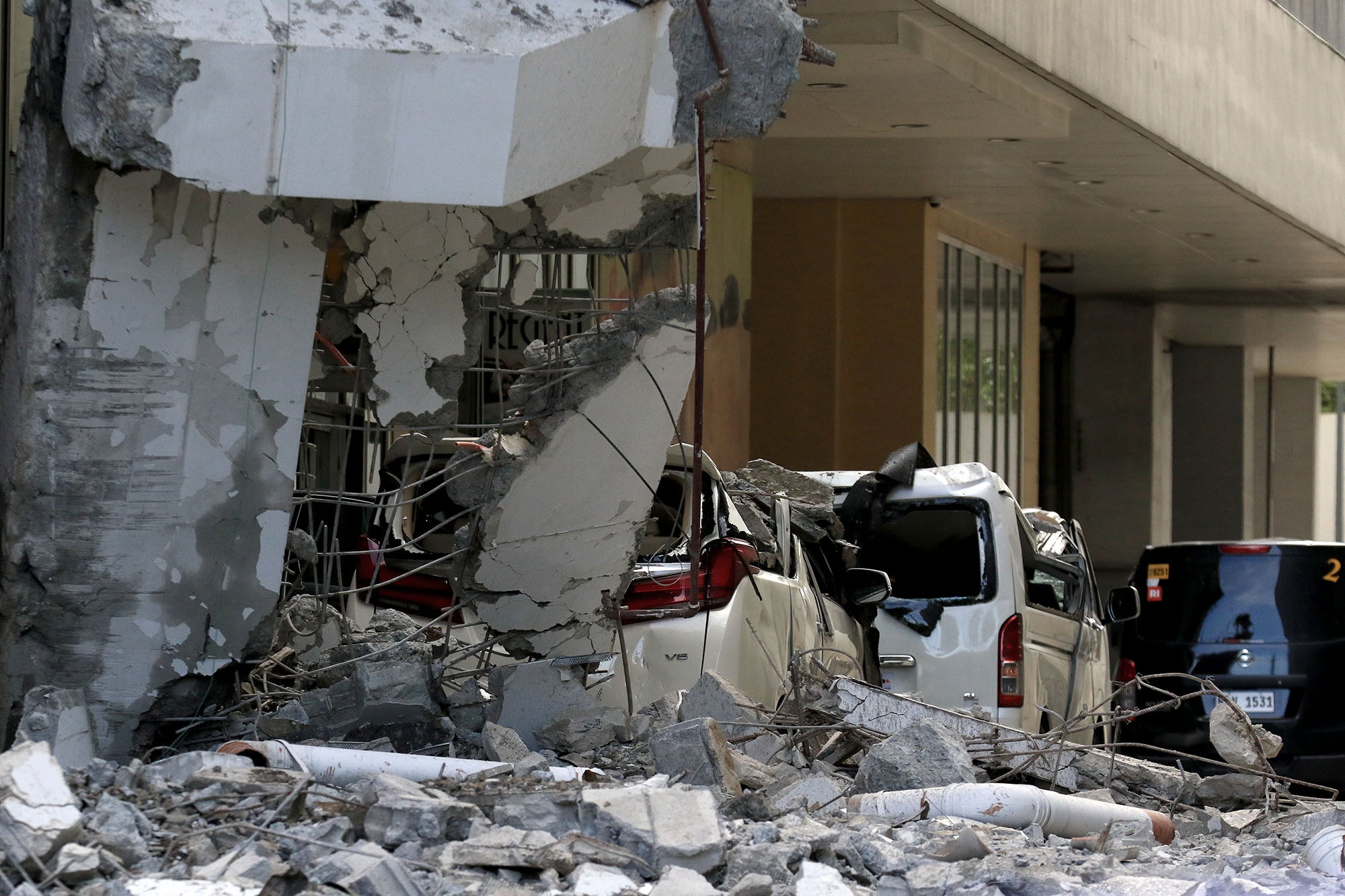 At least two people were hurt after part of the side wall of a condominium’s parking area in Makati City crumbled and fell on three vehicles on Thursday morning.

According to the Bureau of Fire Protection (BFP), a portion of the terrace on the sixth floor of SMDC Jazz Residences’ Tower D “sustained damage,” causing a concrete slab to fall on the driveway facing Nicanor Santos Street around 11 p.m. “Initial inspection and damage assessment of the collapsed structure revealed that the main building remains intact,” BFP Makati said in its report.

In a statement, SMDC said that based on an inspection of the mall premises and residential buildings conducted by the structural consultant, Sy 2, and city engineers, the buildings were safe for occupancy.